“Are we the prey? No, we are the hunters!” Attack on Titan, or its original title Shingeki no Kyojin, is a tragic tale which starts out as humanity’s struggle against monsters, but evolves into an exploration of the evils of human nature, war, politics, more. Originally a Manga series that has been adapted into a high quality anime show, it has reached mainstream popularity and will now air its final season. Builder Pieter Dennison commemorates the very first episode with the town of Shiganshina being attacked by Titans. 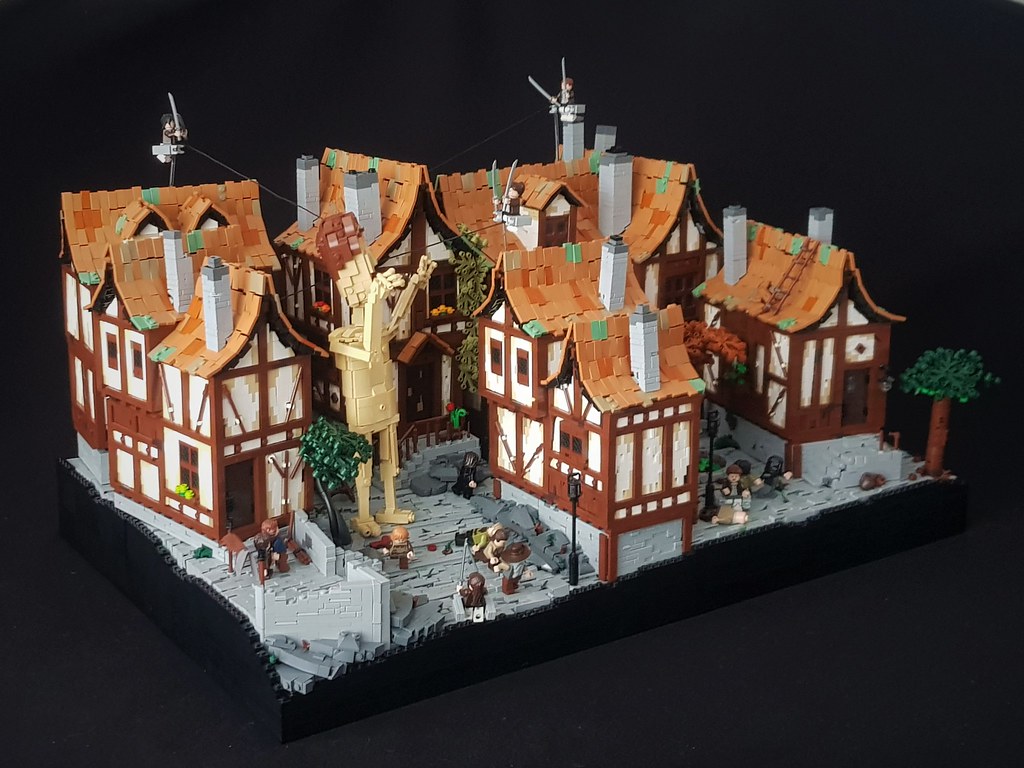 This scene is just draws you in with the detailed buildings and uneven streets, forcing you to take a closer look at the way Pieter manipulates LEGO pieces to give this build a rough, aged feel. There is plenty of subtle use of texture and discolouration that doesn’t distract from the action that takes place. Minifigs representing townspeople flee from the Titan, which devours an unlucky soul. The soldiers of the Survey Corps swoop in from above with Spider-Man-esque manoeuvring gear to take down the grotesque monster. But can they save humanity from this mysterious threat? 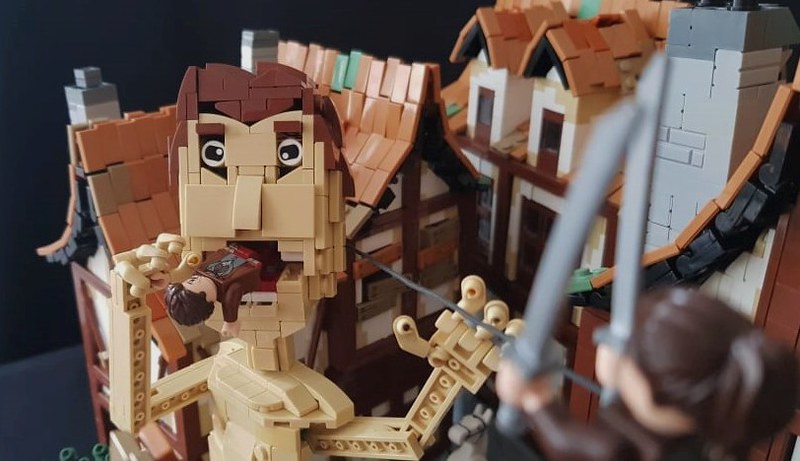 This action-packed scene already got one of the opening songs stuck in my head…
“Seid ihr das Essen?
Nein, wir sind die Jäger!”