Trains remain one of the strongest fandoms out there, bringing tons of people together in the LEGO community. Intent on expanding and upgrading, fans of LEGO trains spend hours and weeks building models such as this for their displays. The efforts often pay off, resulting in beautiful reproductions of real-life landmarks. This model of Linderei Station from 1912 was built by Pieter Post to go along with another builder’s works for a larger display. The beauty of LEGO train builders is they can literally connect their worlds together. 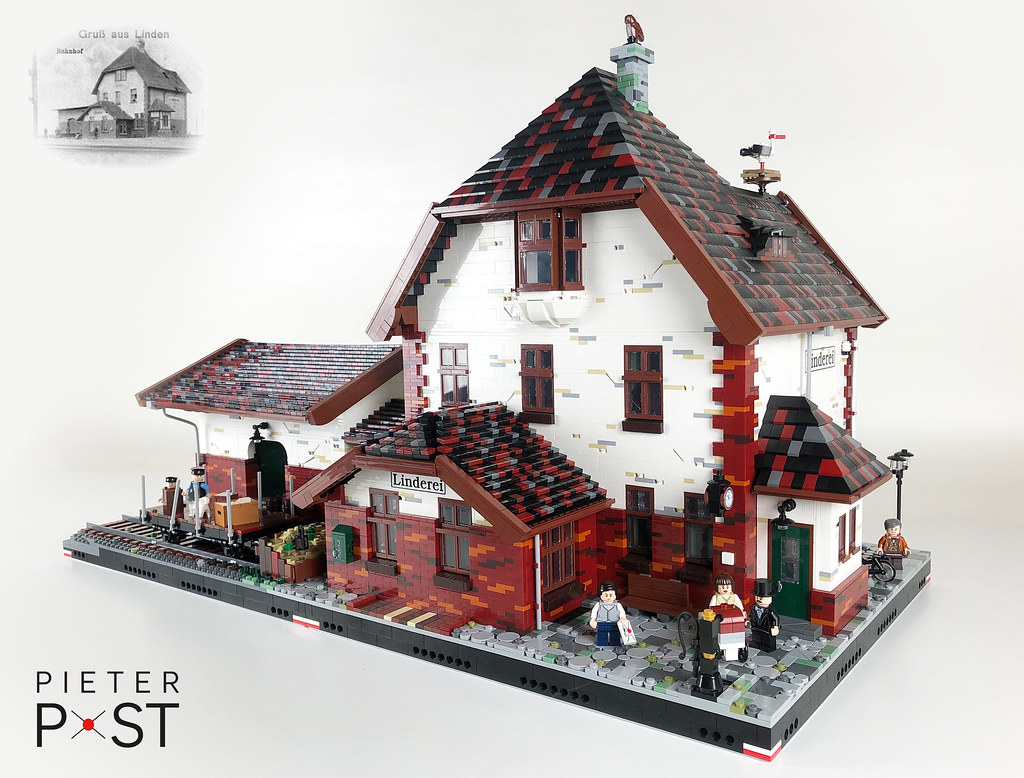 Cobblestone wraps around the building, constructed from red, brown, and orange plates to create a brick-like pattern. The white, tan, and light bluish grey upper walls mimic this while also adding in contrasting slope bricks at various points. These create a small slanted slit which adds an extra level of texture to the walls. The rooftops are constructed with an alternating red, black, brown, and grey color scheme of tiles or sloped bricks. The brown-trimmed windows throughout the build use various techniques to accurately model the station. Pieter was nice enough to include a small inset photo of the historic station with “Greetings from Linden” written above it. 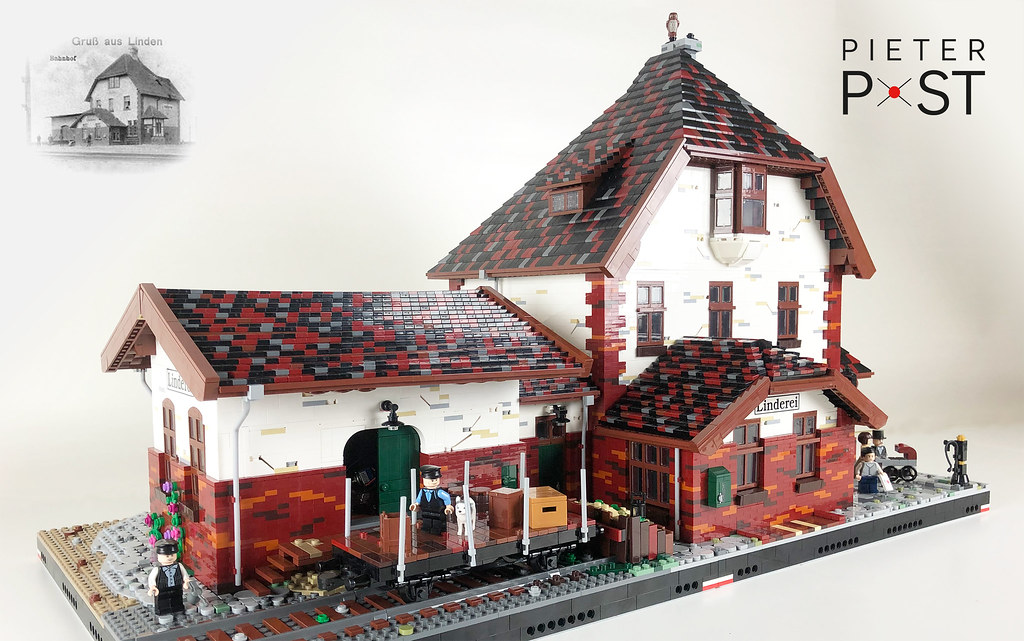 When you get to building this big, it has to be modular for transportation. In addition, it also allows some fun looks inside of sections of the build that might be hidden while it’s being displayed. Fun details like this clever lavatory are the secret gems of large builds. 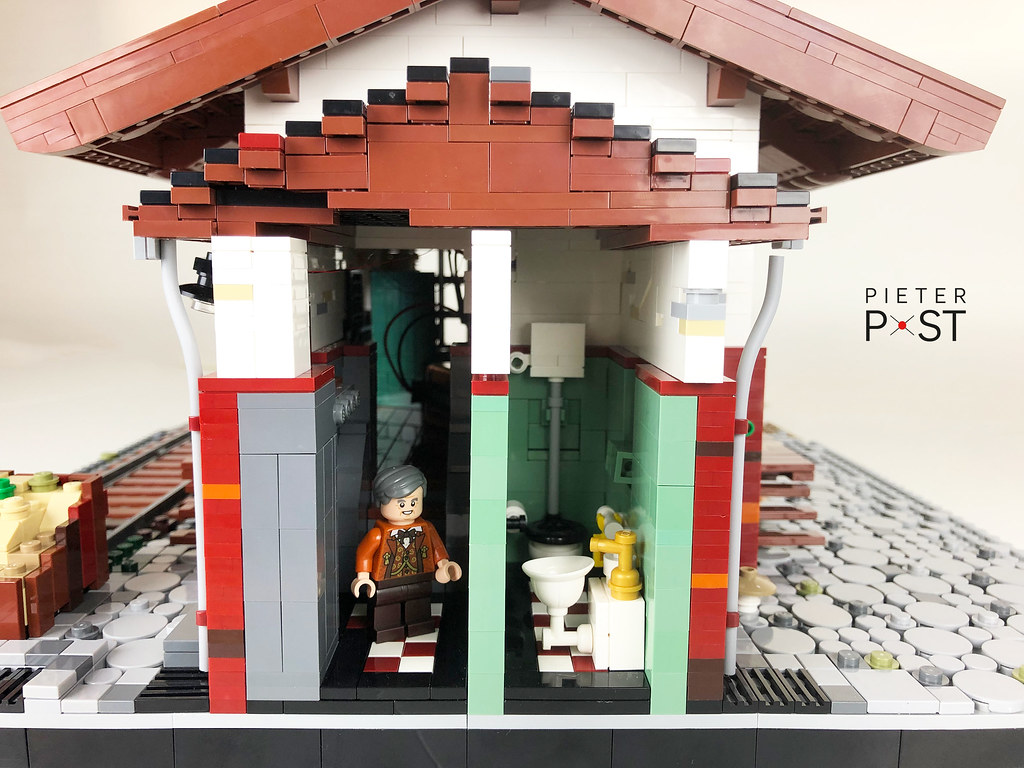 Hidden on the side of the station is this inventive little bike rack made with angled space arms. Ivy and flowers grow beside plastered newspapers and what I assume to be an electrical box of some sort. 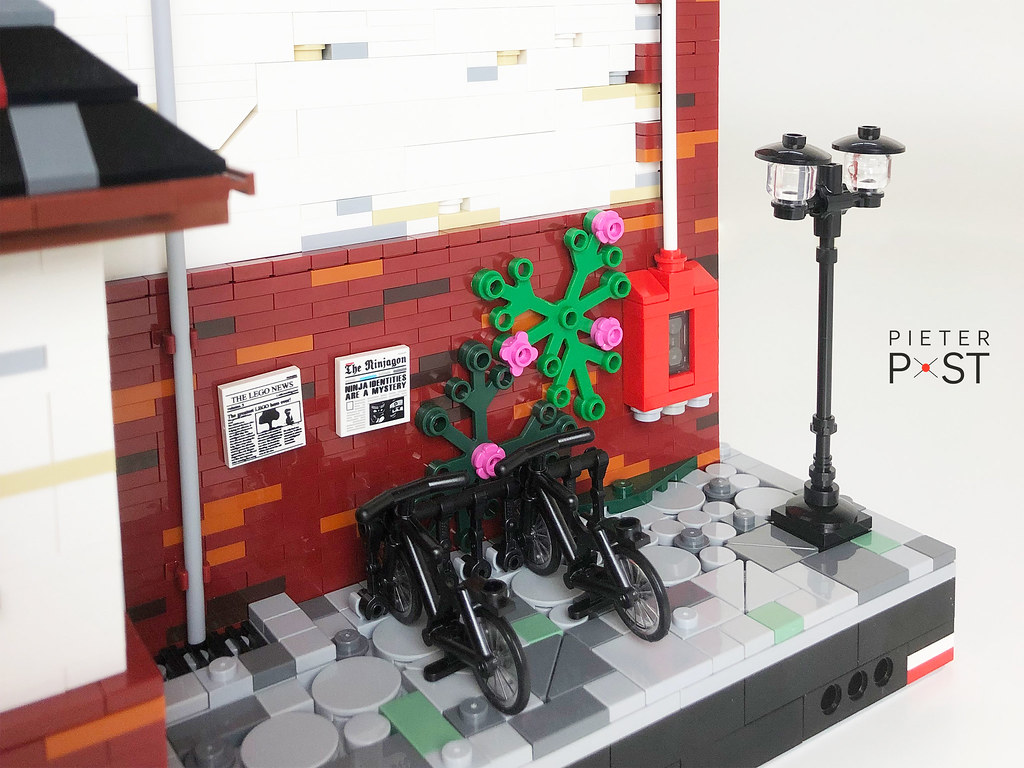 The back of the model makes use of more flowering ivy to accent the building. Various other windows line this side of the model with cute little sills poking out slightly. I love the gutter pipes and green doors, along with the gables of the roof. The sand green used in the chimney, just peeking over the roof here, is a great accent color. Details such as that, the owl, or the stork that Pieter added are wonderful, little eye-catching elements. 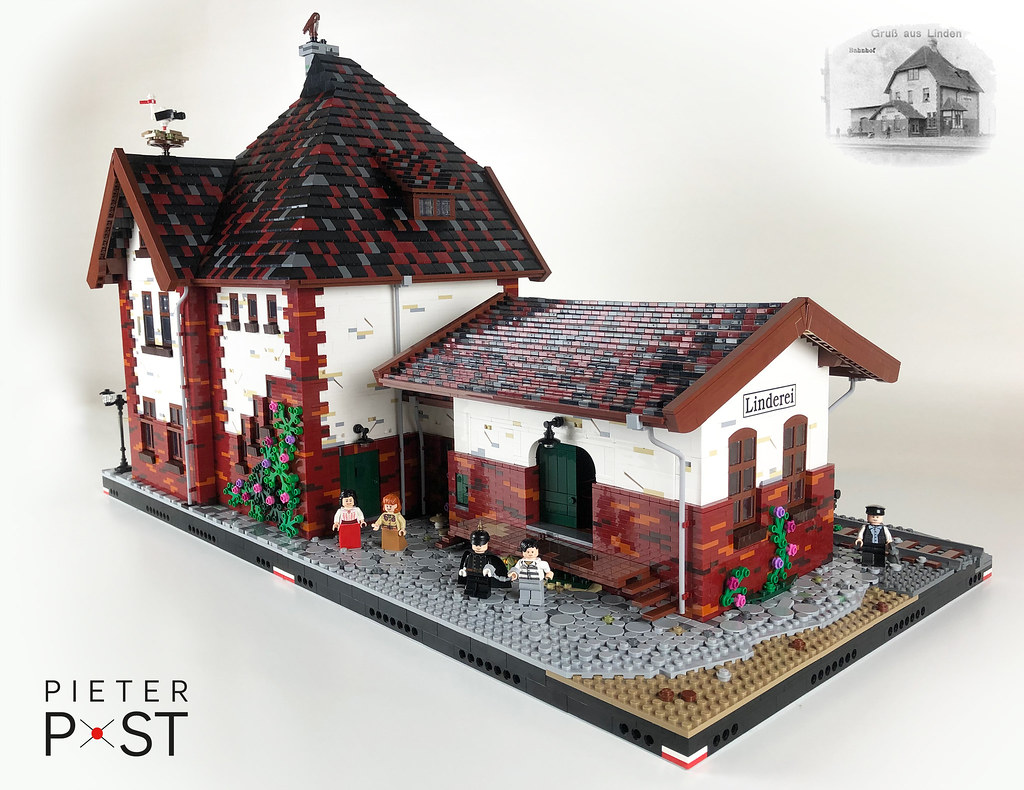 Pieter Post built this to go along with a ramp and bridge by UrbanErwin. Collaborative displays are always wonderful to see. Strong relationships in the community show the true strength of LEGO.