Simon Liu has a history of building mech-style creations with unconventional operators. When he saw the Frog Mario upgrade from LEGO’s Super Mario Bros. line, he knew pretty immediately that he wanted to use the hat in such a creation. But instead of a sci-fi type mech, the creative process took him in the direction of a fairy tale frog prince in shining armor. 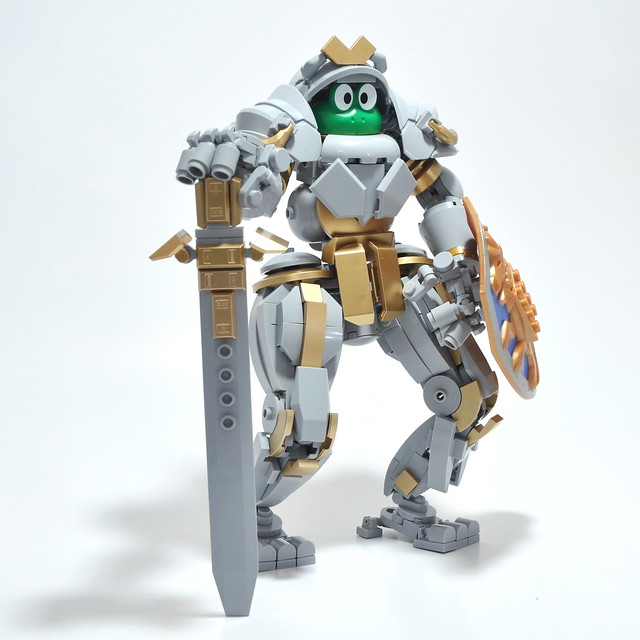 The final result is both adorable and imposing. This regal frog is ready to leap into battle with armor that looks custom made for his amphibian anatomy, thanks in large part to the ample use of Overwatch Reinhardt shoulder pieces.

Hopefully it provides enough protection that he won’t croak in battle.