There’s some disquieting backstory to this great Cruella DeVille figure by Kale Frost  -it started out as a BrickHeadz Dalmatian set. That’s taking the source material pretty literally. Less literal are some of the great part choices made to complete the character – that’s a Ninjago die spinner in the dress and balloon panels make up the coattails. The face is expressive, the pose is dynamic, and I’m still creeped out by it. Maybe it’s the tiny dog bones used as decoration along the edge of the display stand. That’s just dark, Kale. 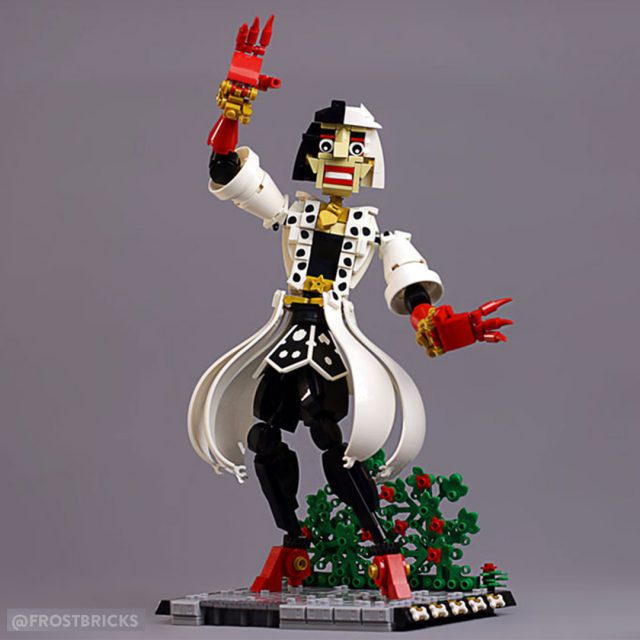 Interestingly (and impressively) Kale transformed the BrickHeadz set into Cruella in a one day build, as documented in this great  “Taking the Set Further” video:

If you’d prefer your LEGO animals in a more lively state, why not take a stroll through our dog archives? Plenty of perky puppies in there!