To this day it still baffles me that they managed to make three movies out of the book The Hobbit. It’s not a complaint, I do love the movies, but it’s just strange to me. Especially since the book is about a third the length of The Lord of the Rings, which also is three movies long. But let’s not get into that for now. Jaap Bijl drew inspiration from the movie The Hobbit for their latest LEGO creation. 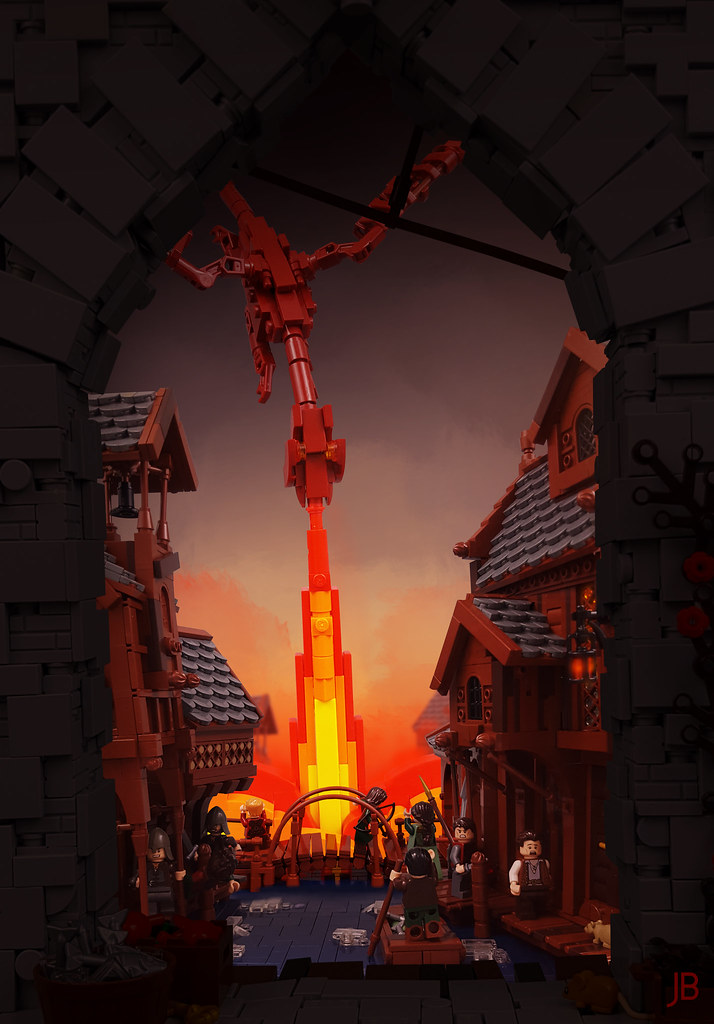 Here we see the dragon Smaug setting flame to Lake-town. The atmosphere Jaap managed to create is amazing. Smaug itself is a miniature and the fire he is breathing is done simple yet really effective with bricks, plates and tiles transitioning from yellow to red. Smaug being dark red makes him feel and look like he is part of the fire he is creating. But what’s interesting is that not a single fire piece was used in this creation, and yet it still looks and feels very much on fire. One thing that also contributes to this great model is the backdrop, which to me hardly even looks like it is edited in. Framing the main scene with a dark brick build archway is a really nice and effective way to set the mood and draw your attention to the center of the picture. However, if you zoom in on the arch you’ll find lots of hidden details in the darkness. Last but not least I would like to note the use of round quarter tile to create those great rooftop shingles.