After a long journey, two weary travelers have finally set their eyes on their destination – and what a destination it is. Builder Joe (jnj_bricks) is no stranger to working with effective forced perspective, and this time he’s delivered such a large model that it’s hard to fathom it isn’t actually to scale with the minifigures in the foreground. But this amazing build has more going for it than size alone. The lighting of the scene is incredible, and the mountain sanctuary looks suitably carved from the rocks that surround it. The pillars and arches offer enough variety to keep your eye entertained, while repeating enough shapes to make the location feel cohesive. But I think my favorite detail is the two streams of water falling in the background. The layering of trans-clear plates and tiles to create arcs of water falling off of and away from the cliff is in an incredibly clever touch that adds to the model’s overall feeling of realism. 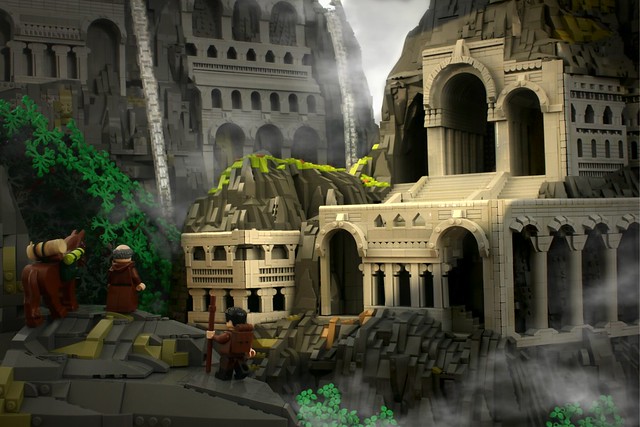 2 comments on “A mountain sanctuary as big as a mountain”