Whenever I go to a new building that is quite large and has a big open space, like a warehouse or a church, I always get the feeling that I am a tremendously small speck of a human being on a very big planet. It is almost humbling in a way. I’ve never had this feeling when looking at a LEGO creation up till now. The picture of the blacksmith created by Benjamin Stenlund evoked the exact same feeling for me. This building has to be between 35 to 40 bricks high. Which by itself is massive. 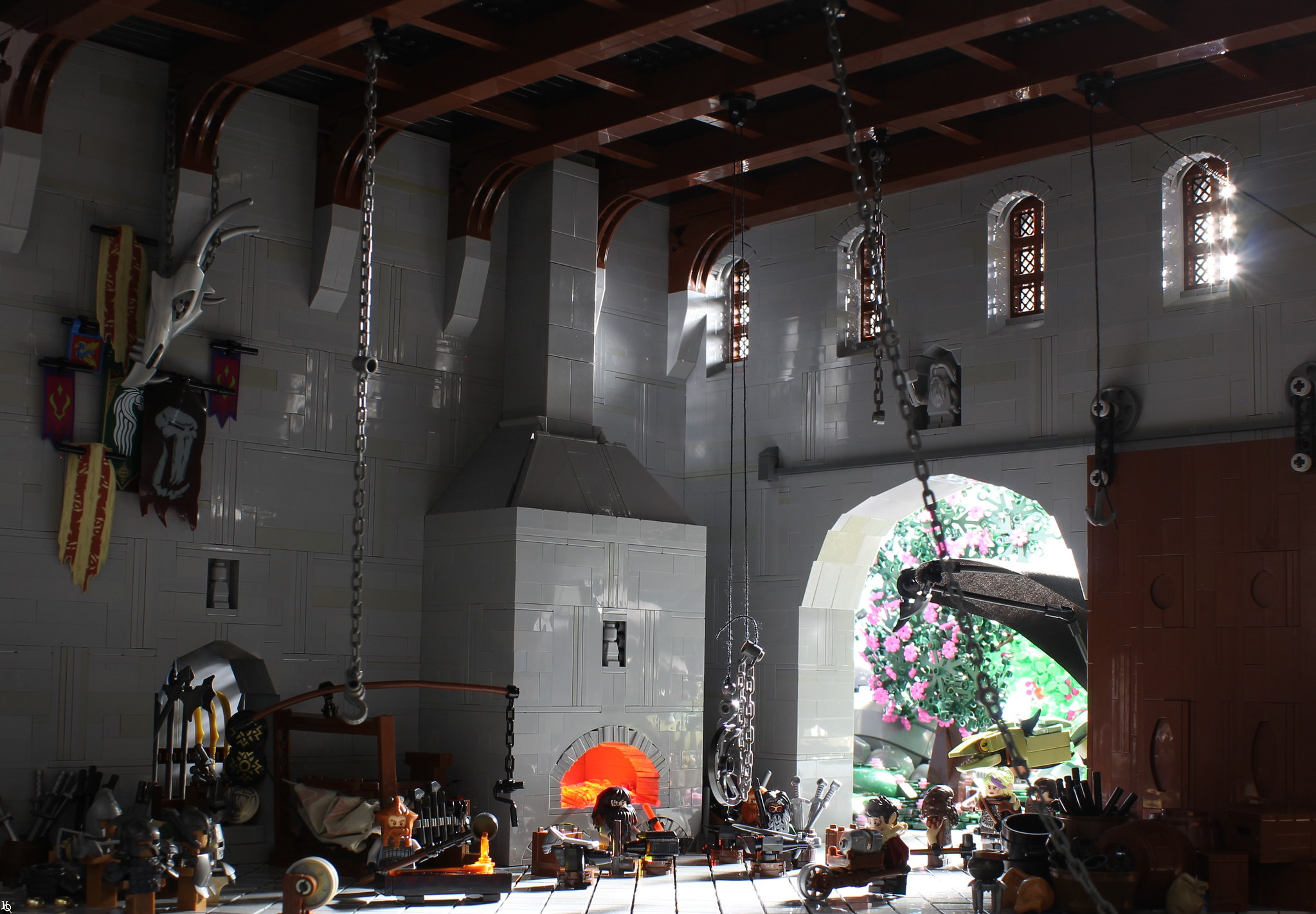 The building itself is constructed out of brick build bricks. This helps to prevent the Big Grey Wall Effect. It also adds to the feeling that this building is immense. Another thing that makes this creation stand out is the lighting. We have light coming from the oven and light coming through the gate and through the windows. The way the light enters the blacksmith makes it feel like it is a real setting and not just a well-lit LEGO creation. The attention to detail in this creation is superb. The sliding gate gets some nice wood carving. The arched vault windows are made out of cheese slopes, plates, and bricks. These arches also show how thick the walls are which attributes to the big building vibe. Ben describes that the building has to be this big in order for dragons to have their armor fittings. Which sounds like a very valid reason indeed.

2 comments on “Apprentice of the blacksmith”