Ominous beings turn their gaze upon the last city as it is swallowed by the rising sands, the rubble of ancient roads leading to and from nothingness. Otherworldly figures and a crumbling metropolis created by the laudable Tino Poutiainen inspire plenty of stories to tease our minds. Titled Trio, this mysterious group of dark figures with lantern-like heads tower over the ruins of a great city as it fades into the dunes. The construction of this scene transcends its components. This microscale model almost doesn’t even look like LEGO! Bars and bar clips attach to 2×2 plates with holes that give the figures their long legs and rounded bodies. Their lamplight heads use radar dishes with white studs or a rounded bottom plate for contrast. The tan plates and cheese wedges lead into a block of light bluish grey plates and tiles in various orientations, accented with grill tiles whose exposed sides make up the windows of the city. A fantastic model reminiscent of the post-apocalyptic world of Nausicaä and the Valley of the Wind. 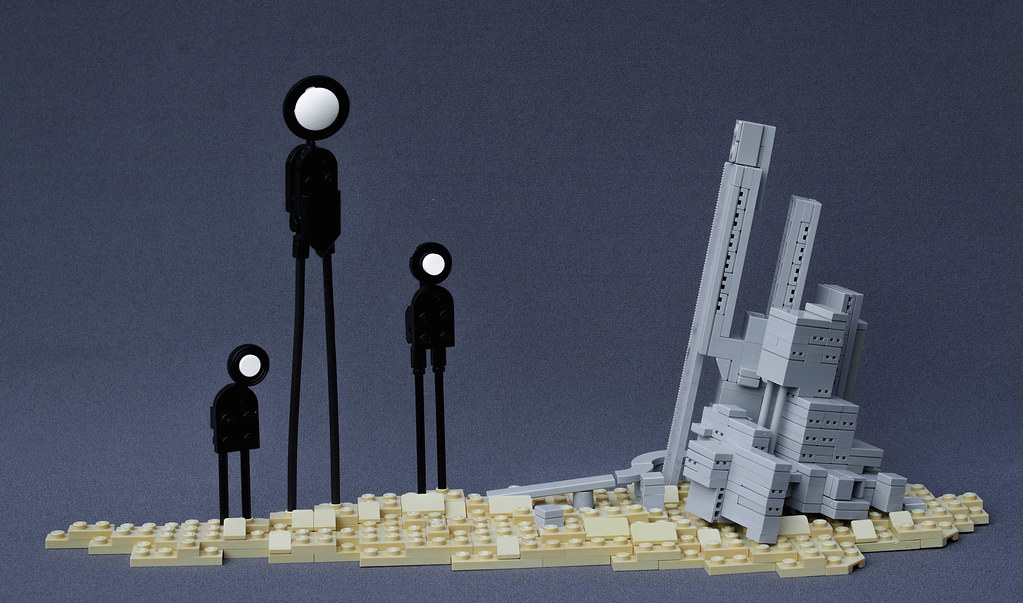