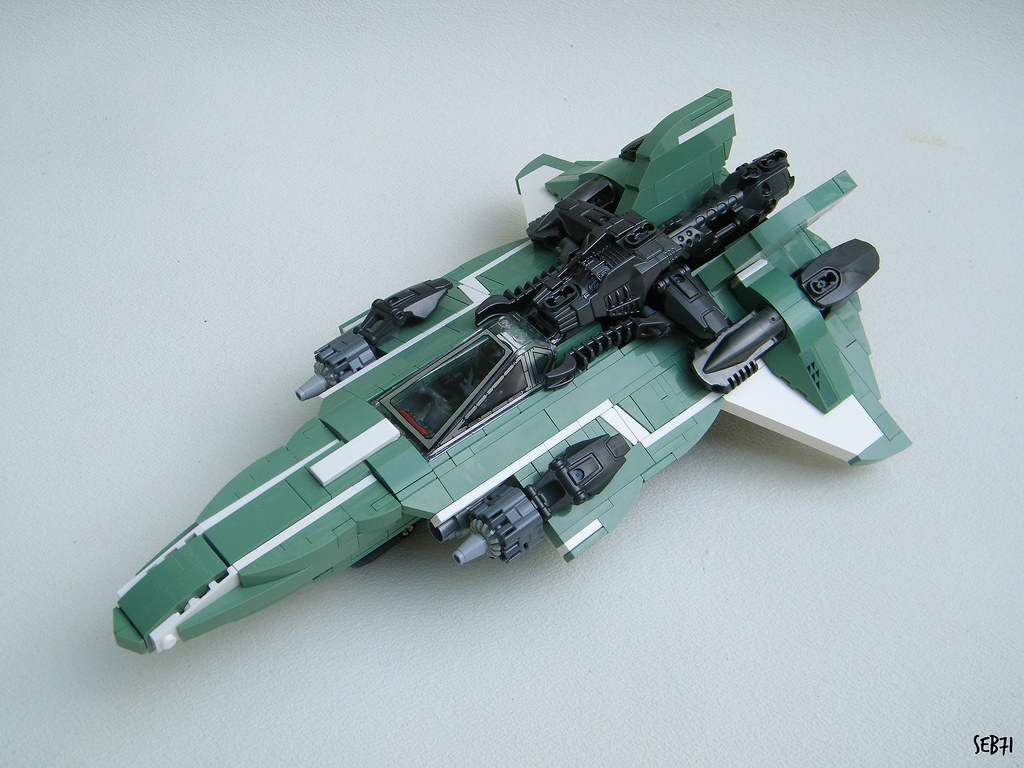 The engines and the guns on the Intrepid seem well suited for zero-G warfare. The builder chose to use various Technic and figure pieces to model them and I have to say it was a great choice. Some of these pieces are very obscure and hard to find while others were added to the system in the Bionicle era and are still used today. All of them add a level of detail to the model that would be difficult to build. The ribbing, vents, and molded lines of the pieces give an element of realism to an already well-built model. 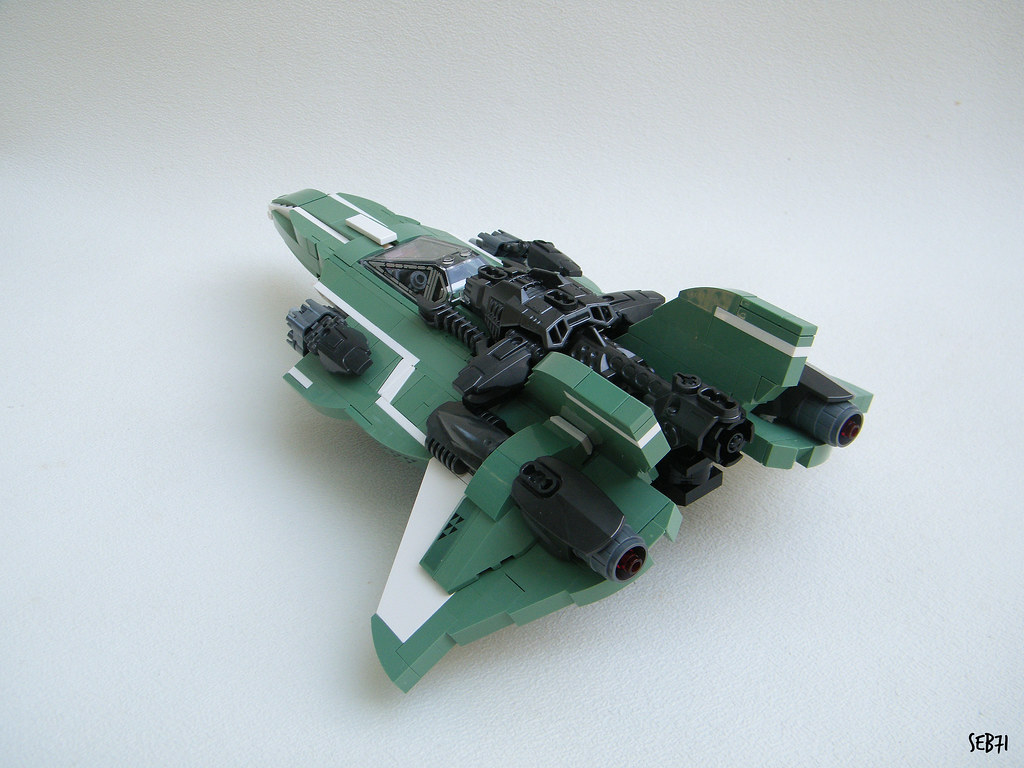 Take a peek below and you’ll find a few more great pieces and stickers that really step the detail up. Keen eyes will also note the upside building technique used to attach the sand-green slopes and tiles to the bottom of the body. The landing gear is also visible under stickered hatches which allow them to fold down. Elements like this, as well as the engines and guns, are what remind me of the ships from No Man’s Sky. This starfighter is very similar to the ships popular in systems frequented by the warfaring Vy’keen. The Intrepid could honestly be a ship I’d buy in the hangar of a space station, take out for a spin around the local system, and then tear up some sentinels or collect a bounty. 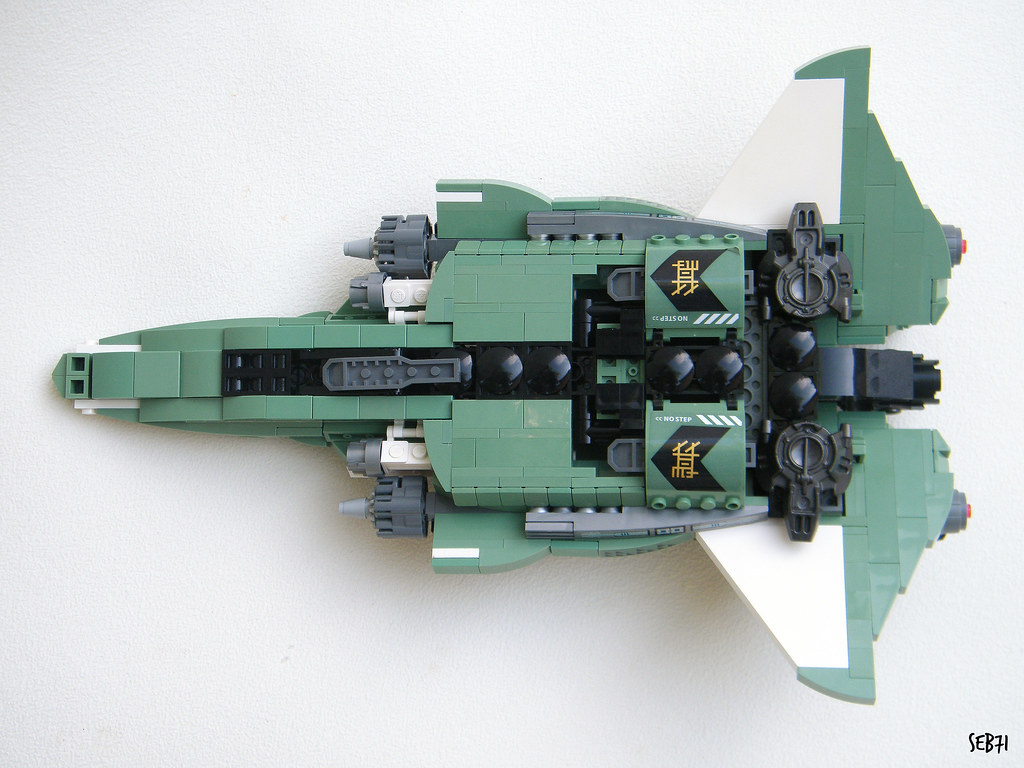 Whether you’re taking on some marauders after your chromatic metals or flitting from system to system mining and trading, I’m sure seb71’s starfighter Intrepid would make for a trustworthy ship for your journey. Fall down the rabbit hole of the wonderful world of spaceships and set out in the galaxy.