I’ve been a fan of LEGO ever since I was a little boy. My sister however dabbled a bit in LEGO, had some fun with Barbie, and started collecting Playmobil. Playmobil always had my interest because they had so many different animals in their collection. Because it lacked, in my opinion, the creative building element I navigated more towards LEGO. There were however Playmobil themes that always have had my interest. I recollect going over to my niece’s house to play with her Victorian mansion. It was huge! The exterior was beautiful and on the inside, there was lots of space for the furniture. And boy there was a lot of furniture to decorate the lovely family home. Since I had already committed to LEGO I could only hope they would eventually also produce something of this kind. Although some of the modular buildings match the aesthetic, none of them match the grandeur of the Playmobil mansion. This creation by lepralego however did manage to capture the grandeur of the Victorian Playmobil building. However, it is not Victorian but Haussmann style. I do not have enough of an architectural background to know the difference. To me, they look very much alike. The building is so tall the 15 to 17 bricks tall trees look like twigs. This amazing building is fully furnished and ready for you to take a closer look inside. 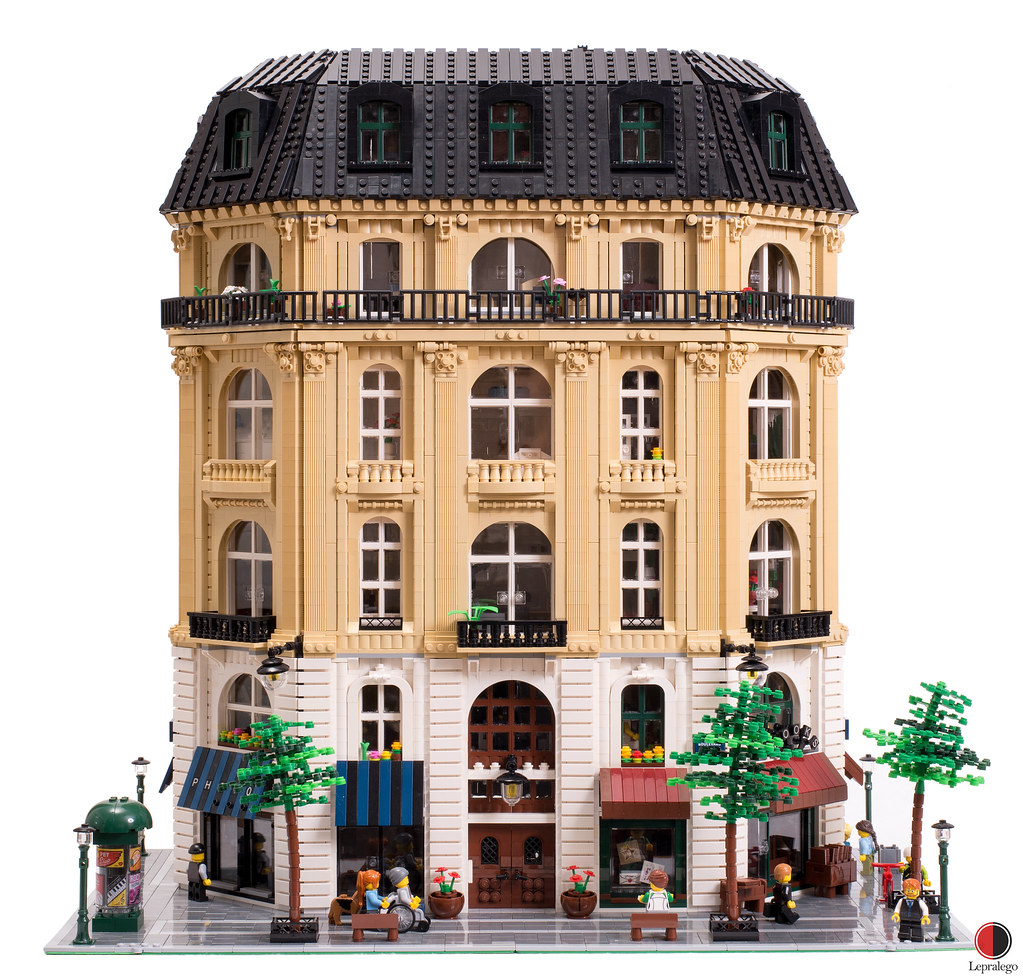