I wish this was an actual LEGO set. I would forgive LEGO for making Luke’s Landspeeder as often as a Spider-Man movie gets shoved down our throats. This makes me wish that LEGO brought back its old Fabuland theme, instead of my own favourite Bionicle. And so does Fabuland super-fan Stewart Lamb Cromar. 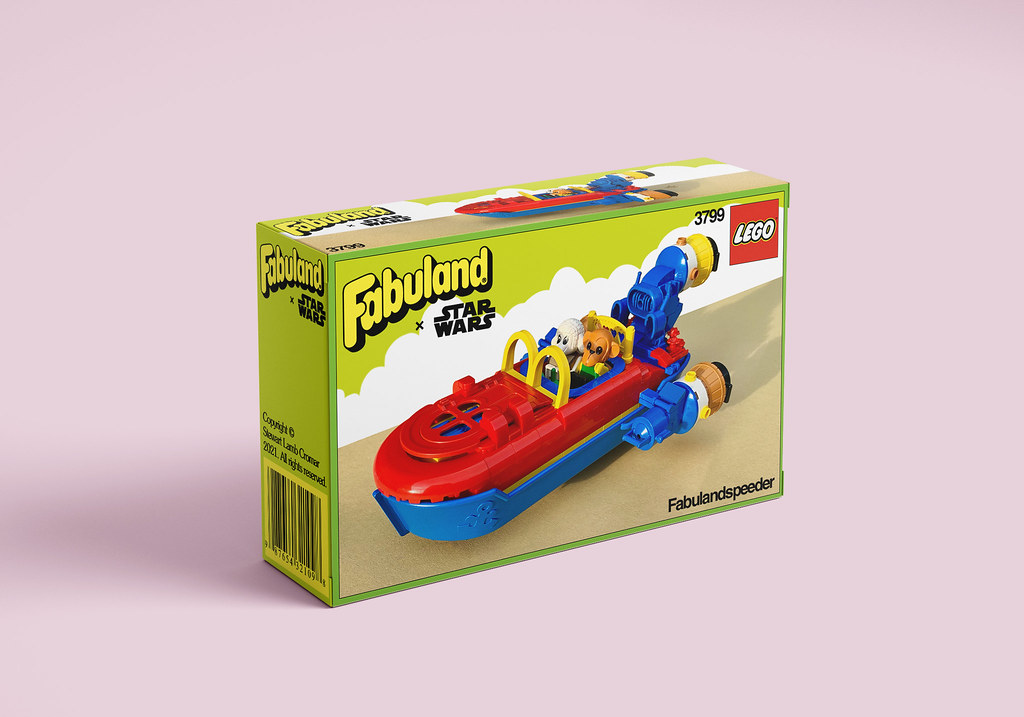 Fabuland was a theme in the late 70s into the 80s, which started as a step between DUPLO and classic LEGO. It released a year after the first modern minifigure, as well as the first space and castle sets. The goal was to build a universe of friendly, funny, animal-headed characters that appeal to both boys and girls. The design of the sets were simplified and consisted of mostly primary colours – red, yellow, and blue. 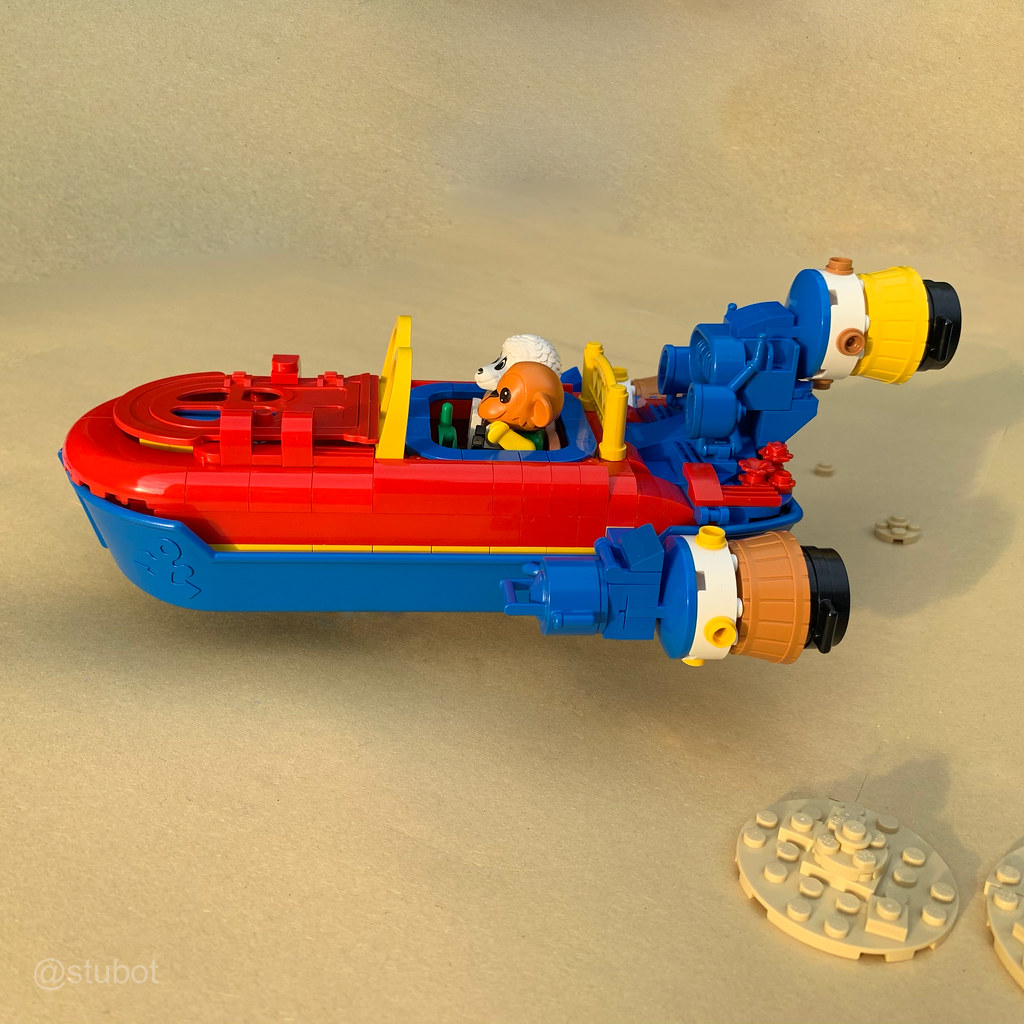 Similarly, Stu built his Fabulandspeeder with the default “Fabuland colour scheme” but with all the detailed goodness that Star Wars builds offer. He also used genuine Fabuland parts, including a loose house door he procured second-hand, as the original piece is built into a big panel.