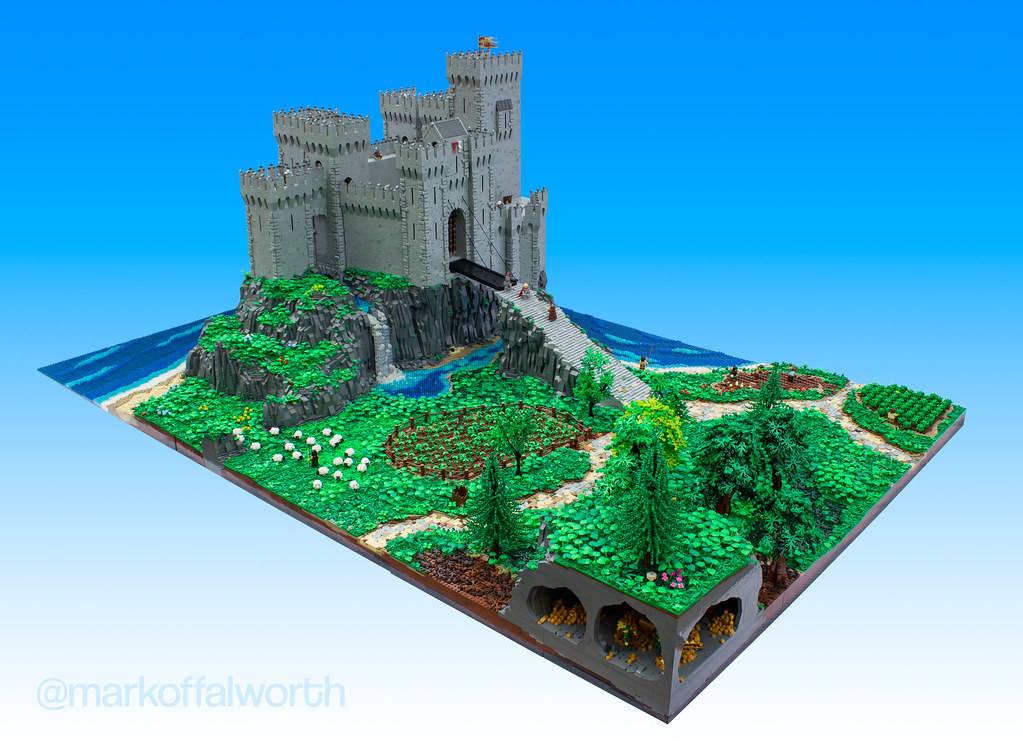 One element I especially love is his LEGO sheep; it’s a simple design, but it really stands out and adds character to the layout. What’s your favorite? 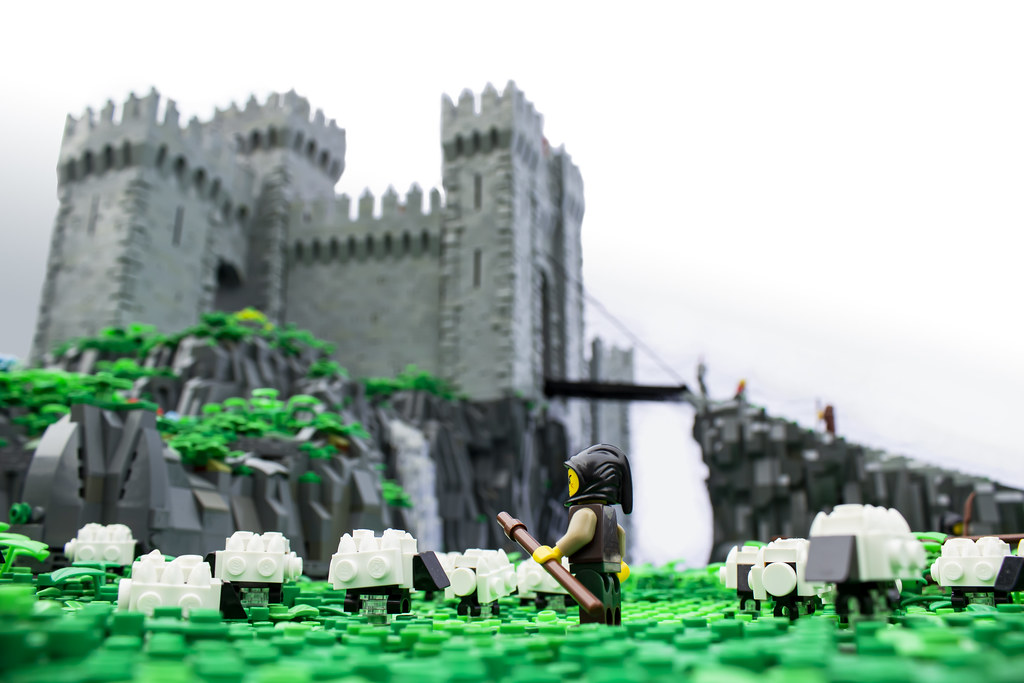 The castle even has a full interior, accessible through the cutaway on the edge of the diorama. Mark has even included a different texture for the interior of the castle walls. 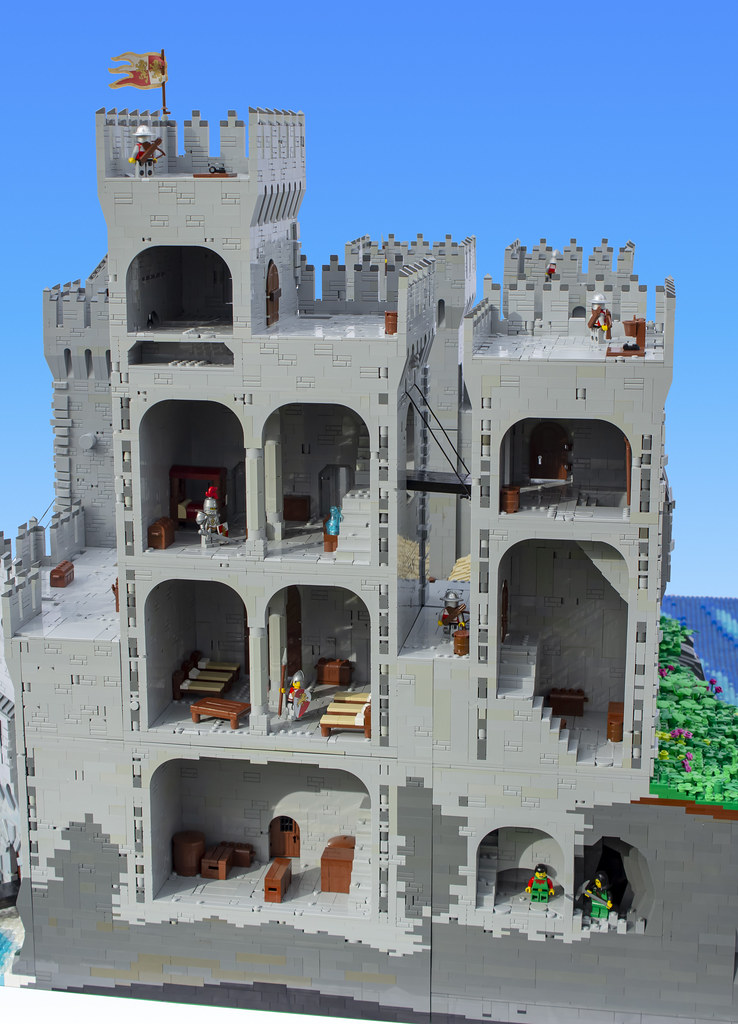