With the global travel restrictions imposed worldwide right now, many of us are missing airplanes and trains more than ever. But instead of cherishing the day we can all enjoy international flights again, the whole world found itself discussing a completely different means of transportation — container ships. The poor giant, 1,300-foot-long ‘Ever Given’ with about 20,000 containers aboard, is stuck in the middle of the Suez Canal in Egypt. 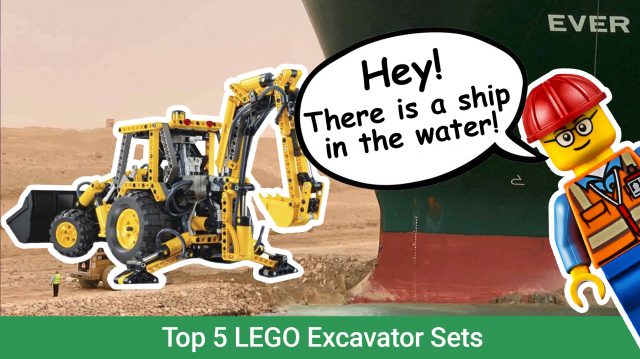 It seems that there’s no force in this world capable of freeing the vessel, but here enters the tiny hero — the brave little excavator. Looking at the heartbreaking pictures, we can’t help thinking of sending help to the place of the accident. Thankfully, throughout the years, LEGO has released many awesome excavator models, which, we are sure, could solve the problem in no time. Let’s dig into archives and assemble the rescue team of LEGO construction machines to save the world.

Modern problems call for modern solutions. And what can be more modern than controlling the rescue operation using your smartphone? Fortunately, LEGO has just the right option — Technic 42100 Liebherr R 9800 Excavator. With more than 4,100 pieces, this is the biggest LEGO Technic set to date, and it requires 12 AA batteries to operate. The build may be pretty tedious, but the result is impressive, to say the least. The Powered Up elements, which turn motors into sensors, allow for amazingly precise operation. Using this monstrosity, you can be sure you won’t even scratch the ship’s paint when digging it out. So, as long as your smartphone is charged, Liebherr R 9800 can save the day. 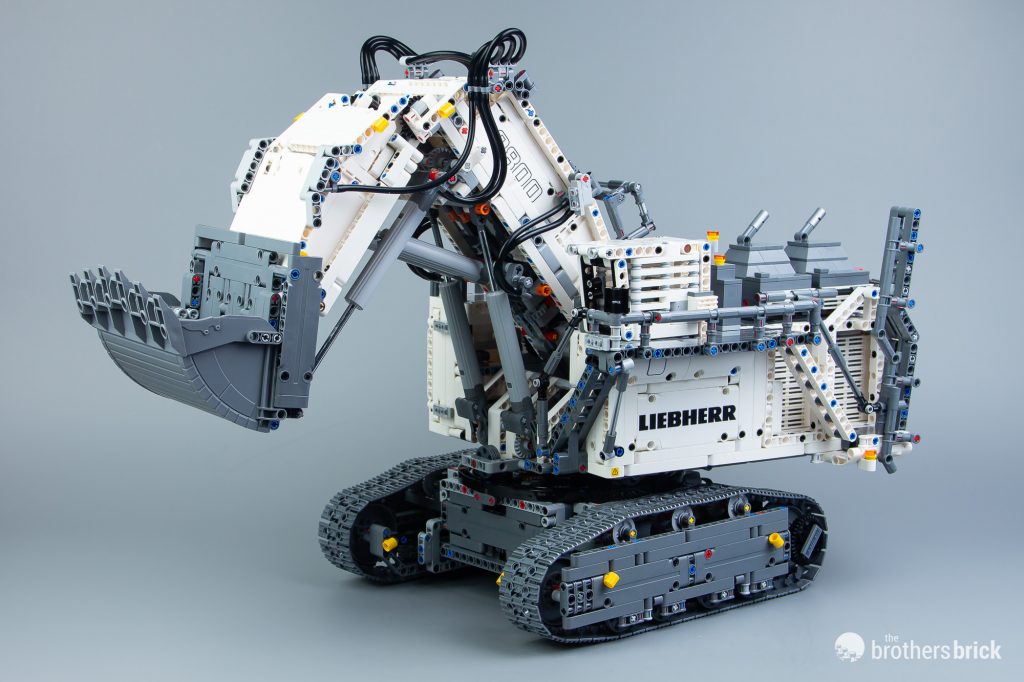 Released in 1976, the 780 Road Construction Set (set 387 in Europe and Australia) was a pretty massive building set with not one but two vehicles included. It was one of the early sets to include the surprisingly playable double-bucket piece. The element was so successful it stayed in production for almost 40 years before retiring after 2015. Besides the bucket, the set included the 3×5 digger bucket. Equipped with both, the tractor in the set provided a ton of playability, especially when coupled with the truck. We bet both will be very useful in Suez right now, moving tons of sand away from the ship. 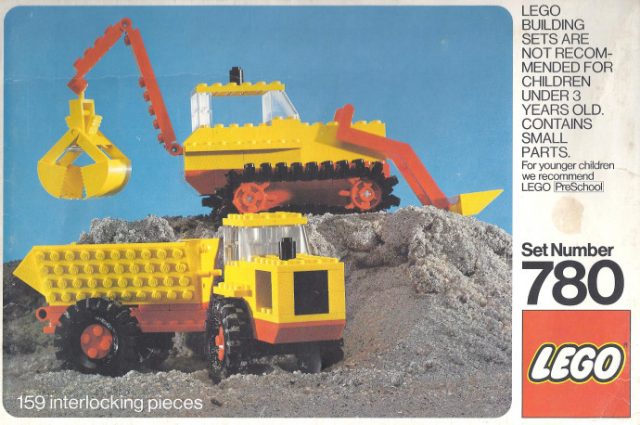 The modern LEGO City epoche was gaining momentum back in 2005, with many model concepts being reimagined. Construction machinery wasn’t an exception; store shelves saw the full range of vehicles — from small tractors to massive cranes. Those years gave us a whole bunch of exceptionally successful sets which didn’t hurry to retire. One of those sets was 7248 Digger. It was one of the first six construction sets released that year. Rubber tracks, classic windscreen, the boom built with hinge elements — this set perfectly captured the spirit of the mid-2000s. No matter how big your construction project was, every kid born in 90-s knew that this excavator is a must on the site. 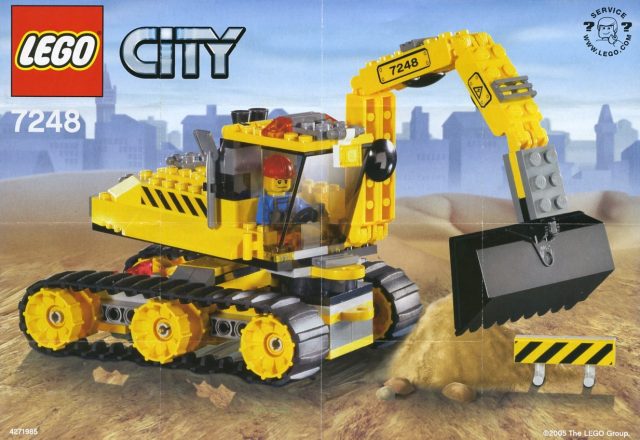 There are LEGO excavators, and then, there are LEGO pneumatic excavators. Not the first of its kind, but the most powerful one, 8455 Back-Hoe, was released in 2003 and came with a whopping ten (!) pneumatic cylinders and almost 15.5 feet of rubber hoses! Except for the steering, every single play function was powered with pneumatics. It was an ultimate model, with very challenging building and complicated controls. By the way, look at the front bucket; this 10 x 18 piece is still one of LEGO’s largest-ever released. So, if you are a fan of LEGO models that function just like real ones, look no further than 8455 Back-Hoe. 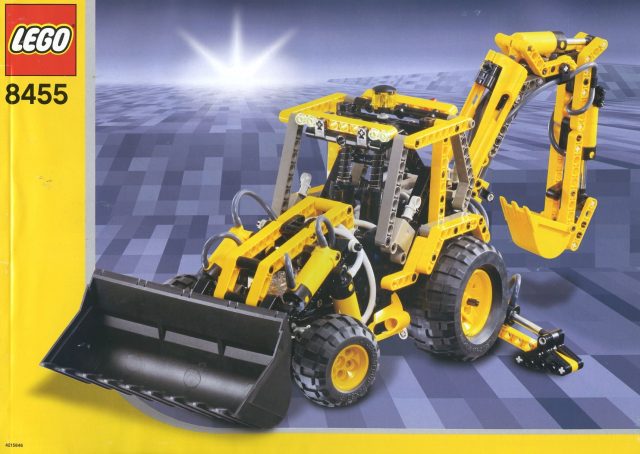 If you are looking for the most efficient way to dig out a container ship, DUPLO is your brand of choice. Just look at the 2807 Big Wheels Digger set from 1999. This machine is no joke; the set has the biggest bucket among all LEGO DUPLO tractors, bulldozers, and excavators. It can move at least two 2×2 DUPLO bricks, which equals some serious volumes of Suez sand. And the best part: you need no batteries or pneumatic cylinders. If we were in charge of the rescue operation, this DUPLO digger would be our number one pick. Simple, reliable, designed to dig things out. 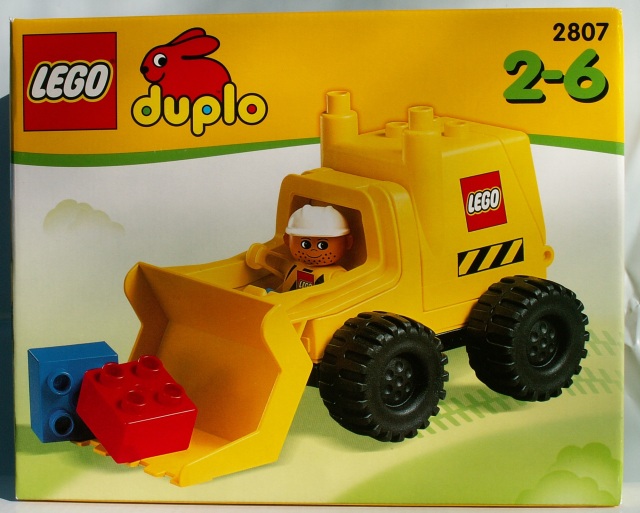 What do you think about our top of LEGO excavator sets? Which sets would you add and why? Let us know in the comments.