Shingeki no Kyojin (or Attack on Titan) is regarded as one of the best and most popular manga and anime series. But for some reason, there seems to be a serious lack of LEGO builds of it. Luckily, Funnystuffs built the Attack Titan in great detail, accompanied by custom minifigures of some of the main characters. On the surface, Attack on Titan may appear to be just another kaiju series about cool kids fighting giant monsters, as the original premise has led us to believe. It gradually progressed into “the Game of Thrones of anime,” a dark and heartwrenching series about human nature, war, politics, and so much more. Now that its popularity is at its peak, there is hope for more Attack on Titan creations down the line. 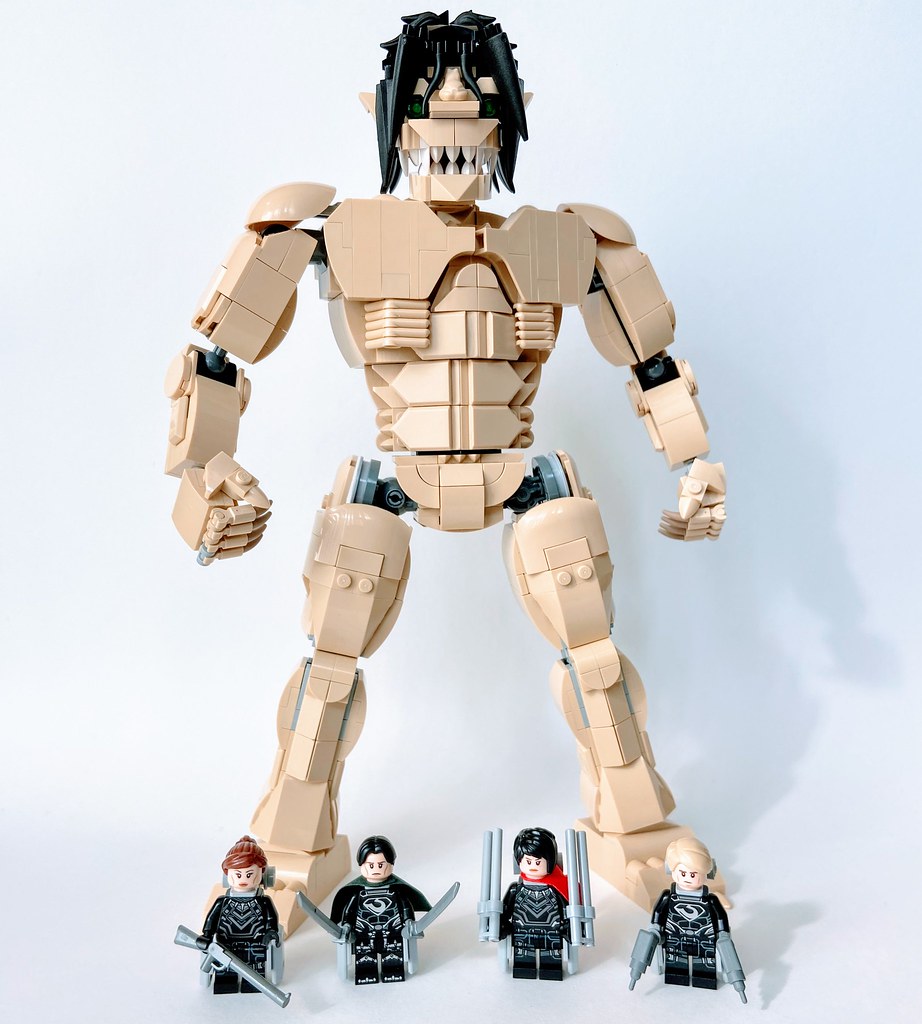 Primarily a mech builder, Funnystuffs did a great job with the organic look of the Attack Titan. Covered with tan LEGO elements to represent its skin tone, it is completely accurate and to scale with the minifigures. The only gray bits peeking through are the necessary joints to give the titan full poseability. Funnystuffs gave special attention to the head – its iconic green eyes, grinning jaw, and long hair.

See more pictures of the Attack Titan in this gallery here. (Includes spoilers for those who may care.)