Space Jam was a staple film of any 90s childhood; which kid back in the day wouldn’t have enjoyed the movie? It had everything kids wanted – Michael Jordan, basketball, great music, and of course, the Looney Toons. Ian Hou brings his best 90s game to the world of LEGO bricks in this awesome brick-built Space Jam model. 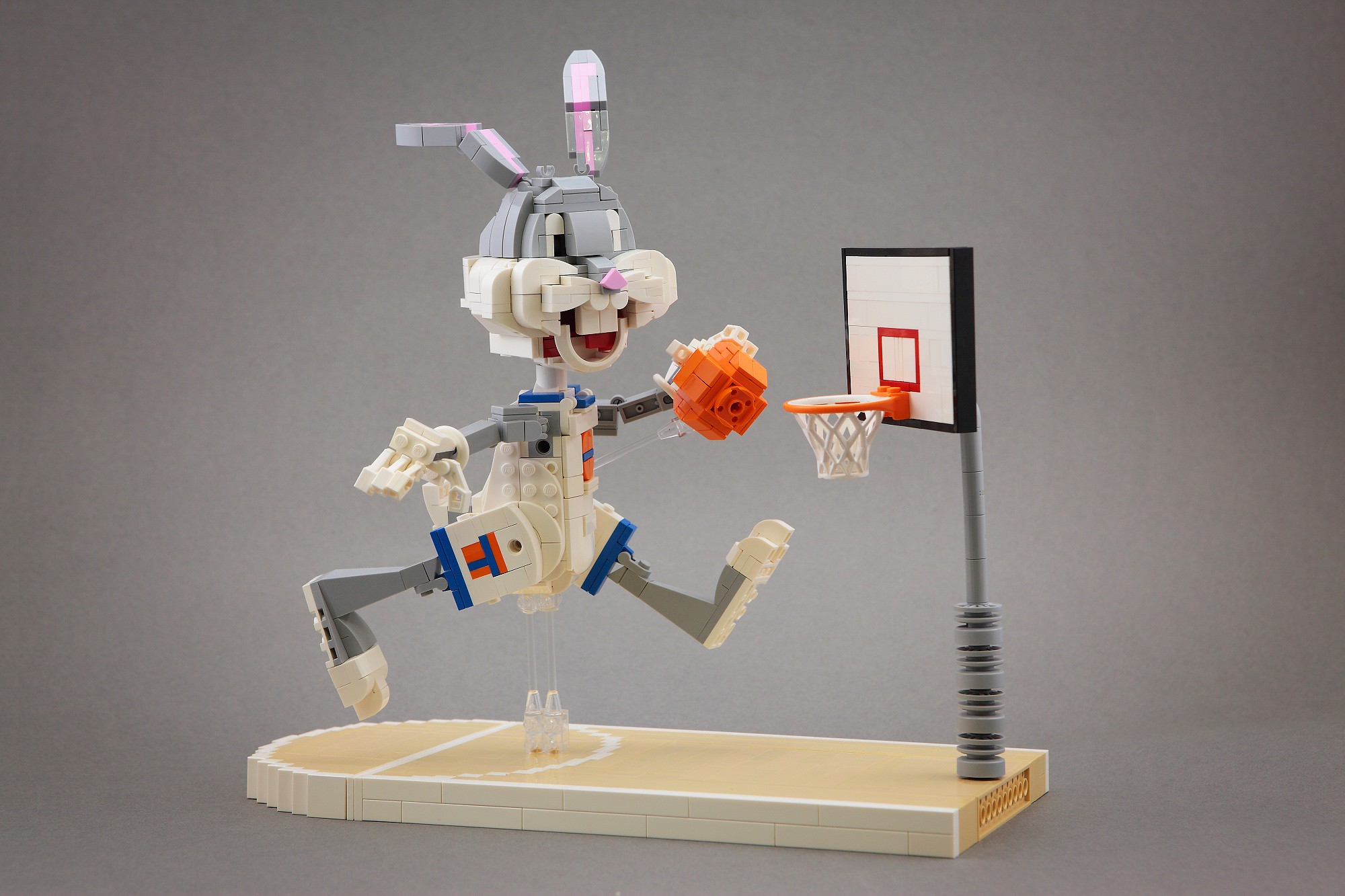 “Look at our facilities! We’ve got weights! We’ve got hoops! We’ve got balls!” well, Hou’s build doesn’t have any weights, but certainly, there’s a brick-built orange basketball in Bugs Bunny’s hand, and this basketball court fashioned by way of the SNOT (studs not on top) technique features a basketball hoop element from the LEGO sports sets dating from the 2000s. Bugs bunny is also brick-built himself; his build utilizes slopes, tiles, bricks, and some technic elements along with hinge pieces granting his figure some articulation. As a 90s kid, this build brings absolute joy to my heart; seeing a happy and expertly fashioned brick-built bugs bunny shooting hoops in his basketball garb is a very welcome sight.