Starting today, LEGO’s November free gift-with-purchase promotion will net you a fairly novel item in the form of a metal keychain. The Han Solo Carbonite Metal Keychain (5006363) will be available to VIP members with LEGO Star Wars purchases over US $100 | CAN $100 | UK £100 from now through Nov. 8 (Nov. 11 in the UK). Let’s take a look. 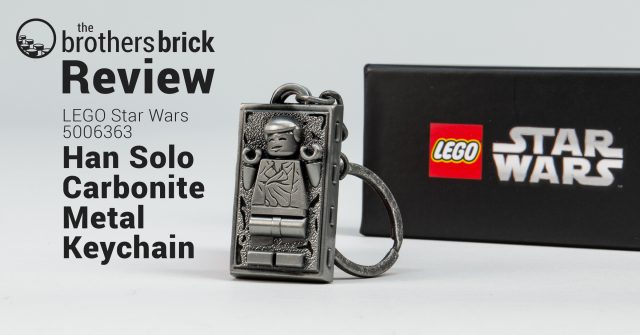 The LEGO Group provided The Brothers Brick with an early copy of this set for review. Providing TBB with products guarantees neither coverage nor a positive review.

The keychain comes in a small oblong box, not unlike a fancy pen set. The black box has only the LEGO Star Wars logo on the front, with plain sides and the product details all on the back. 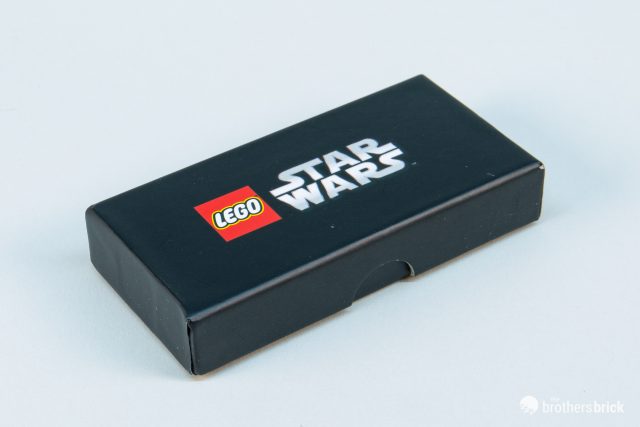 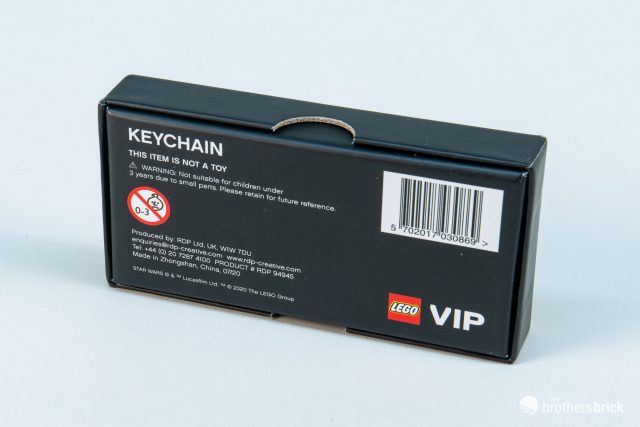 Lifting the lid off the box reveals the keychain laid into a custom-cut piece of foam, beneath a piece of tissue paper. It’s a more premium feeling package design than most gift-with-purchase sets, and definitely a cut above the usual keychain packaging, which typically consists of just a cardboard tag. Even the somewhat exclusive, randomly distributed, chrome-red VIP Minifigure keychain from a few years ago got the cardboard tag treatment. 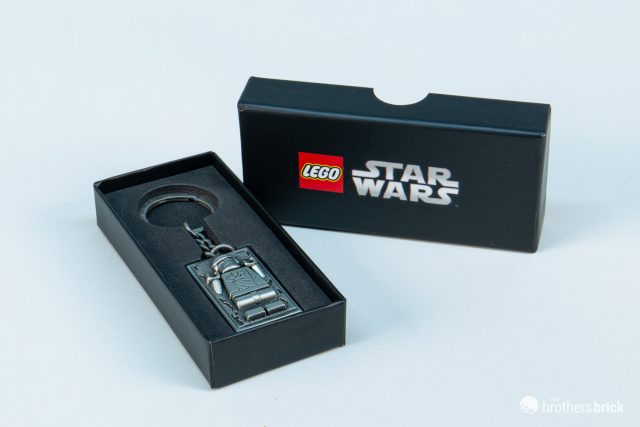 The front side, of course, depicts Han Solo in high relief frozen in carbonite from The Empire Strikes Back. The first thing I noticed when picking up the keychain is how heavy it is. I’m no metallurgist so I can’t tell you what alloy of steel it is, except that I’m reasonably sure it’s not actually carbonite. But it is quite clear it’s a solid block. In fact, if there’s one gripe I might have with it, it’s that it might be too heavy for some people to attach to their keys and lug around all day, unless they like a lot of extra weight in their pocket. 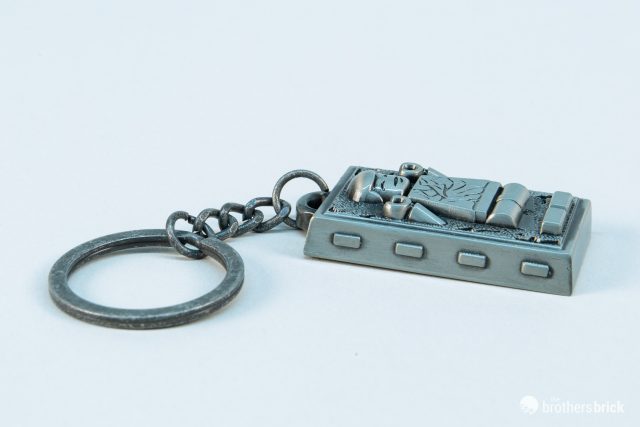 Unlike the regular plastic version which has a hollow back for hiding the regular Han Solo minifigure, the back of the metal block is solid. It’s stamped with the LEGO VIP logo and the copyright info, as well as 07/20, which seems to be the date of manufacture. 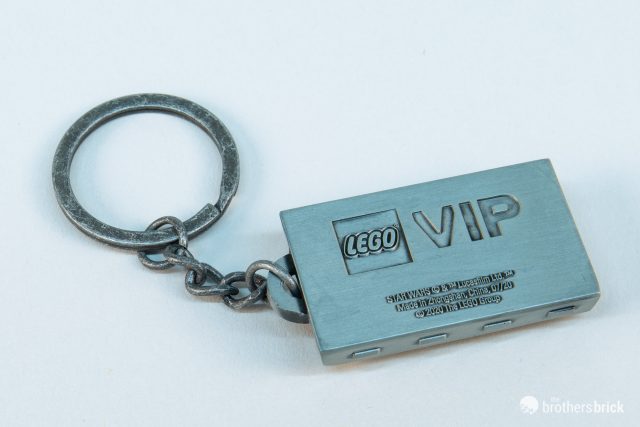 The figure is a little smaller than minifigure scale, because a proper minifigure-scale version would definitely have been too large and heavy to hang off your ignition or sit comfortably in your pocket. 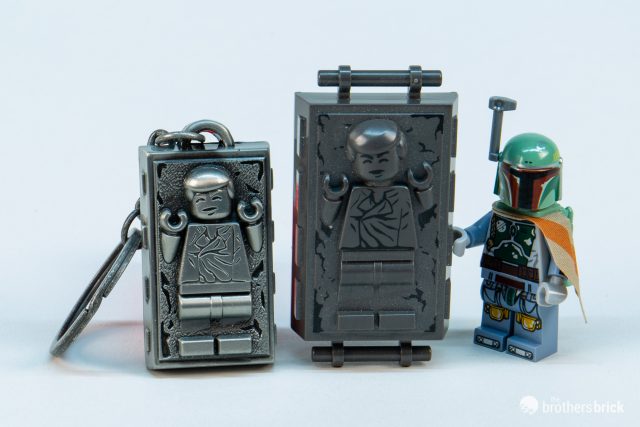 While great brick-built traditional LEGO sets are always sure to be a crowd-pleaser as gift-with-purchases (take, for instance, the recent 40407 Death Star II Battle set) it’s exciting to get something different from time to time, especially something that appeals to adults. A keychain is a useful tchotchke, and one that’s both classy and durable while still being appropriately nerdy is just what we needed. This is the sort of promotional item that ought to have been included in the Star Wars Black Card VIP fiasco for early purchasers of the UCS Millennium Falcon (rather than the cardholder). 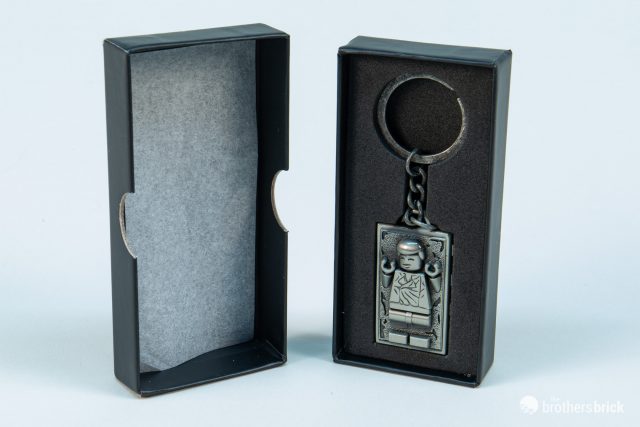 The keychain won’t be for everyone; not everyone needs one, and not everyone wants one this heavy. But it’s also a free item that’s designed and packaged well. It will only be available for a week, so if you’d rather get a free small brick-built set with your $100 worth of LEGO, you probably won’t have to wait long. For those who do want it, though, you’re better off not waiting. The fact that the promotion is only running for a week indicates that LEGO probably didn’t make a huge quantity of them, and while it’s boilerplate legalese, they can end the promo early if they run out.

The LEGO Group provided The Brothers Brick with an early copy of this set for review. Providing TBB with products guarantees neither coverage nor a positive review.