Any regular reader of the Brothers Brick knows, LEGO fans can do some pretty amazing things with the wide variety of different LEGO pieces out there. Those endless possibilities include limiting yourself to a smaller palette of parts and colours, like Milan Sekiz has done with his series of Stick Statue creations. 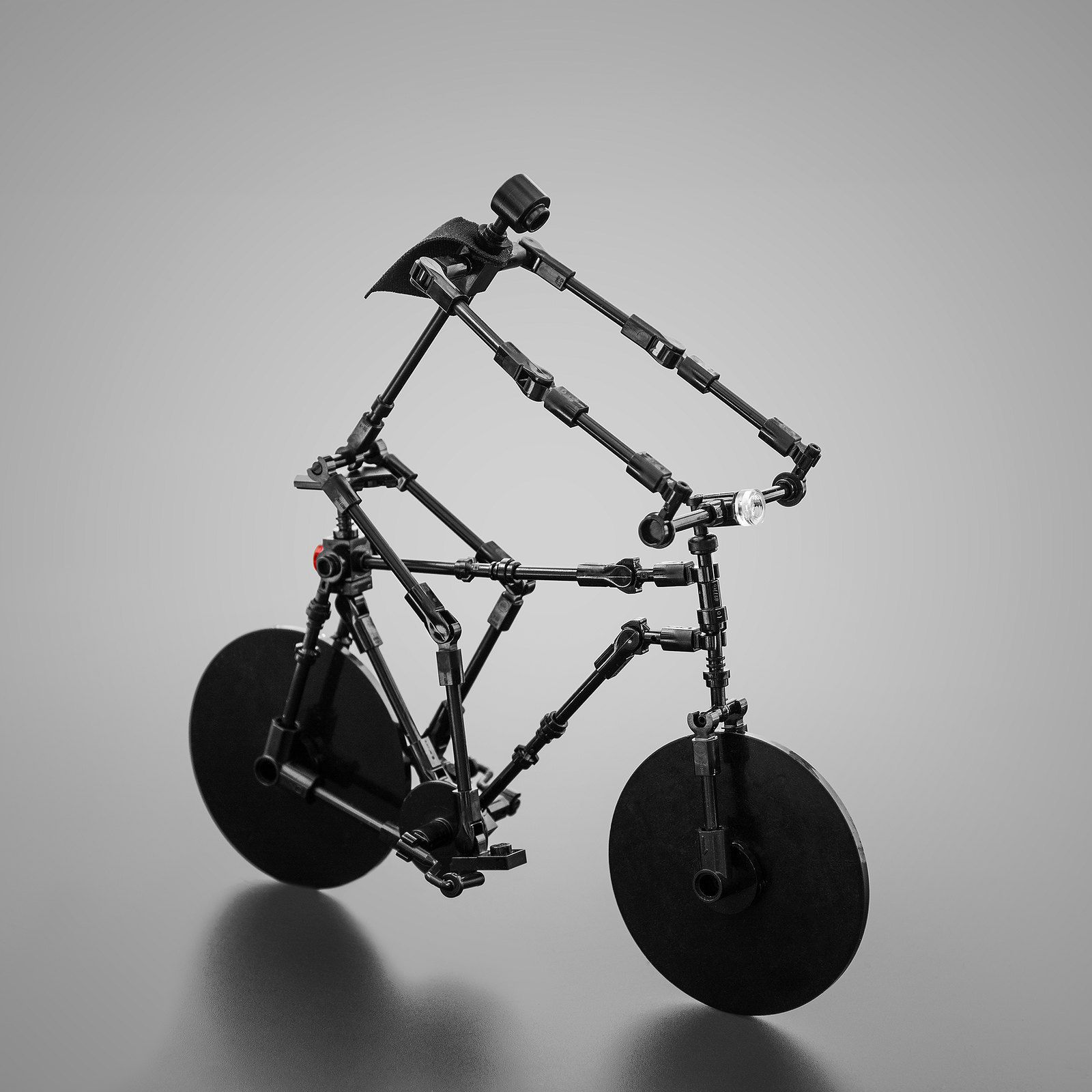 The builds may be simple, but they really show off how much be done with so little. In all three builds, the stick man is built the same, just posed differently. An astonishing amount of character is conveyed by a single piece – a saucepan – for a head. 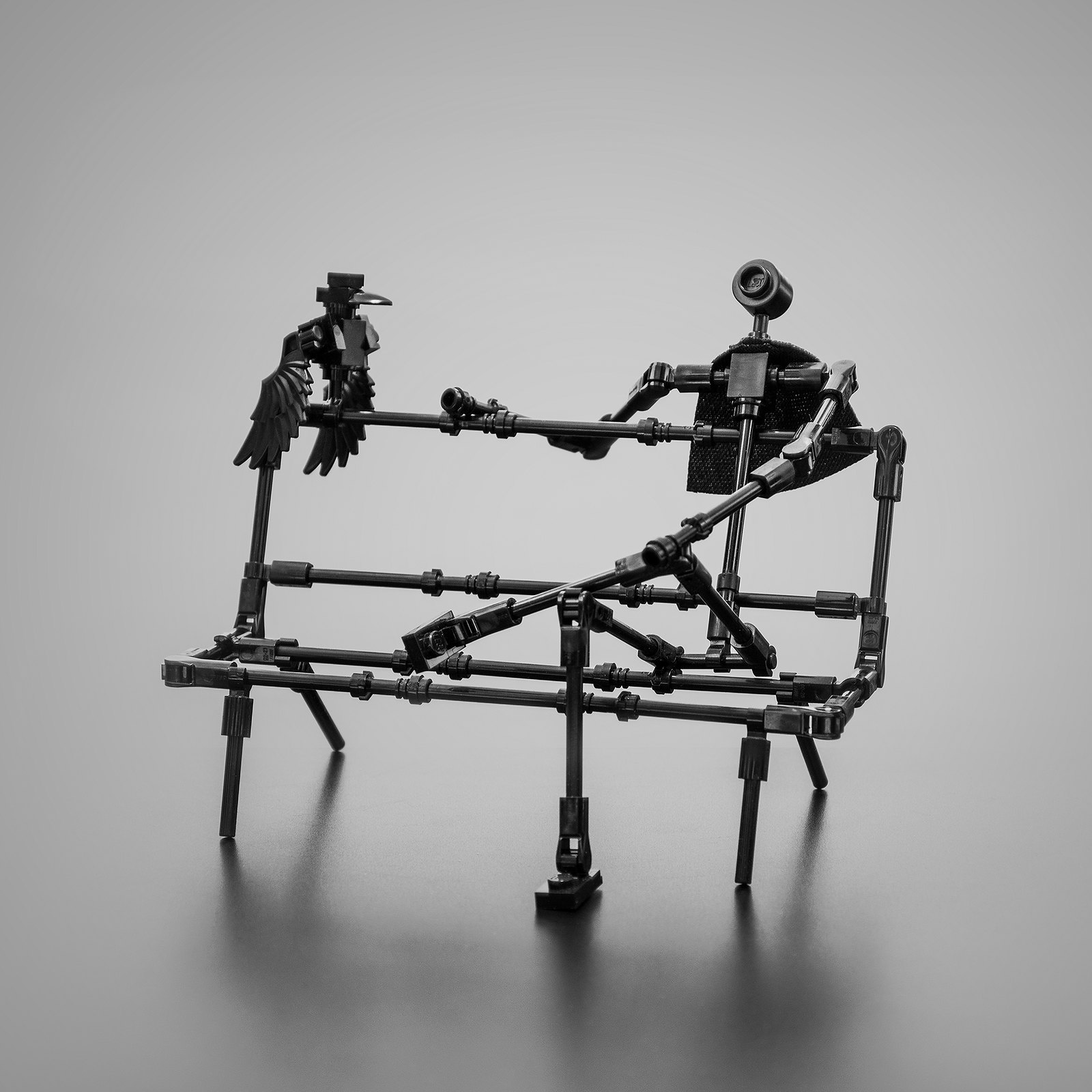 There’s clearly a story being told in these three images. I like to think that stickman is going about his day, riding his bike like he always does. Tired, he stops for a moment, resting on a bench. As he sits, pondering the stickman universe, a bird lands near him. “What a curious little bird” he says to himself, quietly. They form a quick bond and the bird accompanies our hero on the rest of his ride back home. Once there, stickman tries to put the bird in a cage, to keep him around awhile. But his new friend protests, and stickman realizes that in a world built out of 3.18mm bars, it would be cruel to trap a little bird in an even smaller world of bars. 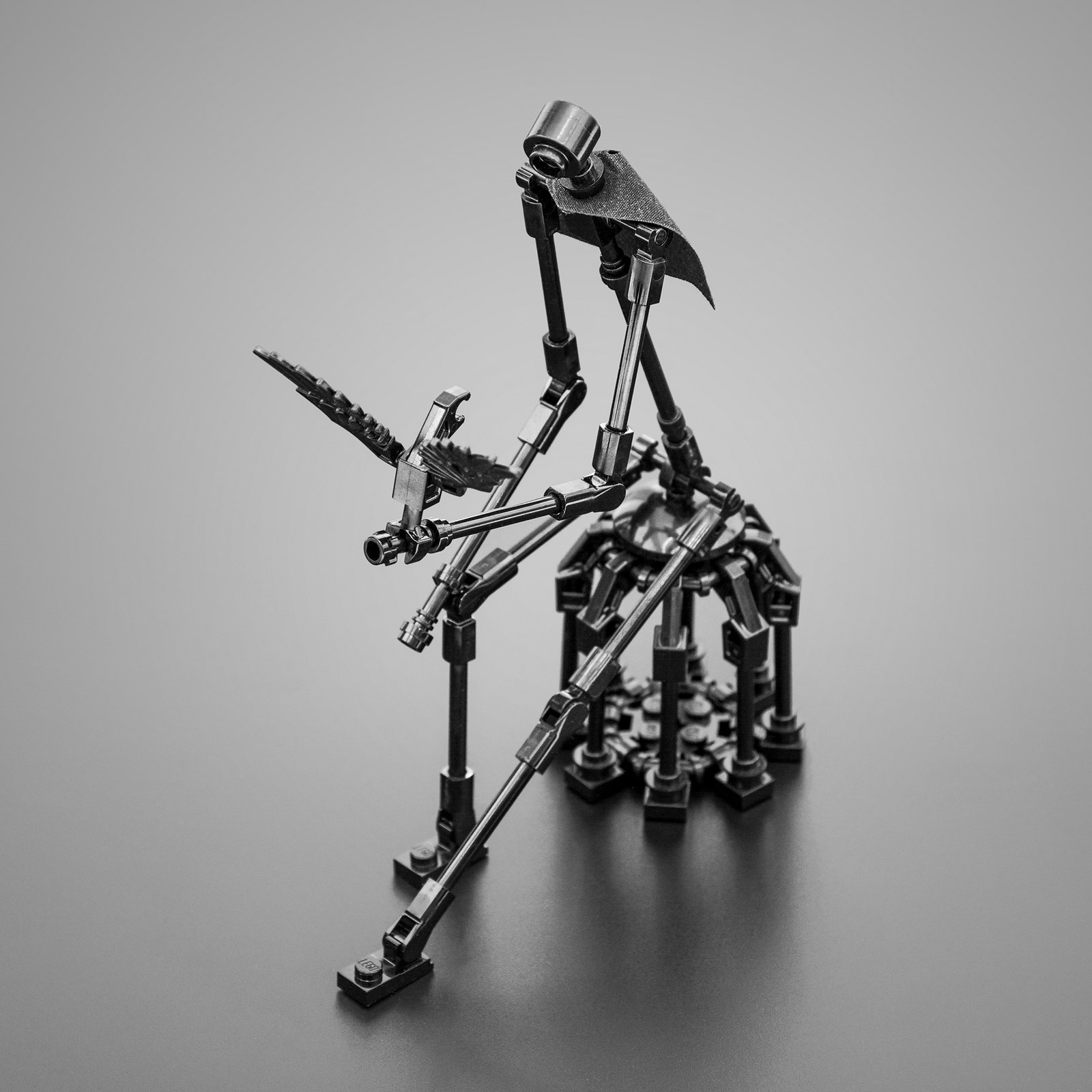