The tag-team effort of Brickleas and Si-MOCs produced a scene to give science fiction fans a double take. They created a two-tier MOC of an intergalactic manhunt. Topside, a space police officer is in pursuit of an outlaw, meanwhile below, the suspect lurks through the sewer. The collaboration was a standout submission for this September’s Rogue Bricks contest. Teams of two picked either side of a “space gangster” or “space sheriff” to depict their story. 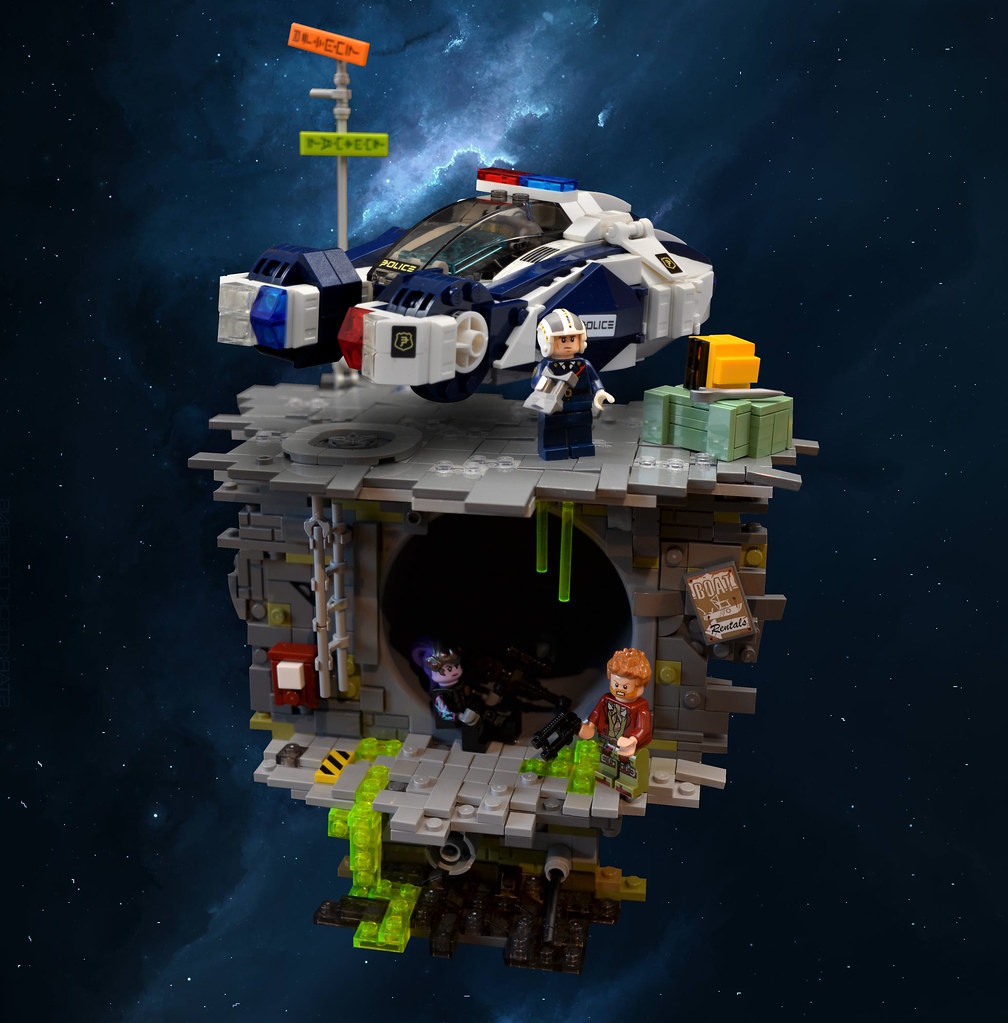 In a strange turn of events, Brickleas and Si-MOCs teamed up at the last minute after their original partners dropped out of the contest because their parts were unfinished. The result worked out with Simon Liu (Si-MOCs) building his version of a Spinner from Blade Runner, and a space police minifigure outfitted in Barbara Gordon‘s ceremonial uniform from The LEGO Batman Movie CMF (Series 1) and the LEGO Star Wars Wedge Antilles helmet. Elias Hübner’s (Brickleas) contribution looks as dark and desolate as any subterranean waterway with an underground tunnel as the escape. Check out a photo of the Si-MOCs’ take on the Spinner below. 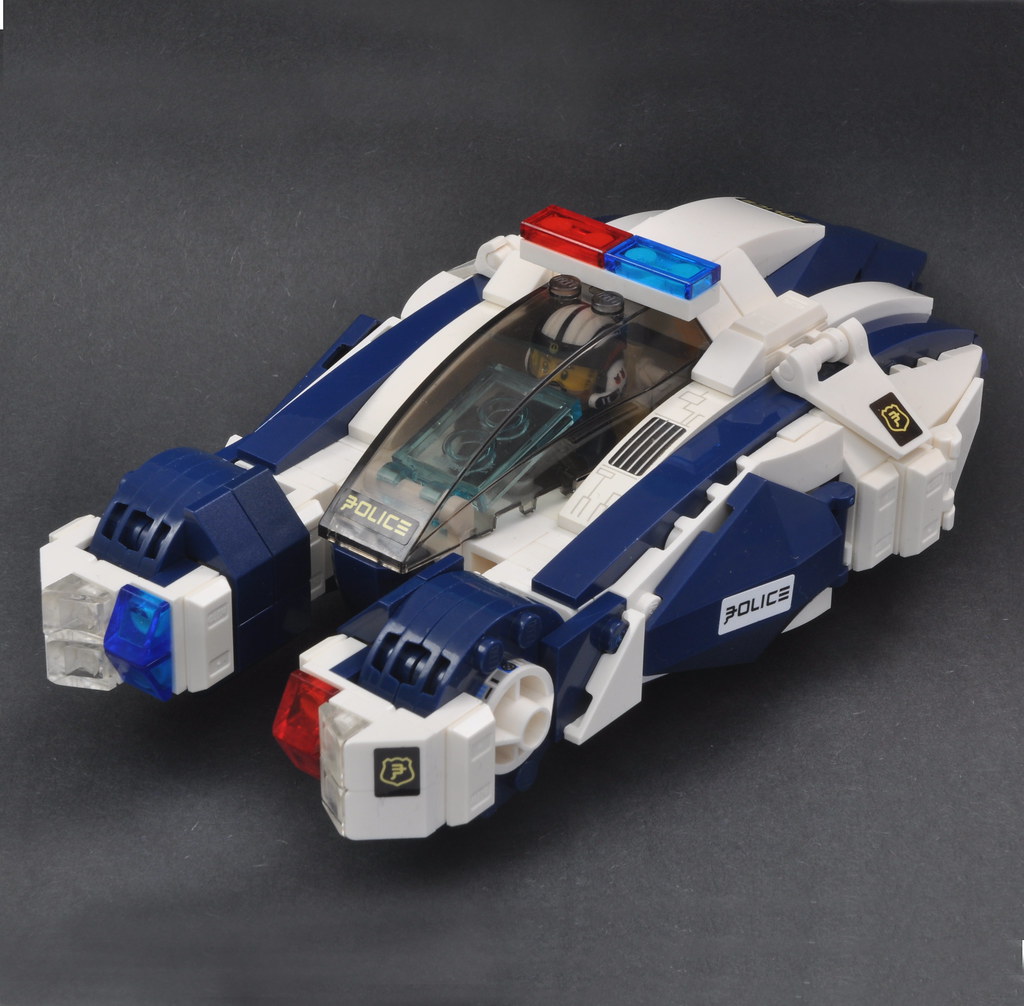