A friend in need is a friend indeed, they say. Who is they? Probably Louis of Nutwood, for one, since he built this microscale LEGO scene of a relief ship unloading its supplies to help save a city near destruction. The ship itself is small and sleek, elegantly color blocked, and the harbor is great, too, with its large cranes to unload the supplies. The water deserves some extra attention, with the subtle variation in colors and the studs being used for waves near the shore. But more than that, the whole piece has an elegant composition, with the rocks, uneven edge of the water, and the clear central focus on the ship. What kind of ship? Friendship. 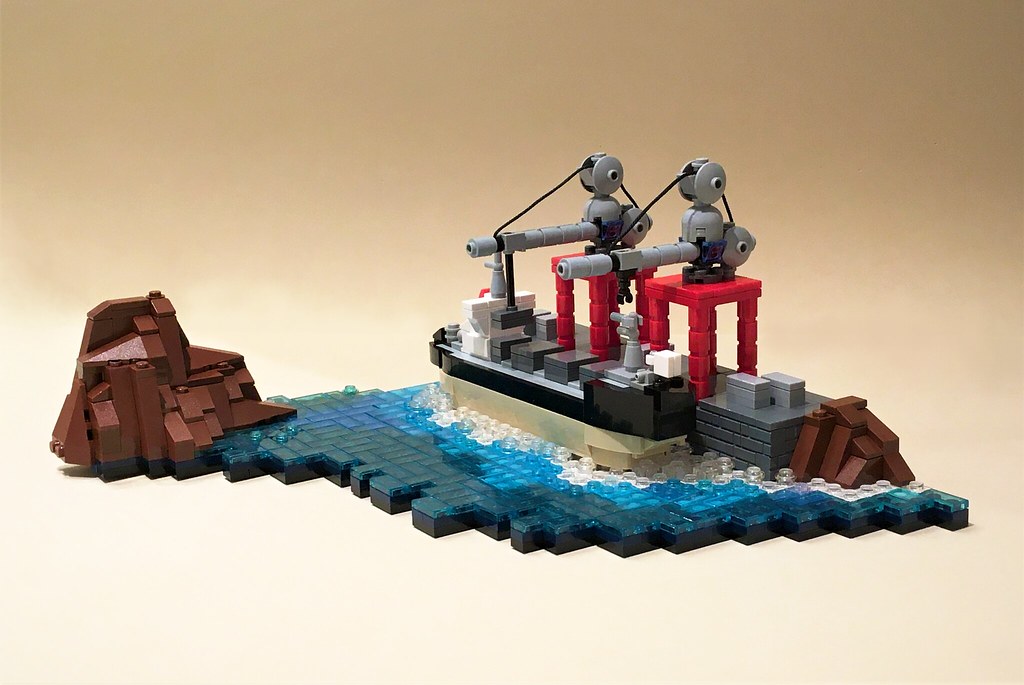