Some LEGO creations manage to turn up a soundtrack in your head. A new series of builds by Thorsten Bonsch is a perfect example. The Lord of the Rings and The Hobbit movies had numerous wonderful film locations, but the journey always starts by the Bilbo’s home Bag End in the town of Hobbiton located in the lush pastures of the Shire. 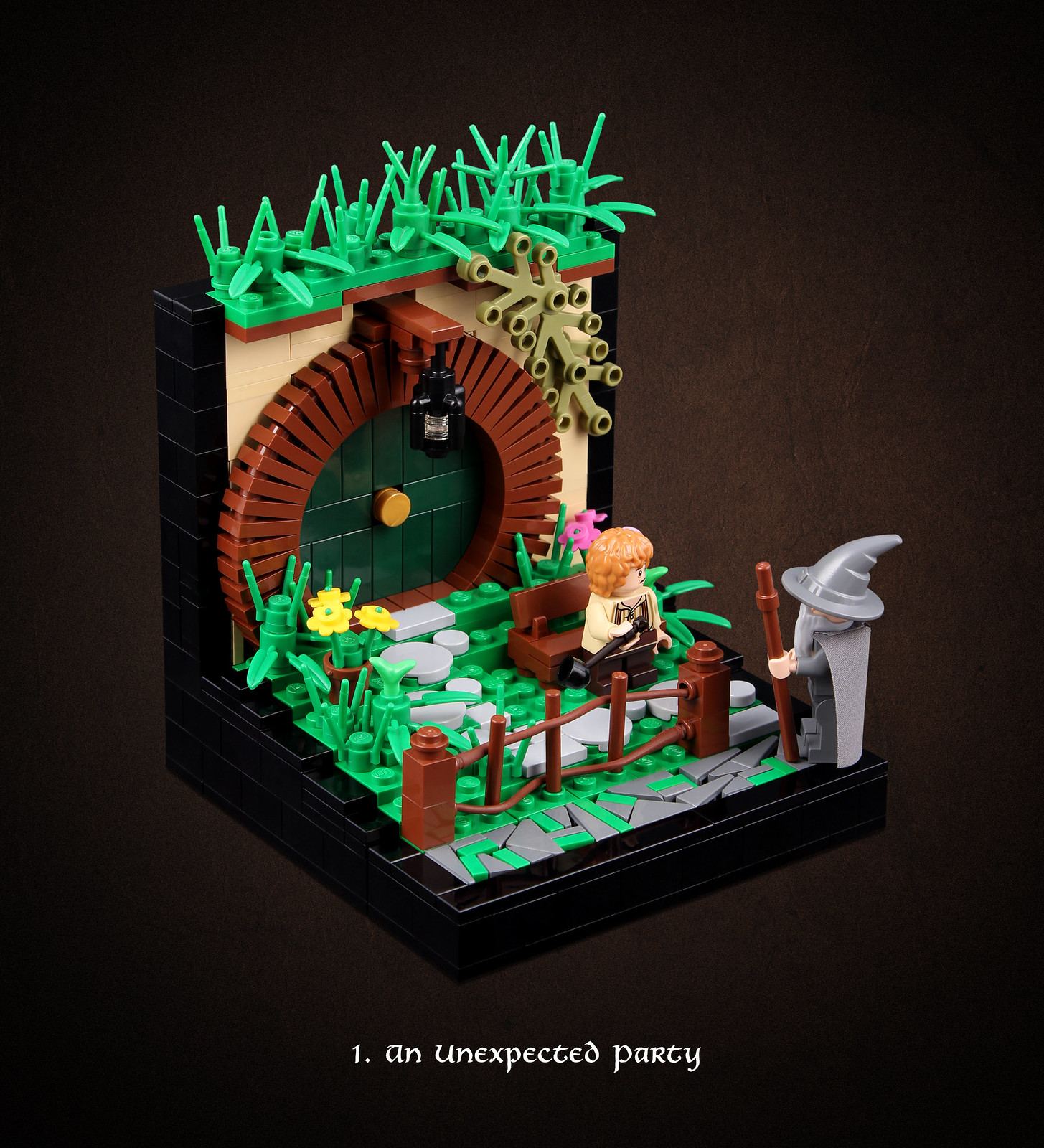 This is Although this vignette doesn’t feature the entire house, the iconic round green door is right here. Where LEGO designers decided to use a big green round 8×8 tile, Thorsten decided to build the door from dark green tiles. The door frame made out of 1×2 plates is certainly a brilliant idea and really captures the essence of Bag End. Other than that, this creation is filled with nice techniques. Like the whips used as a fence, the cobblestone path towards the house and the pipe made out of a Harry Potter wand and a lever base.

The series of Thorsten’s builds is planned to include 43 different vignettes. In the first one, we are introduced to Gandalf and Bilbo. In the second vignette, Dwalin the Dwarf makes an entrance. We are also introduced to amazing floor design. My guess is there are technic axle pins involved to make the pattern on the floor. So that makes for quite a thick floor as you might notice by the black vignette base. 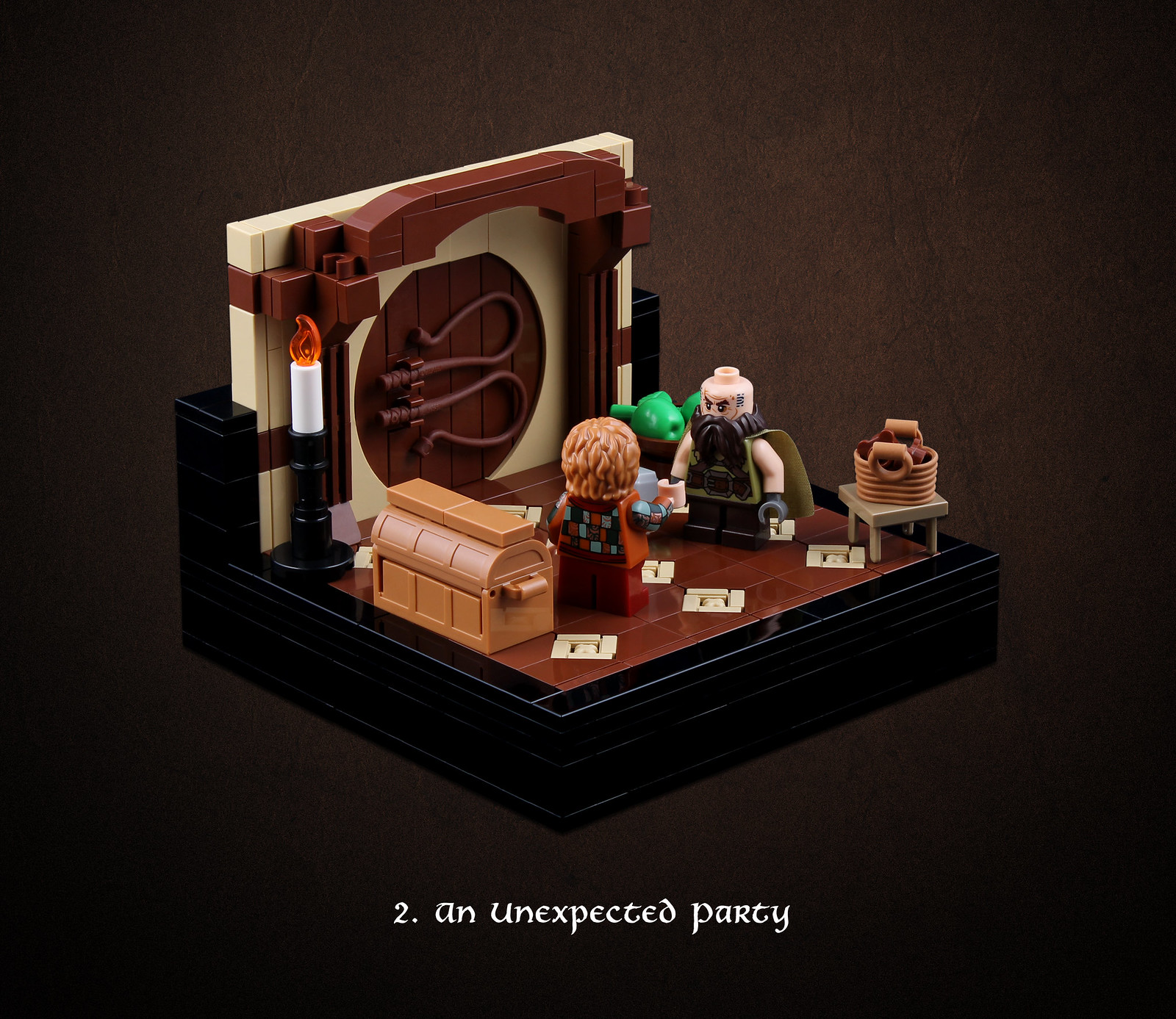 And of course one of the most iconic Bag End scenes, the raiding of the pantry, also deserves to get the LEGO treatment. The gingerbread (wo)man head gets used as a burger which is a nice touch. I’m curious to what liquid the bottle with the Black Pearl image contains. Quite possible rum? 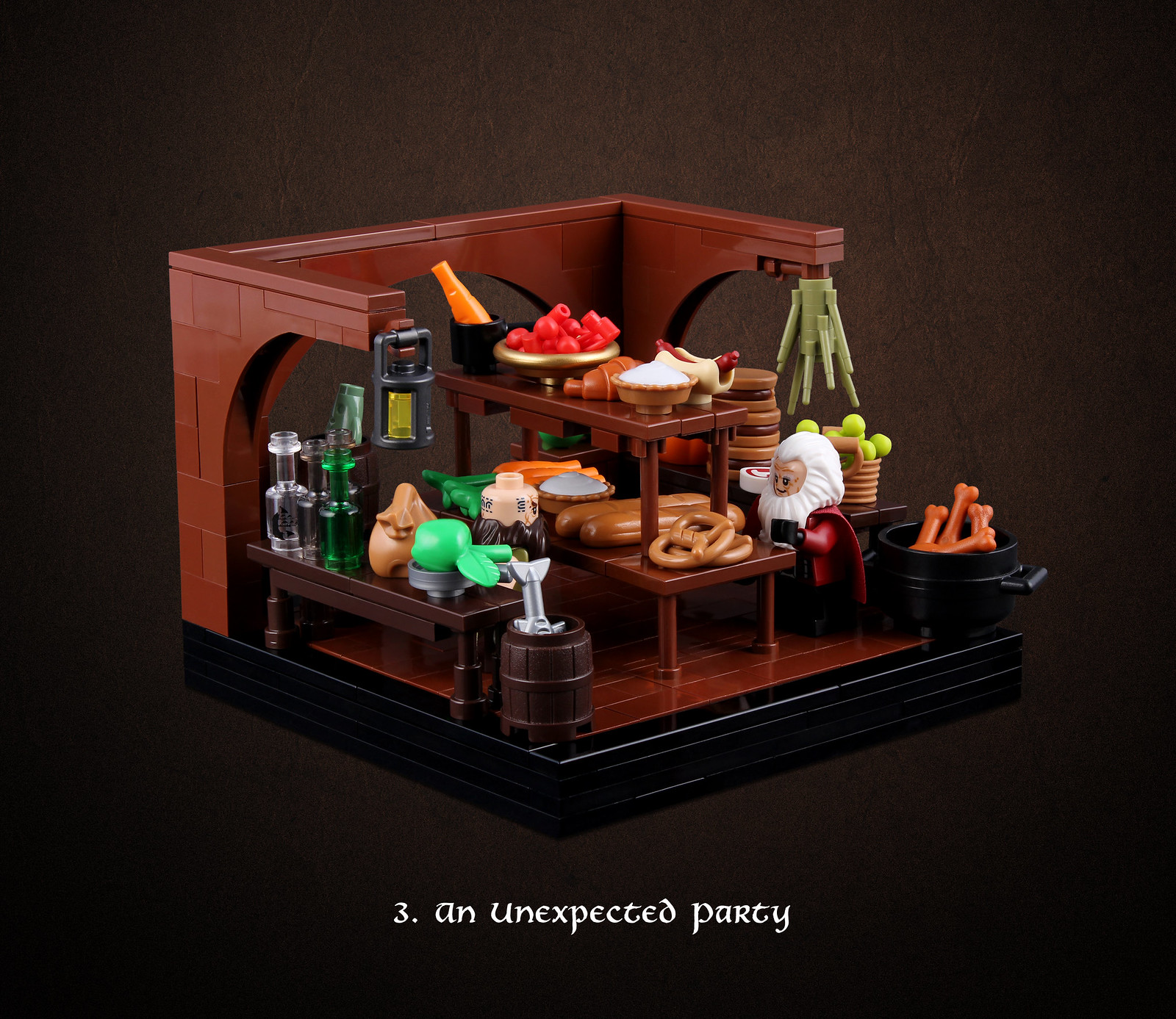