Today, LEGO has announced a new platform for idea incubation called LEGO World Builder. The platform, powered by content-creation brand Tongal, is intended to generate broad concepts which the LEGO Company can then scout and potentially purchase. Creative artists can work alone or leverage each other’s strengths by calling for input from other talent in the community, as the platform promises to bring together contributors across geographic boundaries with a formalized system to enable collaboration. 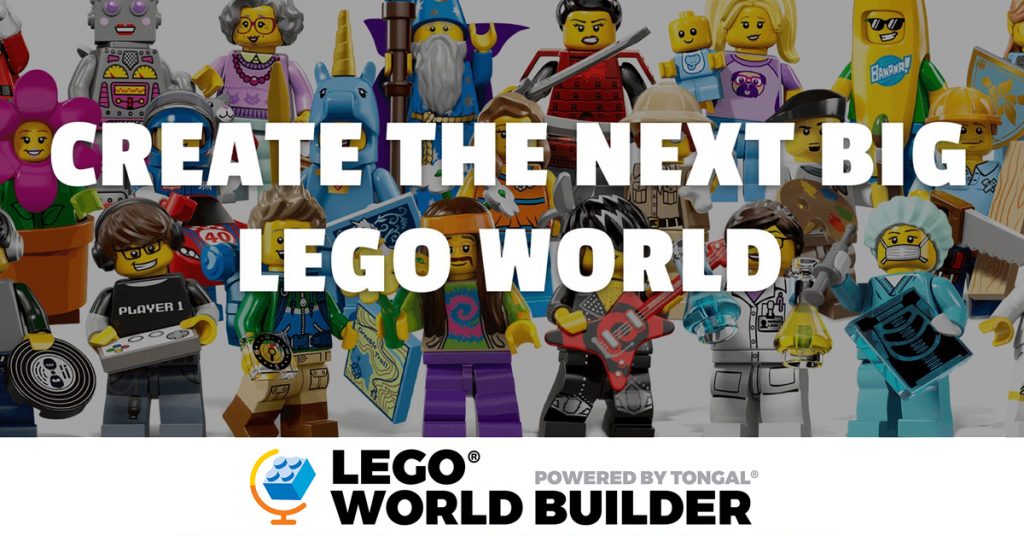 While the press release from LEGO offers only a limited explanation, the platform seems to be a way to aggregate LEGO-related content that falls outside of typical model building that could result in new LEGO sets, for which LEGO currently uses the LEGO Ideas platform. Instead, LEGO states that this platform focuses on ideas and concepts, which can be pitched to the LEGO Group and potentially acquired by the company. 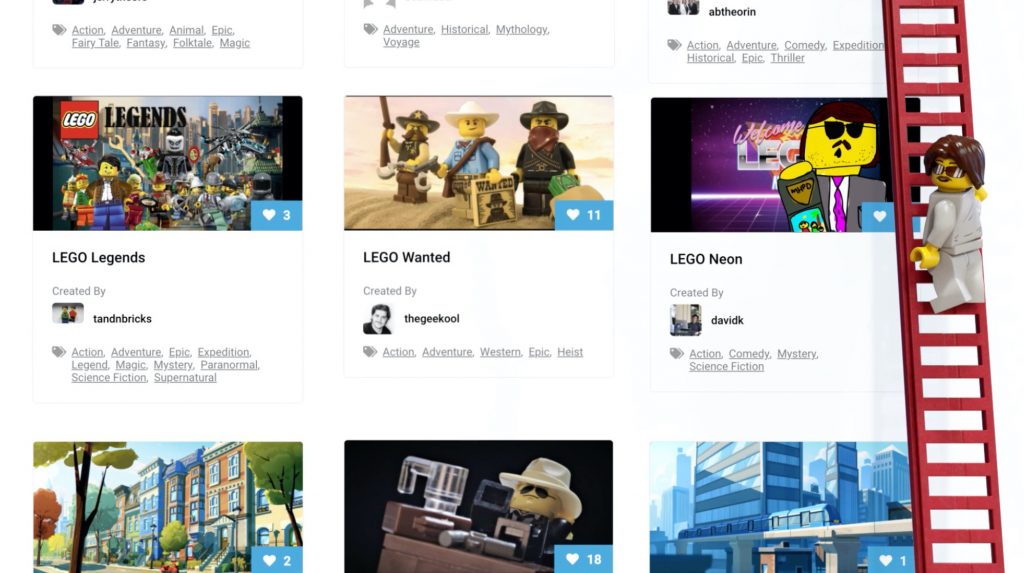 Tongal is not a new partner to LEGO, and the companies have previously worked together on various content creation projects, such as a series of videos.

The new platform is not to be confused with the Flash-based “World Builder” game that was once hosted on LEGO.com years ago, nor with the LEGO Worlds PC game from 2017. Instead, this new LEGO World Builder is an online sharing platform where fans can generate LEGO-related content ideas and storytelling. 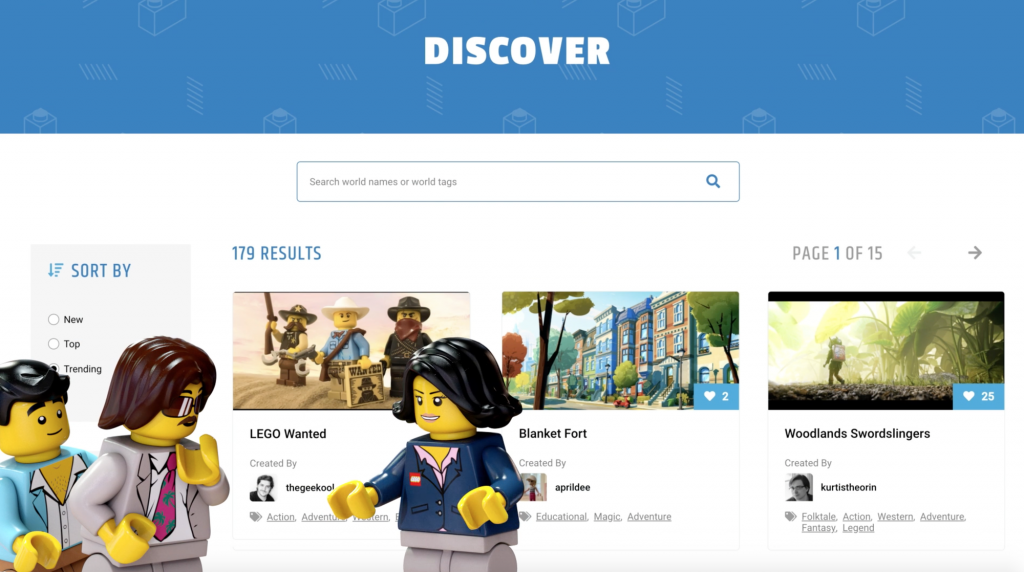 LEGO World Builder follows a long line of digital ventures and “platforms” from LEGO, such as Rebrick, which originated as a social bookmarking and reblogging site that was essentially a clone of del.icio.us, launched years after del.icio.us itself had failed. Rebrick was then relaunched to become a contest hosting site, and then eventually subsumed into the Ideas platform. Many of these ventures begin as “collaborations” or “partnerships” with existing ventures, such as the Japanese CUUSOO System from which LEGO Ideas was launched, and now Tongal. It remains to be seen what impact this latest venture will have on both the LEGO hobbyist community and on LEGO’s corporate portfolio.

You can read the full press release below.

The LEGO Group partners with Tongal to launch LEGO® World Builder,
a first-of-its-kind platform for developing stories, shows and more

The platform opens unprecedented, direct access to the LEGO creative team for a worldwide creator community, revolutionizing the way new talent and stories are discovered

Los Angeles and New York – August 24, 2020 – The LEGO Group and content creation platform Tongal announced today the launch of LEGO® World Builder, a first-of-its-kind story development platform that gives the LEGO fan community and creative talent all over the world direct access to the LEGO creative team to develop stories, shows, and more.

LEGO World Builder, designed in partnership with Tongal and powered by Tongal’s technology, connects a worldwide creator community to the LEGO Group, who can incubate ideas, collaborate, give feedback, and option or buy the rights to new concepts. Anyone over the age of 18 can join the open community and pitch their own stories, or team up and collaborate on story worlds with other fans, writers, animators and designers on the platform.

Each year, thousands of creatives send the LEGO Group original ideas for new content and stories. LEGO World Builder is wholly dedicated to empowering this type of creativity. The platform will also include challenges from the LEGO creative teams, where fans can share their own spin on existing LEGO IP.

“The LEGO Group is known for innovation. As early adopters of open platforms, they have shown true leadership in engaging those who love their products throughout the creative process,” said James DeJulio, Tongal Co-Founder and CEO. “They were one of the first organizations to adopt Tongal and our creative community, finding success developing and producing content on the platform, and now they have a dedicated environment to take it to the next level.”

The LEGO Group has been leveraging Tongal and its virtual production capabilities since 2012, working with their global creative community to produce video content across social and into streaming.

“As our partner for many years, Tongal has provided us a way to engage with our creative community and LEGO World Builder is an extension of that,” said Keith Malone, Sr. Director of Content Development at the LEGO Group. “We are privileged to be a brand that stands for creativity not only with our incredible products but also with the experiences we create for our fans. We hope the next Ninjago or LEGO Masters could come from this collaboration!”

Creators can go to worldbuilder.tongal.com to join the community, explore worlds and start creating.

About the LEGO Group
The LEGO Group’s mission is to inspire and develop the builders of tomorrow through the power of play. The LEGO System in Play, with its foundation in LEGO bricks, allows children and fans to build and rebuild anything they can imagine.

The LEGO Group was founded in Billund, Denmark in 1932 by Ole Kirk Kristiansen, its name derived from the two Danish words LEg GOdt, which mean “Play Well”. Today, the LEGO Group remains a family-owned company headquartered in Billund. However, its products are now sold in more than 140 countries worldwide. For more information: www.LEGO.com.

About Tongal
Tongal is the ultimate platform for content creation that gives networks, studios, and brands access to a global community of creators to simplify and scale content development. The company connects the best and brightest creative talent to opportunities in a virtual online production studio that facilitates remote work and collaboration. Tongal’s product and technology power the entire creative process end to end to bring undiscovered, great ideas to life through branded content, original content and advertising made on the Tongal platform. Tongal is backed by Endeavor and Insight Partners.