There are castles that are blocky grey fortresses, and there are castles that look like fairytales come to life. One such castle is the ornate Schloss Drachenburg, which bears resemblance to the more famous Neuschwastein. Just a few miles south of the German city of Bonn, this 19th century villa was the passion project of builder Caleb Schilling who replicated this building with an attention to accuracy. A range of earthen tones dominate most of the exterior, while the dark grey adorns the top sections. The overall appearance of this build already satisfies my hunger for beautifully built architecture, but there are plenty of details yet to savour. 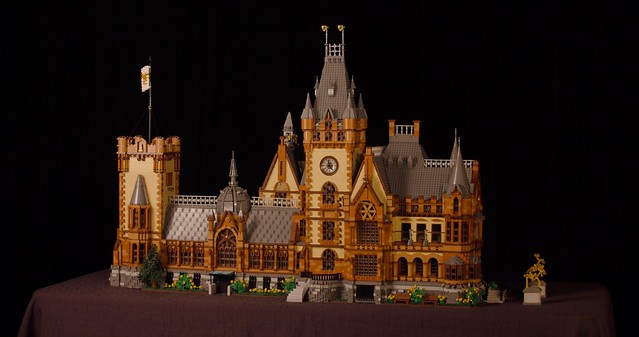 I love seeing large builds that do not sacrifice detail for size. It is really the matter of detail which distinguishes exceptional builds from all the other ones. This massive model by Caleb is the best of both worlds – it is both large and detailed. What stand out to me are the colour variations of dark orange and medium nougat on the lower walls. The sprinkling of masonry bricks add an effect of texture representing the old nature of this building. It is also worth pointing out the subtle horizontal lines in brown, which add another level of detail to the build. 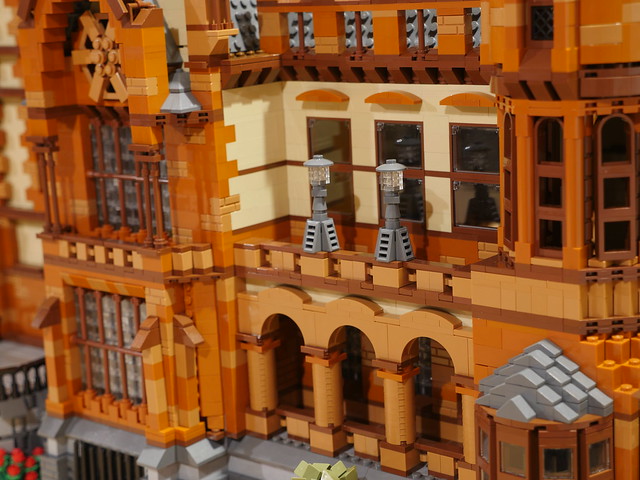 In addition to the textured walls, there is a quarter of a round tower which uses a classic building technique. A combination of bricks and cylinders enable a curved wall while resembling brickwork. A good variety of windows adorned by arches and facades fill up the surface area of the walls. While most windows use the usual window panes, other uses clear bricks and plates, giving the impression of stained glass. 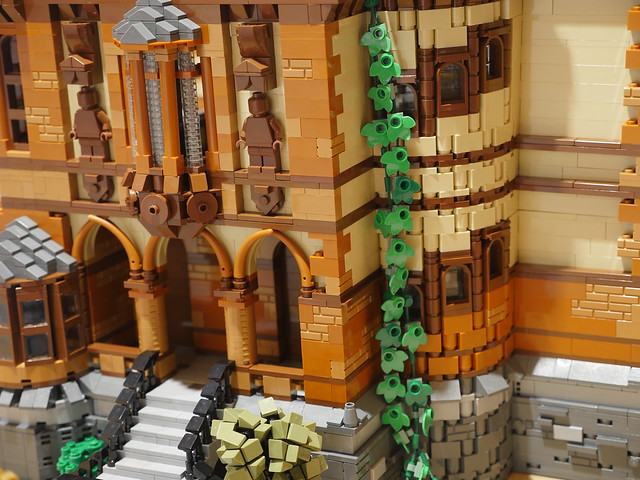 The large but almost minimal roof is a great contrast to the rest of the building, yet its simplicity draws your eyes to further details. Steep gables topped by iron works and chimneys pale in comparison to a massive tower with many angles. While it is the details mentioned above that make this build truly exceptional, it is the towers that take this castle out of this world into a fairytale. They are the topping on this cake, and Caleb has captured it all so well. Even the simple things have character to it, both in his build and the real life palace he recreated. 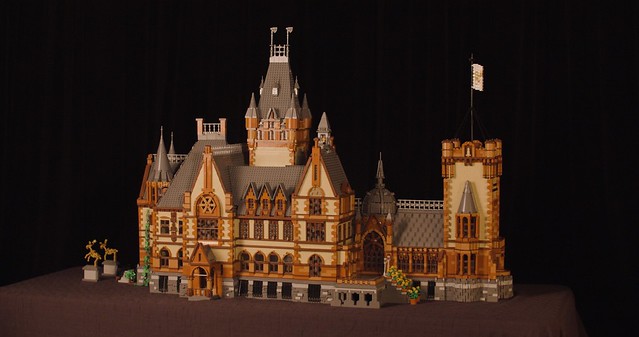 1 comment on “Schloss Drachenburg in LEGO: Here there be dragons!”