Your eyes aren’t deceiving you, this hovertank is indeed hovering! Space enthusiast Ben Smith has created a floating hovertank inspired by the fan-favourite Galaxy Patrol from the LEGO Collectible Minifigure Series 7, that not only looks awesome with a rugged colour scheme, but breaks the laws of physics. The boarding ramp is the only point of contact with the sand blue terrain, which raises the question: How is a ramp on the front of the vehicle able to actually hold it up and not collapse? 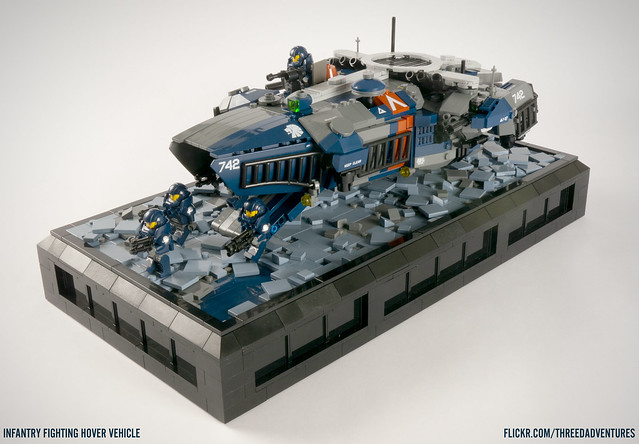 The answer is underground, in which Technic liftarms are held by strong connections to support the entire vehicle through just the landing ramp. Ben does not fully reveal his secret, but his initial digital plans for the vehicle show the boarding ramp extending below the surface of the planet. The base of the build is also large enough to hide the cantilevered structure that holds the weight up through that single connection point. A cutaway of the vehicle also shows the Technic liftarms running though the hovertank, holding it together and keeping it level in the air. 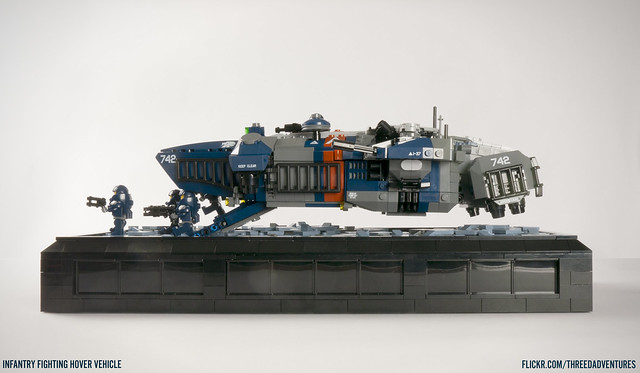