Here at The Brothers Brick we often feature LEGO spaceships, shuttles, and rovers both real and fictional and we are usually quite impressed. But as you can imagine we achieved a new level of…impress-ness when we saw the entire Kennedy Space Center Launch Complex 39A. This stellar creation was built by Lia Chan. Lia is a person of few words, no words, in fact. Other than providing a title we have no idea how many pieces this has or how long it took to build. One thing is clear is that this was a labor of love and the end result is just breathtaking. 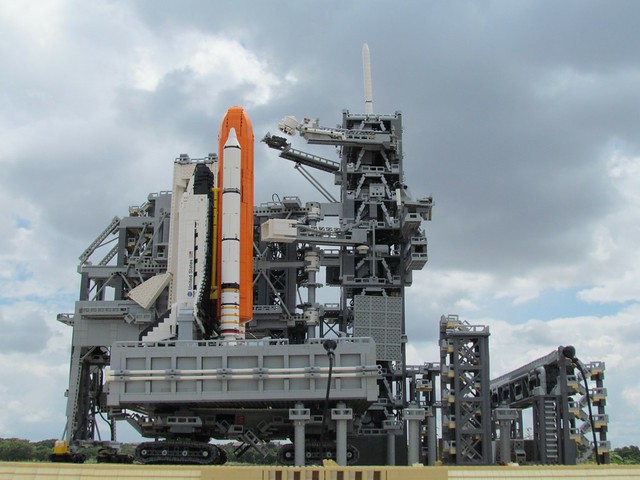 Lia could have stopped there and we would have been plenty impressed enough, by golly! But an alternate configuration features the shuttle launching with a realistic plume of exhaust. That is just…stellar! 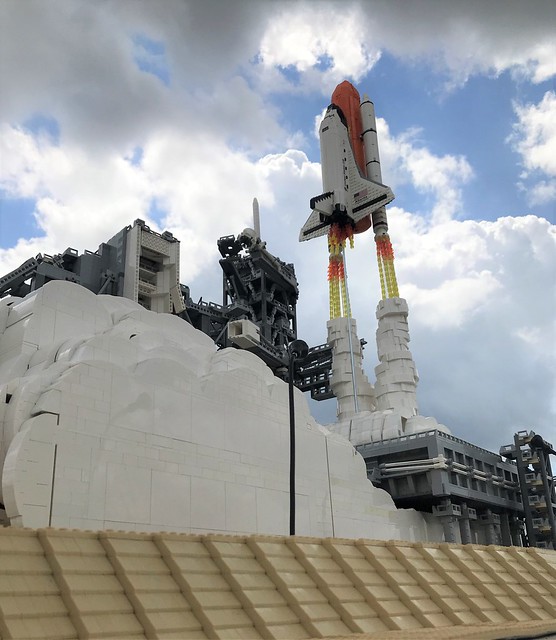