Couple weeks ago, we got the first look at this summer’s LEGO Technic sets including 42112 Concrete Mixer Truck set. One of the reasons we don’t see concrete mixers among official LEGO sets that often is that the vehicle like this one requires a special drum element — a very bulky single-purpose piece. But Kirill Mazurov proves that you don’t need big solid elements for awesome LEGO builds. Using a bunch of common and affordable panels, he managed to recreate the shape of the drum very precisely. With almost no holes, the structure looks as smooth as the one in the official set, and I love the mix of white and red colors. In case you’ve been following Kirill’s works, I believe you have already guessed that this mixer has a lot of functions. Make sure to check out the video under the cut. 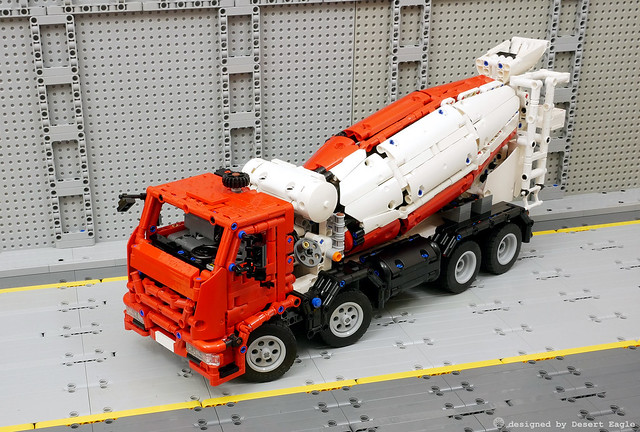 The video presentation of the model perfectly captures the mixer’s outstanding playability: