The story of the frog prince has been updated many times over the years. Maybe in this LEGO version by Ivan Marynov the prince has just realized that social distancing is going to make smooching a princess a lot more difficult. Whatever the case, this is certainly an expressive frog. A golden crown from the 2006 Knight’s Kingdom II theme is all that remains of this fellow’s past, and a bit of red cloth forms the interior of the gaping mouth. But for me it’s the eyes (yellow radar dishes surrounded by tires) that really get the horror of the moment across. I also like the Technic ball joints used for the toes. The tiny fly(ing) magic user is also full of fun part usage. From the blue wizard hat to the Parademon wings, this little fellow clearly wasn’t someone to mess with. 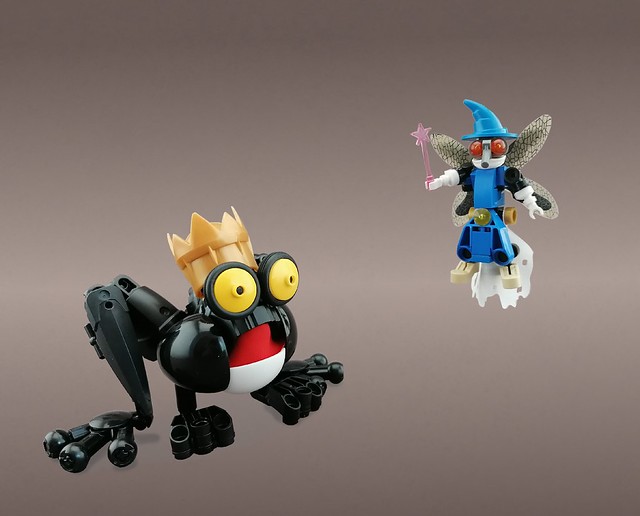 Ivan’s other featured creations aren’t quite as adorable, but you should still check them out!