Despite the great variety of LEGO tensegrity builds lately, almost all of them seem to have a few traits in common. In particular, most builders have “explained” the chains and string that connect the base to the hovering elements in similar ways. Either the connection is designed to look like it’s pulling the top section straight down, or it’s minimized to try and enhance the sense of gravity-defiance. What I like about this build by lokiloki29 is that the design of the connections implies obvious motion away from the center of the build. The 10-SGTY Racer feels like it’s trying to escape, and is being barely held in place by the tie downs. The result is a very dynamic build. 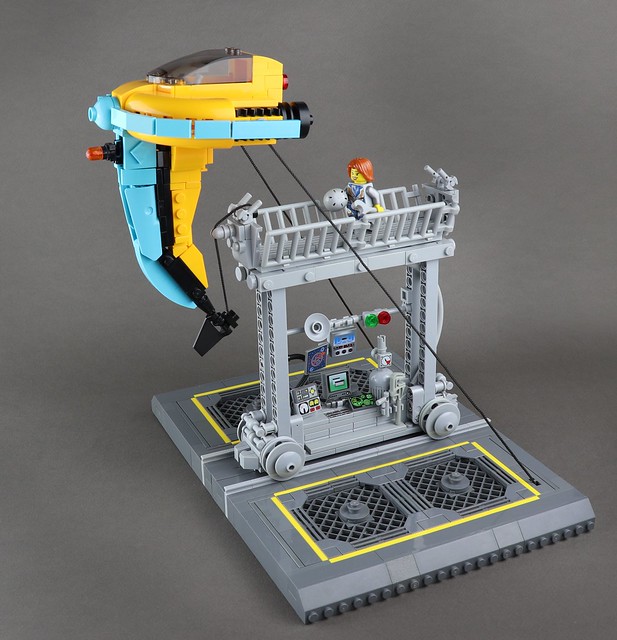 It certainly doesn’t hurt that the racer stands alone as a quality spacecraft build. Technic panels and curved slopes in medium azure give a sleek bit of contrast to the bright-light-orange of the quarter-arch bricks. I also like the ring of 1×2 tiles that match that arch. There’s some clever building with lightsaber hilts going on there. 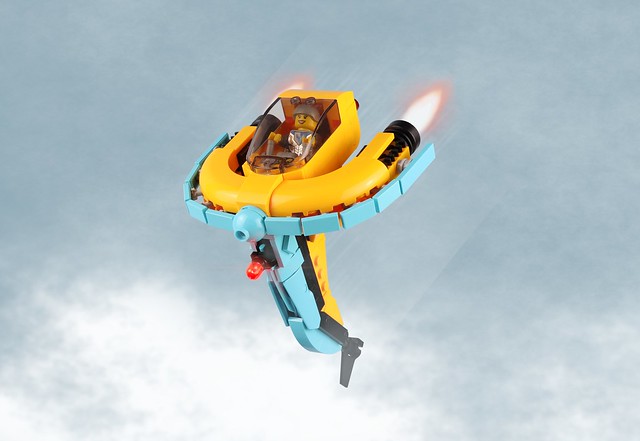 I think it’s also a nice touch that the pilot has a big grin on their face. After all, I imagine flying a racer like this would be quite the joy.