These are challenging times. I’m pretty sick of hearing that. Even more, I’m pretty sick of living it. But occasionally…occasionally…challenges can be pretty great, too. I mean, it’s hard to be too grumpy when great LEGO builders challenge each other and we get to look at the sweet, sweet results. One such outcome is the 4-D4 Recon & Fighter Craft built by Inthert. Challenged to build a ship around a specific 10x4x3 canopy in under 48 hours, the resulting ship still looks like it took months of work. 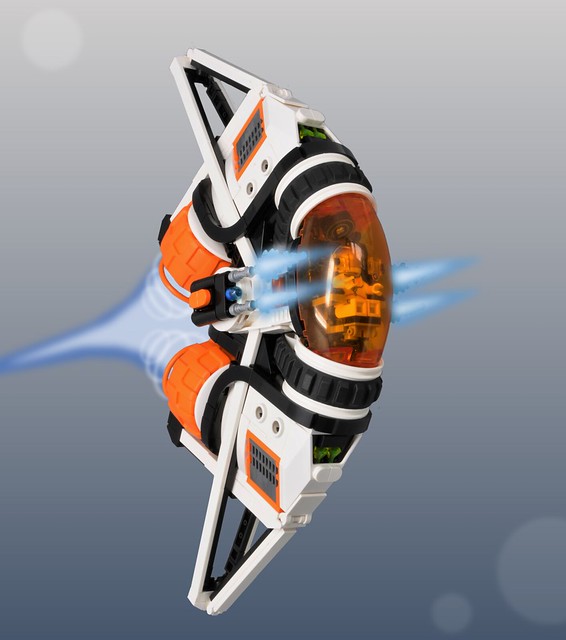 The orange version of the canopy is lifted from 2007 Mars Mission theme, but that’s not the only callback. The black, white, and orange color scheme is also a direct tribute, as are those orange wheels. The curve to the front of the ship is the result of some very tricky building, but it’s the triangular bracing at the ends of the arc that makes me smile the most. Or maybe it’s those tank treads. Or the texture and pattern from those grey wedge plates. It’s hard to make a choice. It’s all just so tasty.

Anyone else suddenly hungry for a re-release of Mars Mission?