In the northern hemisphere, spring is underway. It might not feel that way for some, as snow is still falling in parts, but it is indeed springtime. And what says springtime better than a butterfly? Maybe flowers, but flowers need pollinators like butterflies, and so the two go hand in hand. Or proboscis in nectar pit, as the case may be. So when the Style it Up contest gave the prompt to build something with LEGO that is perfectly symmetrical across a line, I (Benjamin Stenlund) eventually settled on a Monarch butterfly, one of the most recognizable insects in North America. Ok, I admit, my wife told me to make a butterfly. 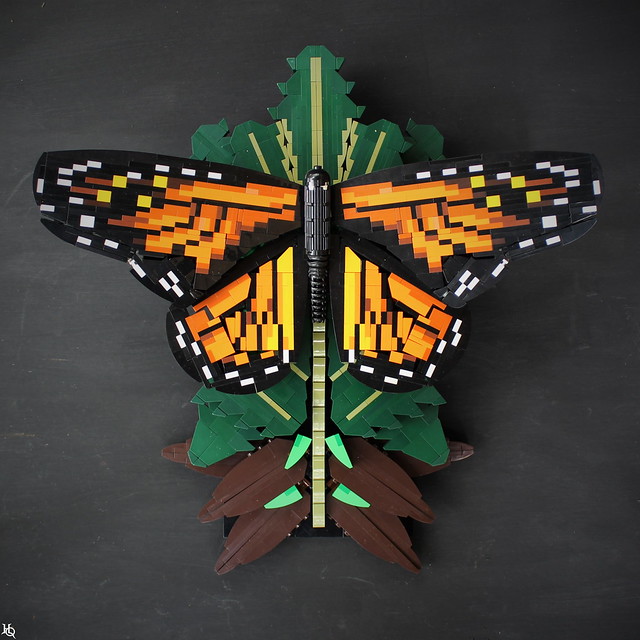 The challenge, of course, is trying to replicate the complicated patterns on the wings, with their many angles and colors, all while using a mostly rectangular system of interlocking bricks. I found that the old fingered hinges were better than the newer clip hinges, as they are flat, so I was thankful to have my childhood LEGO laying about. An even greater challenge than the building was photographing it without glare, as the flat surfaces reflected everything. But the end result, in my not-so-humble opinion, is delicately beautiful.