Mike Nelson was the unlucky fellow “recruited” by the mad scientists after Joel escaped. There were a lot of cosmetic changes to the Satellite of Love during his stay, most notably when the show was picked up by the SciFi channel. This set uses a lot of brown and old-grey plates to evoke the more weathered appearance of the ship. Mike is joined by Gypsy, the other occasionally-on-screen robot in the series. 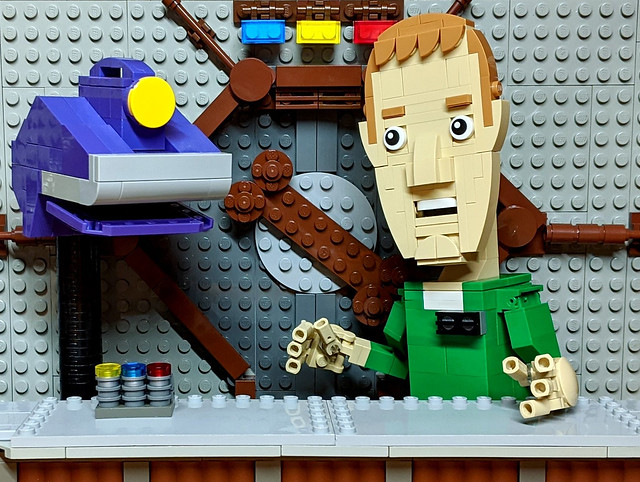 Mike is built in my standard “character style” – a flat face with a heavy reliance on curved slopes and Mixel eyes. I’m still really happy with the hand design that I worked up – they’re super-articulated and a great way to add some expressive gestures. Gypsy finally gave me a reason to use those purple car hoods I’d been hoarding.

Cambot is the seldom-seen companion who captures the experiment for the evil overlords. In the opening credits, he appears via a reflection in a mirror, so I replicated that in my build. I didn’t have a correctly-scaled mirror handy, so I cheated with a custom sticker. 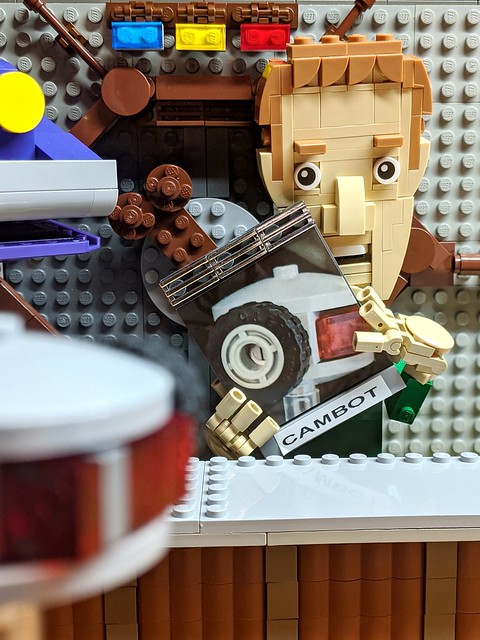 Eventually, Mike escaped too, and the show went off the air for many years. And then, happily, the experiments returned on NetFlix with a new host, Jonah Heston. The Satellite was completely rebuilt, with much brighter colors and a sleeker look. Gypsy, Tom, and Crow were also back, with new voices and slightly updated designs. But there were other big changes in store, like the addition of more robot friends. One of the most…memorable…is M. Waverly, Jonah’s first attempt at adding to the cast. He’s a tricky little bugger to replicate in LEGO. His beak is a very old classic space minfigure helmet, and the orange rings are Technic pulley wheels. Jonah was pretty easy in comparison, but I’m glad I had those BrickHeadz glasses on hand. 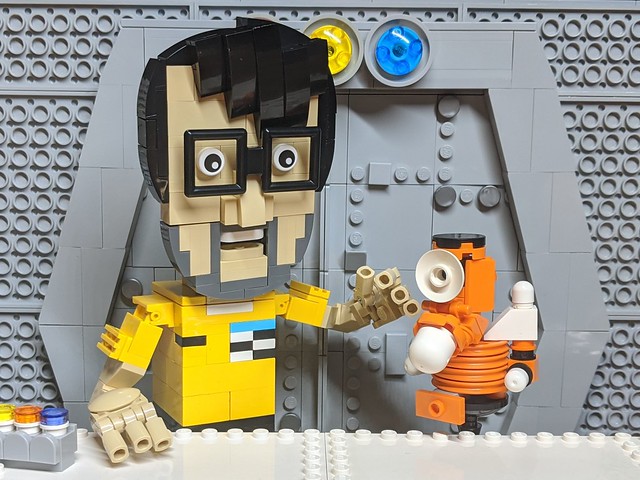 There are plenty of other characters from MST3k left to build. I’m hoping to make my way through the full series of evil scientists and henchpeople eventually. None of them are hidden behind a desk, though, so I’m going to have to figure that part out first. If you’ve got an idea, drop me a comment below.

Anyway. Mystery Science Theater 3000. Go watch it. You’ll be glad you did. And if not, eh, it was still something to do, right?