LEGO mecha builders draw their inspiration from all across popular culture sources, like movies, anime, and especially video games. While mecha has very deep roots in Japanese culture, and in the writings of Jules Verne, and H.G.Wells, the 1984 BattleTech (originally Battle Droids) could be considered one of the original mecha franchise to inspire modern LEGO creators to build machines piloted by humans. And that is where Kevin Hansen turned for inspiration when building this model. 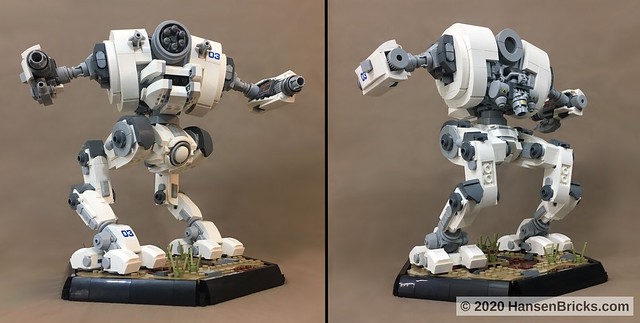 Built using a variety of curved white parts, the mech is very accurate to its source material, and this is one walker you do not want stepping on your picnic. Besides cannons on each arm, there is a missile battery mounted behind the pilot’s compartment that will make it rain fire.

3 comments on “A chicken walker worth clucking about”