One hundred internet points to you if you can see this LEGO Mandalorian creation without humming Ludwig Göransson’s iconic theme for the show. LEGO fan Logan W. has done a good job recreating Din Djarin as he appeared in the beginning of the series, before he loses his <SPOILER – REDACTED> and gets new <SPOILER – REDACTED>. Hmm, I must have some kinda spoiler filter installed on my computer, preventing me from ruining any cool new media. How far back does it go? Will it let me reveal that in The Empire Strikes Back we find out that <SPOILER – REDACTED> is <SPOILER – REDACTED> father? I guess not. Well, if I can’t talk about the show, let’s focus on the model! I love to see Bionicle and system parts integrated in the same model, and they really come together here. The cloth element for the cape is also a really nice touch. I wonder if he built a version of his sidekick, <SPOILER – REDACTED>, to accompany him? 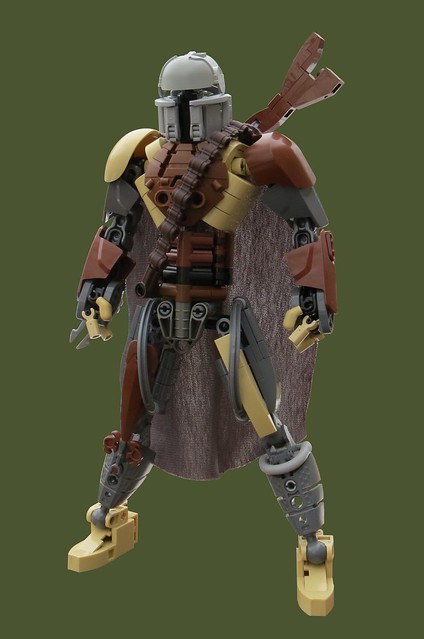