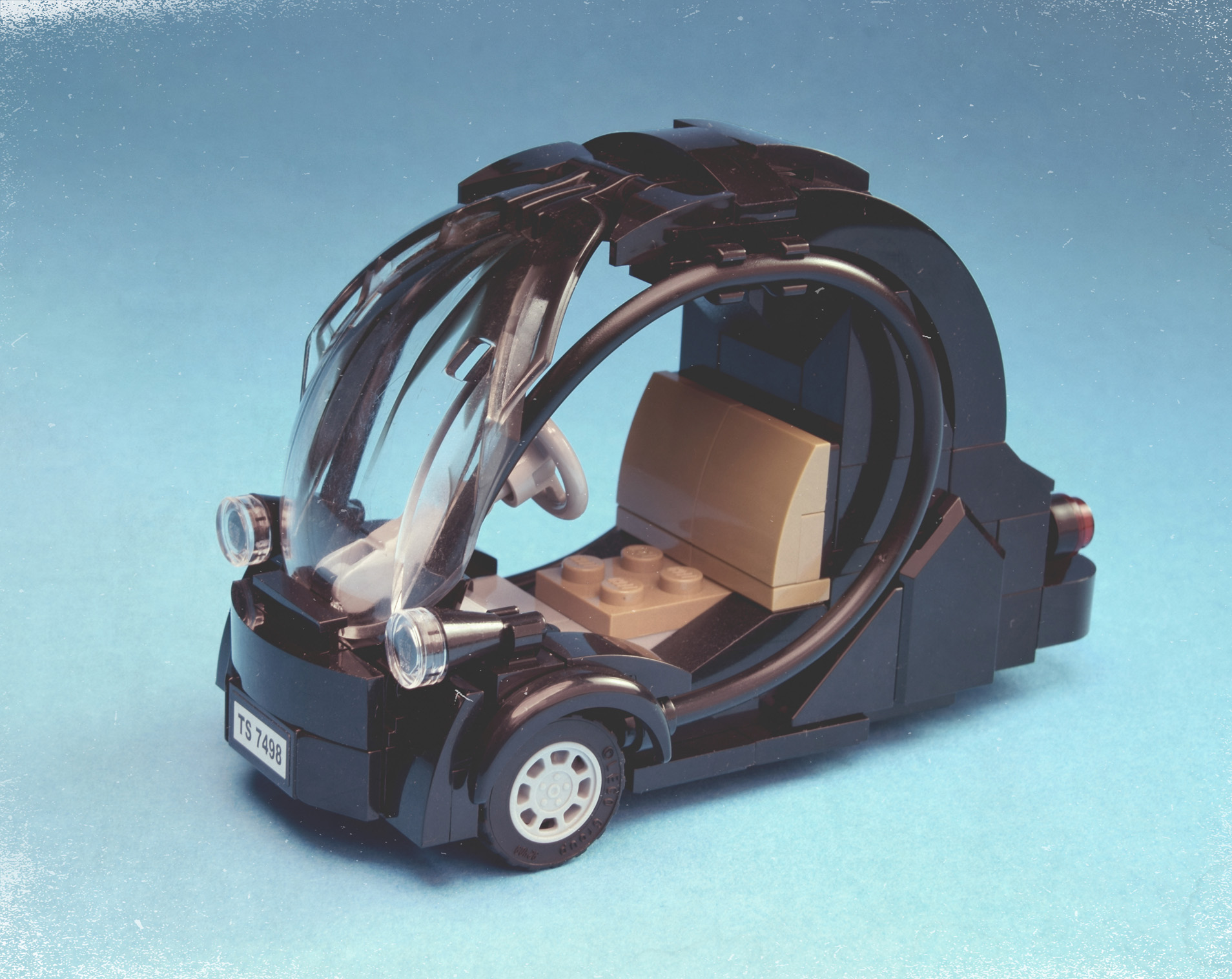 Looking at the real-life car and LEGO model side-by-side, Aido K did a fantastic job of capturing the shape of this unusual car. To emulate the huge front windshield, the builder used a windscreen element from the Bionicle Nuhvok set released in 2002. The use of pneumatic tubing to capture the curve of the side-profile works well here and is reminiscent of how flex tubing was used in the Technic Bugatti Chiron. I’m also digging the headlights and inclusion of the car’s steering column. 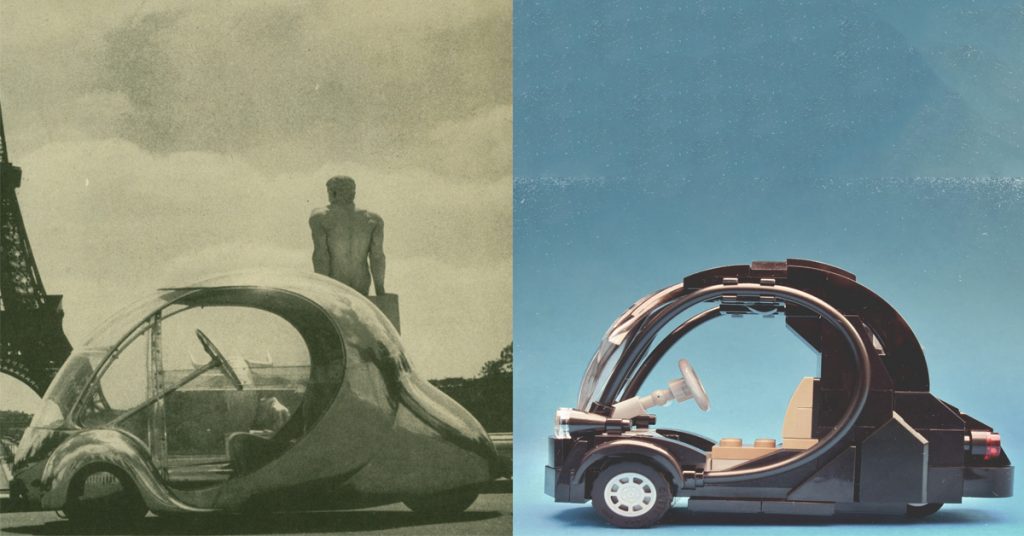 Angled and curved slopes are expertly used to duplicate the back side’s sharp curve, while side-mounted angled tiles provide additional shaping to the Egg. The only thing this model is missing is the silver aluminum body, but Aido K mentions has plans to source custom chromed elements to make his LEGO car look like the real deal!