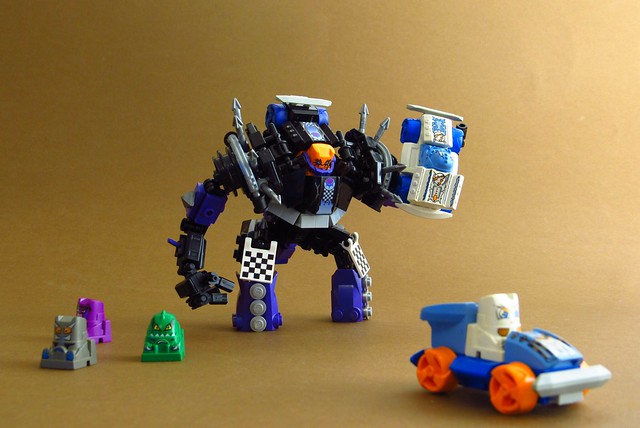 I started the build by looking through my sizable collection of Xalax characters (I own about a half of these obscure sets) for inspiration. The first decision was to use as many parts from a car as possible (and obviously its driver as the mech operator). Spiky seemed the easiest to do, since his (or her?) car is black, an easy colour to build in. Having a basic idea and a set colour scheme, I started building. I tried to capture as many elements from the printed pieces: the spiked shoulders are supposed to resemble the set’s side printing and I even tried to capture the “iconic” light gray bumper. I feel like the checkered pattern flag pieces do a good job of reproducing the print as well, although a black version of the same piece would probably be better. The creation was actually completed quite quickly, in a time window of about 24 hours. 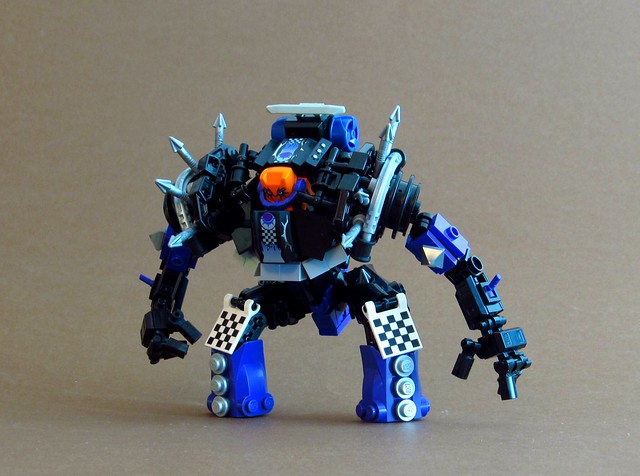 I hope this creation inspires somebody else to make their own version of a mech (or spaceship, or maybe even a racecar) using pieces from this forgotten theme. And I know some of you have these little guys lying around. Use them! They deserve to be treated better!