If you’ve been following The Brothers Brick lately, you may have seen some sci-fi builds by ZCerberus. He had an awesome entry for SHIPtember, a cool spider walker and, most recently, a Classic Space vehicle. Now he’s back and bigger than ever. In my article on the SHIPtember build, I expressed hope that the fleet would continue to expand, and he has delivered in a delightfully orange way. The one on the far left is the previously-covered SHIP, but the rest are nearly as impressive size-wise and equally as detailed and heavily armed. I love the editing job with the cool space background and all of the ships flying together.

First up, let’s look at the cargo frigate Cornucopia. It hauls various cargo pods, kept in place by the train gates. Like all of these spaceships, I love the different spiky antennae coming off at different angles, as well as the roller coaster track pieces and the girders. It has a satisfyingly industrial feel. 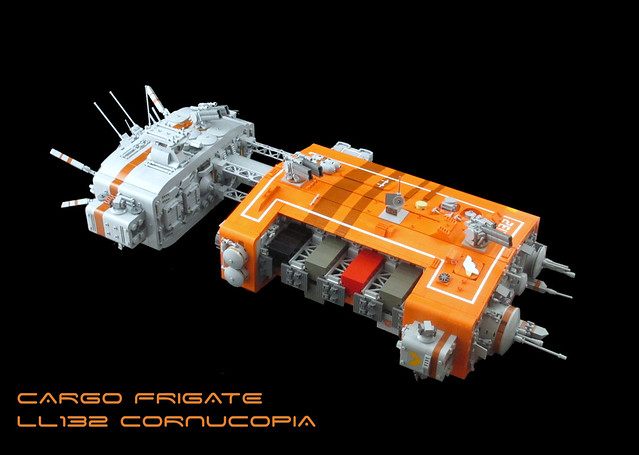 Next is the Anvil Class Carrier, Ark IV. Not only does it look cool with the hangar bays on the inside for better protection, but it can also split apart and function as a half-carrier. When I look at Z’s ships, all I can think is “dang, I wish I could greeble like that.” ZCerberus is one of those builders out there who can make a ship look so texturally interesting. It has the pipes and vents in all the right places, and we can’t forget the guns. 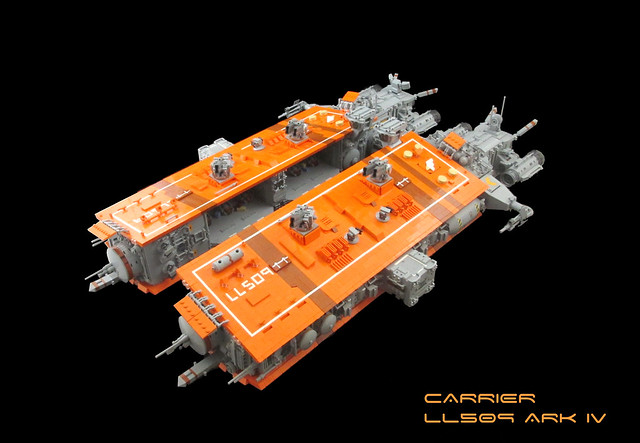 The last two have been gathering stardust for well over a year since we last featured them on The Brothers Brick, but they still look awesome. Even more awesome with the rest of the team, in fact. When they are all cruising the skies, watch out, galaxy!