It was a pleasure to meet Jason Allemann a few weeks back at BrickCon. He was our very funny keynote speaker and if you don’t know him by name, you may certainly know him as the builder who specializes in feats of engineering such as his now famous Sysiphus model and the two times his LEGO Ideas submissions became actual sets; once with the 21305 Ball Maze and the 21315 Pop-Up Book. If you were lucky enough to attend BrickCon this year, you may have had a chance to get your grubby little mitts on the exclusive convention model, which is of this LEGO builder building LEGO, built by Jason, also a LEGO builder. See, it’s totally meta! Like all of Jason’s models, movement is a key feature with this one. You turn a crank and this little fellow toils busily on his LEGO model of the BrickCon logo. 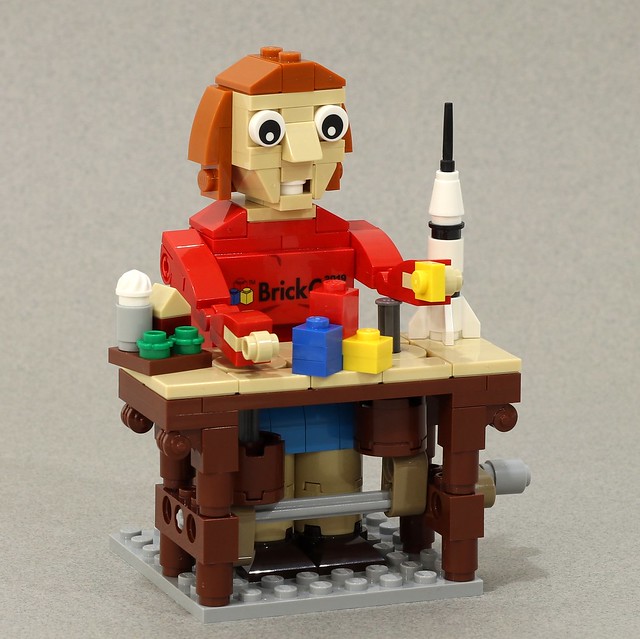 Also, if you happen to have a Power Functions motor you can hook that bad boy to it and this little guy will really cook! But don’t just take my word for it, watch this build video of the designer building the model, then later hooking up a motor to it. Brothers Brick’s own Chris Malloy did the graphic design for the packaging. Neat!