Thanks to regular building contests held by the LEGO Ideas team, hundreds of fantastic custom creations have seen the light in the recent couple of years. The Unleash Your Own Genetically Modified Hybrid Dinosaur! building competition gathered some of the craziest and funniest creatures of this summer. As we continue seeing some of the best entries as the builders share them elsewhere online, we can’t help but admire this hilarious Veggiesaurus by Scott Wilhelm. 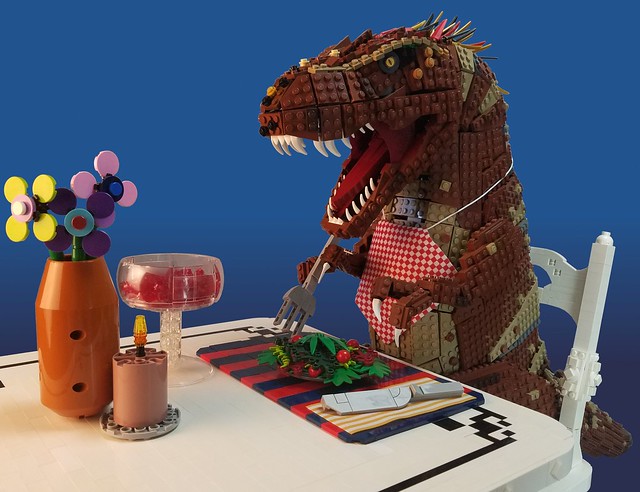 Well, we know there were a lot of vegetarian dinosaurs, but a creature like a “vegetarian Tyrannosaurus” sounds like either a freak of nature or the triumph of modern science. Looking at the pictures of this foody, I tend to think it’s a win rather than a failure. A full-length picture of the T. rex reveal the actual size of the build; the furniture and table accessories elevate the work to a whole new level. And although this Tyrannosaurus rex looks very frustrated, I hope it will feel much better once he finishes his dinner. 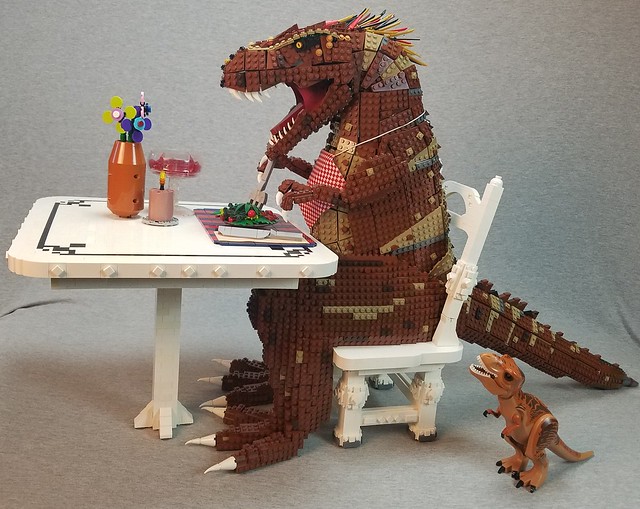