There seems to be some LEGO builders who, when they sit down to build LEGO models, they really pump them out..and in fine form too. Inthert’s recent experimentation with new parts has brought out some great technique and this follow-up ship to his previous creation, 6-H Cargo Hopper, holds its own. Named the TRE-O, it has an almost Microscale feel, which may be partially due to the impression the solid white leaves. There are so many tasty combinations in this little vessel, so let’s just talk about a few. The curved top 1×2 brick dominates the front arms, which slide beautifully into a wheel arches. Twin 1×4 curved slopes adorn each fin further up, giving it another nudge toward its microscale feel. Another fun detail is the new 2×2 plate with thin rotation stem acting as the base of an antenna mount. 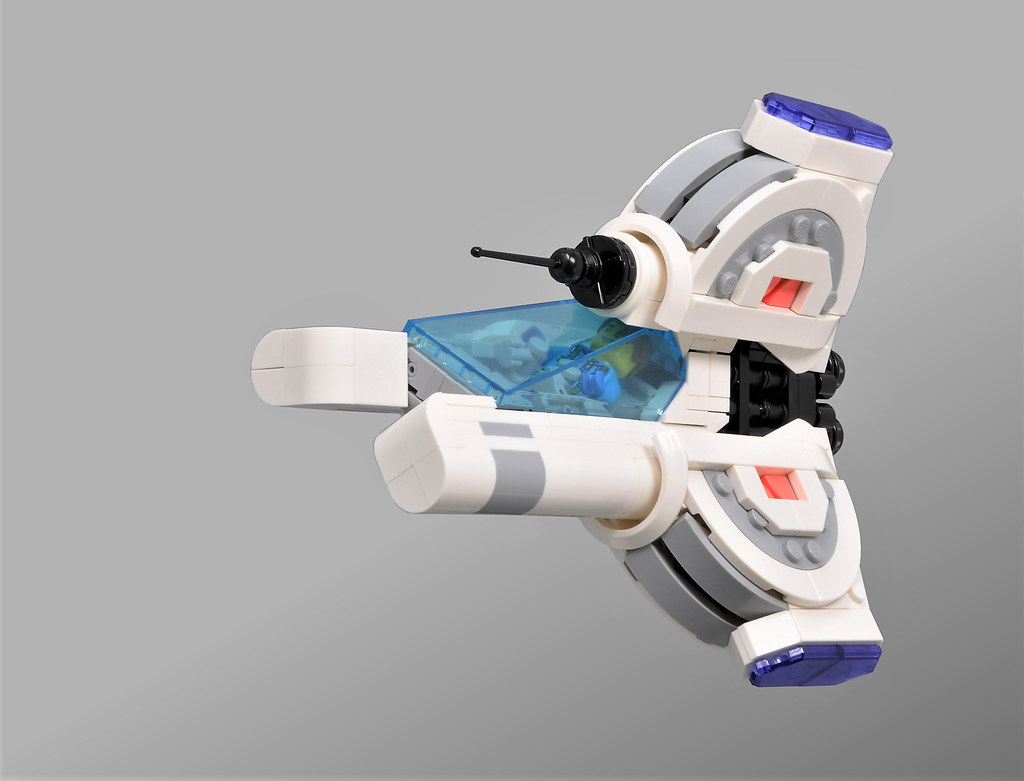 The new pneumatic liftarm with connections for hose has instantly proven itself as a perfect engine or thruster, and this shot shows it off really well. Though the back to back 3×3 slope wedges (introduced in the Overwatch range) look great, the shaping of the rear portions of th three fins sets the stern off for me. 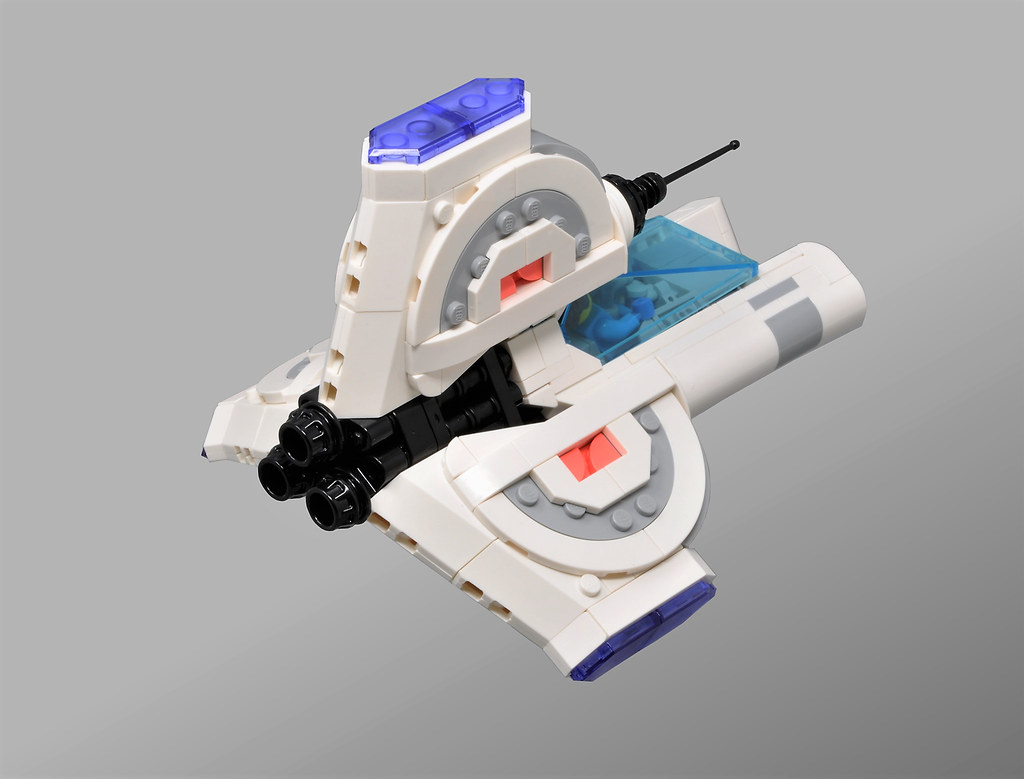