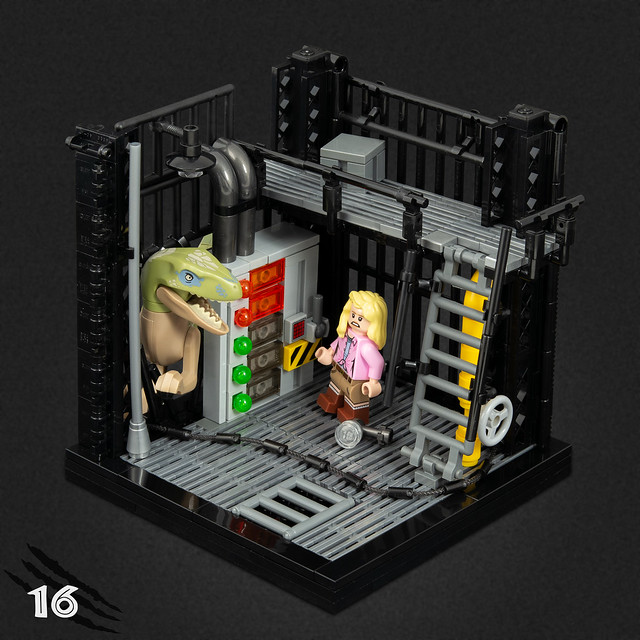 Oh wait…There are more raptors, and these ones want to eat children. Poor Timmy and Lexi. They are huddled up in terror in the kitchen, and while it is probably the scariest moment of their young lives, the kitchen itself is amazing. Jonas has included practically every minifigure accessory that comes in flat silver, from scissors to socket sets. The studs-down stacks of radar dishes are perfect as dinner plates. The poor raptor will probably end up smacking its head against something shiny while the kids run off to safety… 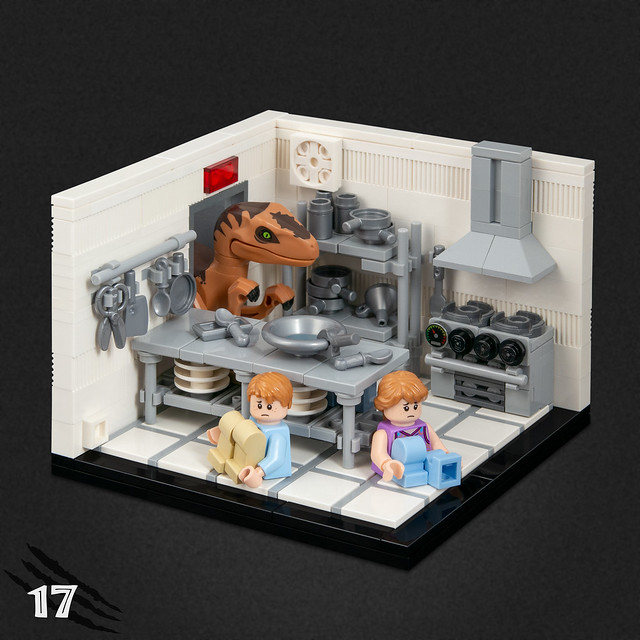 …Or not, as the raptors continue to pursue the children. Now Drs. Grant and Sattler are both back, ready to run with the kids, but just before the raptors devour Timmy as he desperately clings to the skeleton of some extinct giant, the T. Rex comes in to save the day, crushing one of the raptors in its enormous jaws. Then it flings the hapless raptor to the side and roars. Jonas captures the moment beautifully, re-using the Tyrannosaur from the tenth vignette to great effect. As great as the Rex is, the visitors center in the back is really a treat to see, with bright red rafters and lots of glass. The tree outside the window adds a tremendous amount of depth to the scene, too. Off to the side, we can visualize the Jeep and Explorer making another appearance, this time in microscale, wrapping things up and providing a fitting conclusion to an amazing series of vignettes. 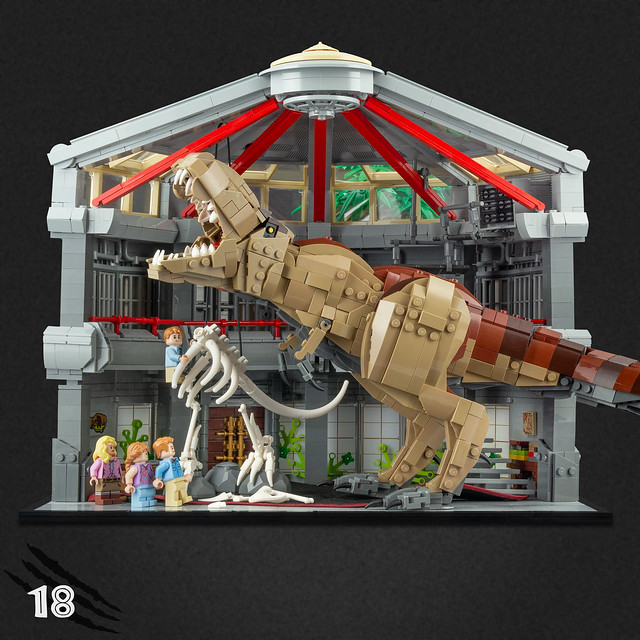 1 comment on “Raawwr! No one beats a Tyrannosaurus Rex”