LEGO launched a new initiative today called Rebuild the World, a campaign with the purpose to “help nurture the creative skills of the next generation.” The company has partnered with musician Mark Ronson, British designer and inventor Dominic Wilcox, and 19-year-old David Aguilar, who built a prosthetic arm out of LEGO to ultimately “nurture the creativity and problem solving-capabilities every child is born with.”

To mark the occasion, LEGO is hosting some events at the LEGO House in Billund, Denmark and launched a series of videos that discuss how we can “Rebuild the World.” LEGO CEO Niels B. Christiansen and LEGO Brand Group Chairman Jørgen Vig Knudstorp also filmed a video explaining the initiative with a special message to AFOLs around the world.

The launch video depicts a rabbit chase through a real-life city inspired by numerous LEGO sets and elements including many over-sized props. See how many LEGO “Easter egg” references you can find in the video, and then try to figure out what it means in connection to nurturing creativity and rebuilding the world.

A special behind-the-scenes video shows off some of the over-sized minifigure accessory props along with LEGO leadership discussing the campaign, with a special call-out to AFOLs (Adult Fans of LEGO) who are the “ambassadors of the brand.” (As an AFOL myself, I want one of those life-sized minifig cameras!)

The press release from LEGO and a small photo gallery are included below. 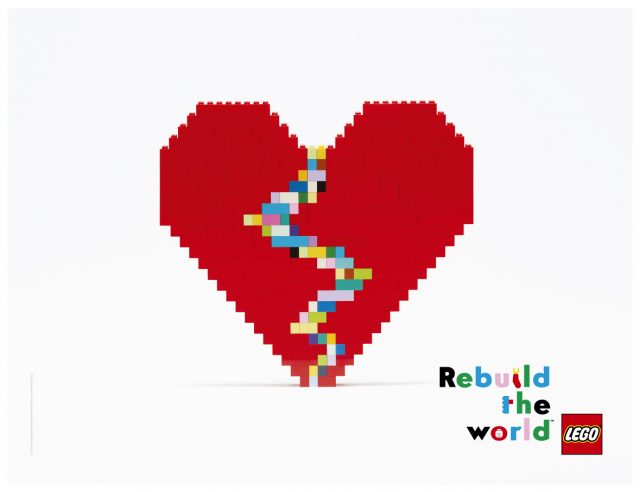 [Billund, 17 September 2019]: Today, the LEGO Group and musician Mark Ronson launch Rebuild The World, a campaign to help nurture the creative skills of the next generation.

Over 100 children will meet Mark and other inspiring figures, such as 19-year-old David Aguilar, who built several prosthetic arms from LEGO® elements, at the LEGO House, Billund, to explore the infinite potential of creativity.  Their imaginations will also be fired up in a series of workshops, where they’ll be challenged to rebuild the world they see around them.

“My whole career has been about working with brilliant, creative people and seeing where our imaginations take us. Rebuild The World, is a wonderful opportunity to help inspire the next generation of creators who will come up with their own ideas to shape the future of everything from the way we live to the music we listen to,” explains Mark Ronson.

The LEGO Group believes that every child is born with incredible creative problem-solving capabilities, but we need to act now to nurture that creativity so that it can become a lifelong skill, as the future depends on it.

Inspiring creativity is more critical and urgent than ever. The World Economic Forum Future of Jobs Report places creative problem solving in the top three skills the job market will require from 2020. Imaginative play helps children learn how to innovate, problem solve and think critically throughout their lives.

Mark Ronson will also be joined by representatives from other creative fields to discuss why it’s more important than ever to help nurture creativity as a key skill so that the builders of tomorrow can succeed in an ever-changing world.

Julia Goldin, Chief Marketing Officer, The LEGO Group, said: “Rebuild The World is all about seeing where imagination takes us and celebrating the natural creativity of children. We want to encourage kids around the world to develop and retain these skills as they grow older.  With this campaign, we want to inspire people of all ages to play and unleash their creativity to create a world of infinite possibilities.”

Meanwhile, British designer and inventor Dominic Wilcox will lead a series of Rebuilder Workshops on the 17th September. He, along with two other creatives, will challenge kids to reimagine iconic landmarks, invent new gadgets and solve everyday problems – all with LEGO bricks. Other LEGO professionals will lend a hand, helping the kids bring their incredible ideas to life.

“Who knows what will come out of today… a house with a hot air balloon for a roof?  A car with long legs to jump over the traffic ahead? No one sees the world quite like children so we’re excited to see what they come up with,” says Dominic Wilcox.

Kids around the world can also take part by sharing their creations on the LEGO Life app or by visiting www.lego.com/rebuild-the-world-challenge

The LEGO system has long been the ultimate platform for creative expression and creative problem solving.  Children don’t just imagine what to build, they can build and rebuild.  Experiment.  Fail.  Break the rules.  Fail and Try again… This is the cycle of human creativity and the essence of the LEGO System in Play.

Now, we’re going even further. Through Rebuild The World, we want to inspire children to unleash their creativity, join the Rebuild The World challenge and rebuild a world of endless possibilities for real.  Learn more by visiting www.lego.com/rebuild-the-world

Created by the LEGO Group’s internal agency with BETC Paris, the Rebuild the World campaign is the most ambitious global brand campaign ever. Directed by the multi award-winning Traktor collective, the adventure follows the chase between a clever rabbit and an unlucky hunter and unfolds in the kind of world that only LEGO play could create. Every character, animal and vehicle is based on an existing or past LEGO toy, so heads spin 360 degrees, everyday objects are outsized, and a boat can suddenly fly with a little help from a palm tree.

About the LEGO Group:

The LEGO Group’s mission is to inspire and develop the builders of tomorrow through the power of play. The LEGO System in Play, with its foundation in LEGO bricks, allows children and fans to build and rebuild anything they can imagine.

The LEGO Group was founded in Billund, Denmark in 1932 by Ole Kirk Kristiansen, its name derived from the two Danish words LEg GOdt, which mean “Play Well”. Today, the LEGO Group remains a family-owned company headquartered in Billund. However, its products are now sold in more than 140 countries worldwide.

Ronson grew up in London, England before moving with his family to New York City.  Already a keen student of music, and a huge fan of hip hop, he was 16 when he first began creating mixtapes and trying his hand at DJing. That early passion set him on a path to music production, recording and songwriting that has resulted in a career highlighted by work on a multi Grammy-winning album by Amy Winehouse, as well as his own Grammy-winning, global smash hit with Bruno Mars, “Uptown Funk.”  Along with releasing four successful albums under his own name, his resume includes work for some of music’s biggest names, including Adele, Paul McCartney, Duran Duran and Lily Allen. More recently, he helmed Lady Gaga’s acclaimed fifth album, Joanne and Queens Of The Stone Age’slauded Villains.  In 2018 he released a string of singles with Diplo under the name Silk City, including the worldwide hit “Electricity” with Dua Lipa, which earned him a Grammy Award for “Best Dance Recording” in 2019.

He is a co-writer of the song “Shallow,” recorded by Lady Gaga and Bradley Cooper for the movie A Star Is Born, for which he earned an Academy Award for “Best Original Song,” a Golden Globe Award for “Best Song Written for a Motion Picture,” and 2 Grammy Awards. Most recently Mark collaborated with Miley Cyrus, Camila Cabello, Lykke Li, YEBBA and more for his upcoming fifth studio album Late Night Feelings, which was released in June to rave reviews. He operates his record label, Zelig Records, home to fast rising star King Princess. Ronson has 1 Academy Award, 7 Grammy Awards, 2 Brit Awards, 1 Golden Globe Award and more.

Since he was a child, David Aguilar was obsessed with LEGO bricks. He spent his childhood building cars, airplanes, helicopters and finally at just 9 years of age, his own prosthesis. Born with a deformed arm, the self-styled “Hand Solo” decided to take his LEGO building skills to the next level.

At seventeen years of age and at a difficult time in his life, he invented his first prosthesis with LEGO Technic elements, dismantling a helicopter from his bedroom shelf. Then at eighteen years of age he perfected his design, and using an airplane LEGO Technic model whose landing gear engine allowed him to take on more weight he designed the MK2 – a prosthetic arm that can bend and lift objects with a clamp. Now, he’s the coolest kid on the block and continues to rebuild his world. 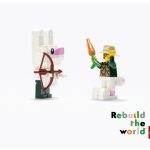 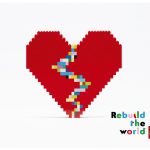 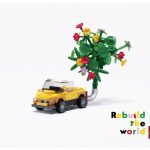 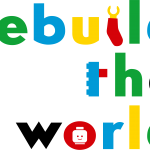 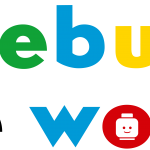 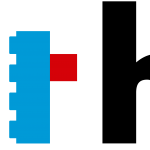