Author Frank Herbert was first inspired to write the epic Dune novels by the sandy dunes on the Oregon coast in the United States. As a struggling sci-fi writer early in his career, it seems doubtful that Herbert would have had the means to live in such a wonderfully architected home as this exquisite LEGO house among the dunes by Sarah Beyer. Sarah’s house features stone walls built from plates, plus geometric white sections and a garage door built on its side. The square stone arch at the roofline is particularly striking. 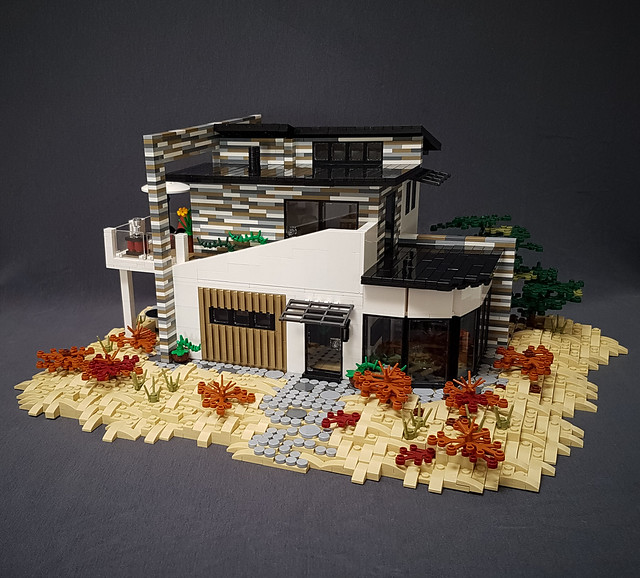 The landscaping around the home is no less noteworthy, with an irregular base that looks exactly like sand spilling all around the base of the structure and scrubby plants rooted in the loose soil. 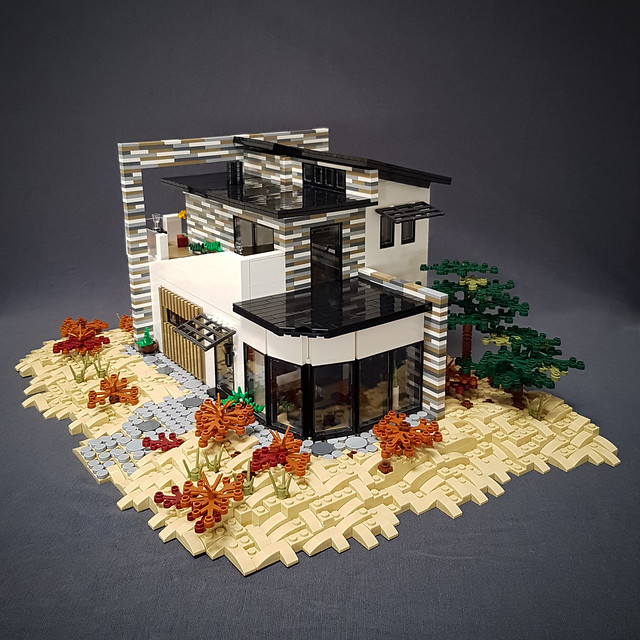 And be sure to check out all the other LEGO Architecture by Sarah that we’ve featured previously.