To celebrate the launch of the third season of Netflix’s sci-fi drama Stranger Things, TBB kicked off a contest on the Fourth of July, challenging our readers to build other locations from Hawkins, Indiana not featured in the LEGO Stranger Things 75810 The Upside Down. The challenge was actually quite simple — the LEGO creation needed to feature both the normal world and its “Upside Down” counterpart location, as we showed in our own free instructions to build a LEGO Castle Byers. It’s been great to see builders interpret this design brief in so many different ways, through the contest entries on Flickr. Today, we’re happy to announce the clear winner of our contest — “Barb’s Disappearing” by talented German builder Jonas Kramm. 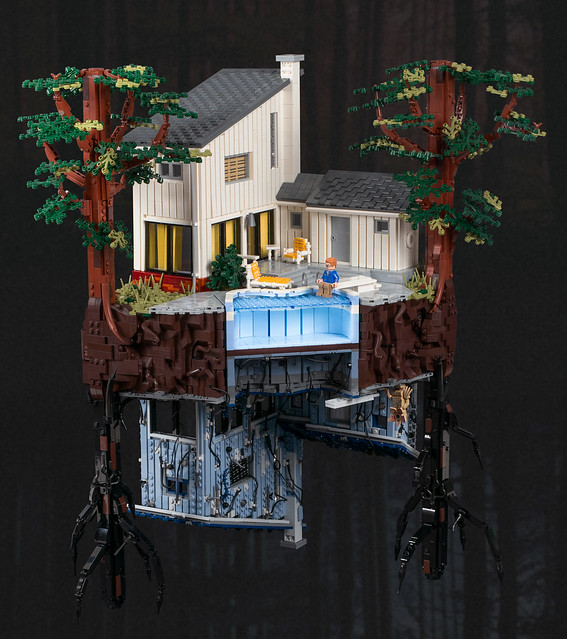 Jonas interpreted the contest’s concept perfectly with his recreation of Steve Harrington’s house, where Barb Holland rejects the immature behavior of her best friend Nancy Wheeler, Nancy’s boyfriend Steve Harrington, and Steve’s awful friends. After injuring her hand, Barb sits quietly on the pool’s diving board awaiting her terrible fate at the hands of the Demogorgon. The Harrington residence in the real world is captured wonderfully, with vertical siding on the house, shingle roof tiles, an irregularly shaped pool, and trees surrounding the home. Jonas has added to the atmosphere in this photo with some excellent lighting flowing from inside the house. 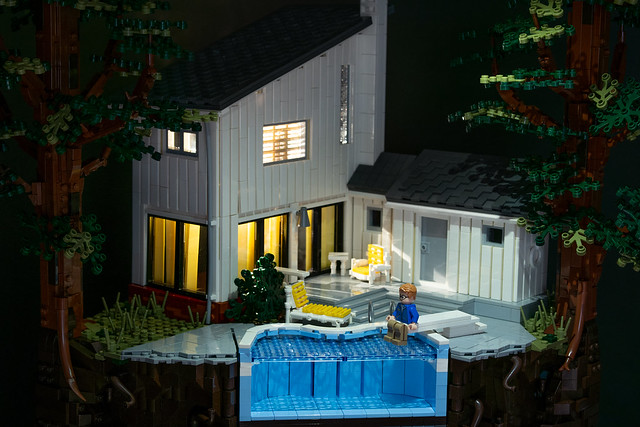 Like the official LEGO set, the Upside Down version of the Harrington house is a mirror image of the real-world version, but built in darker colors, covered in slime and overgrowth, with the human structures in a dilapidated state. Most terrifying of all, the Demogorgon approaches the diving board from behind… 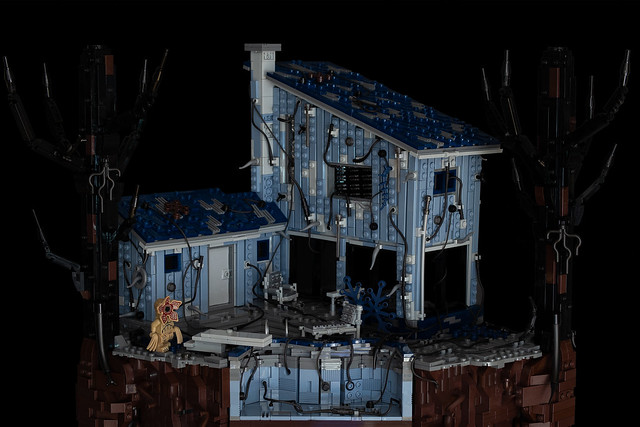 When we say that Jonas executed the concept perfectly, it’s not just that he built two excellent scenes that are real-world and Upside Down mirrors of each other. Also like the official set, Jonas’ model flips upside down, and can carry the weight of the entire model on the trees and the house’s chimney. Click the animated GIF to watch a slightly longer video, where you can get a peek at Jonas’ LEGO studio.

By choosing an unexpected location shown briefly in Season 1, Jonas has made us pause and think about this fateful moment when Nancy made the wrong choice, setting up her character’s growth throughout the rest of the series. We’ll be contacting Jonas to arrange shipment of 75810 The Upside Down and Castle Byers soon!

Despite running shortly after a more general Stranger Things contest directly from LEGO, the TBB contest generated numerous original entries that also captured the spirit of what we were looking for, even if they didn’t quite live up to Jonas’ amazing Harrington house. Let’s take a quick look at several honorable mentions.

Jonathan Fictorie is new to Flickr, but brought a strong dose of talent for the first LEGO creation he shared there. He’s recreated the Soviet lab under Starcourt Mall, with the Mindflayer just on the other side of the wall. The highly detailed laser device is excellent, with the addition of some nice Photoshop effects on both the real-world and Upside Down sides of the LEGO creation.

The laser device is worth a closer look as it tries to open a gate to the Upside Down. Jonathan’s LEGO version incorporates actual lighting, and the entire lab is highly detailed. 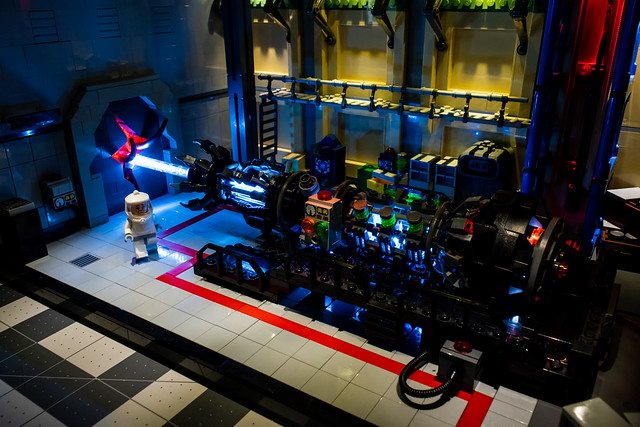 “Scoops Ahoy! at the Starcourt Mall” by Josh captures an idyllic 1980’s summer scene when everybody goes to shop and eat at the mall. Josh says, “After you’re done picking out your new outfit at the GAP, head on over for a Banana Split Sail-Boat Surprise! But this is Hawkins… so watch out for the deadly flavors scooped out in the Upside Down.” Be sure to click through to Josh’s Flickr for more photos of the interior and the Upside Down. 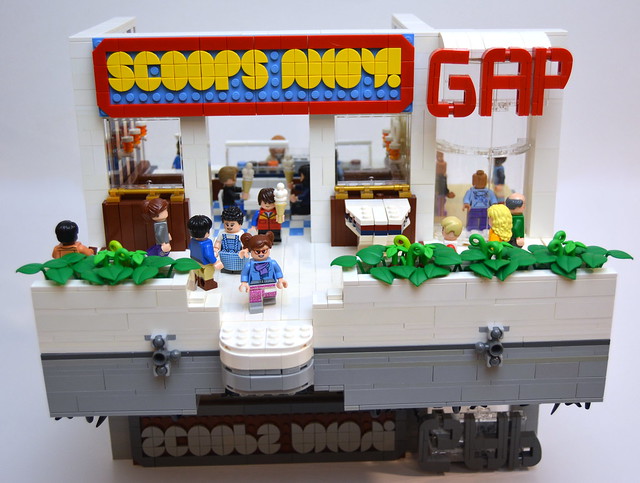 Entries didn’t have to be huge or flippable like the official LEGO set to be great, as KevFett2011 shows with this vignette, showing Jonathan Byers pulling Nancy Wheeler through a hole in a tree that leads to the Upside Down. This is just one in a great series of Stranger Things vignettes that covers all three seasons of the TV show. 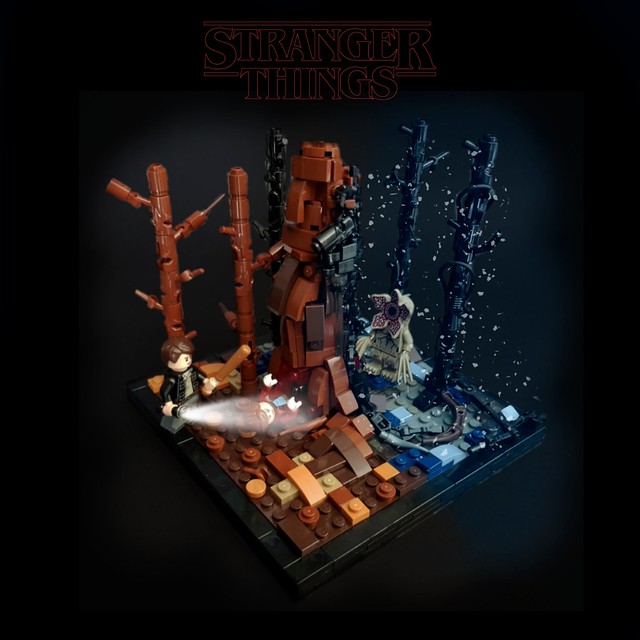 A huge thank you to each of the builders who contributed an entry to the contest — it was especially great to see so many young builders share their LEGO creations for the first time. Keep building, asking for feedback, and improving, and you could reach Jonas’ level someday too!