The Millennium Falcon might be the fastest hunk of junk in the galaxy, but she’s also the subject of many a LEGO creation. Here’s Daniel Ross‘ take on the famous Star Wars freighter, depicting the moment we first set eyes on her, squeezed into Docking Bay 94 in Mos Eisley spaceport on the planet of Tatooine. At first glance, you might think the ship is the massive official version — 75192 UCS Millennium Falcon — but no, this impressive piece of building is a custom model, all Daniel’s own design.

Beyond capturing the iconic craft’s overall shape, Daniel’s model is also packed with texture. Check out this close-up view of the functional-looking greebling which decorates the sides of the ship’s forward mandibles. 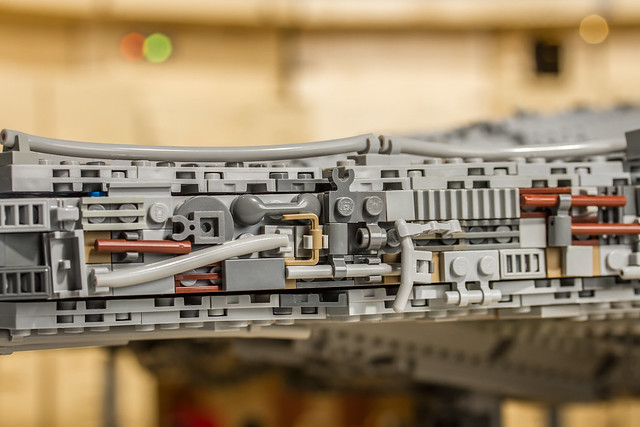 The attention to detail lavished on the Falcon also shows itself in the surrounding docking bay. The wall texturing is nicely-done, with protruding bricks and isolated patches of darker colour breaking up what might otherwise have been a mass of tan. And nestled in the alcoves, you’ll find lovely elements which perfectly conjure up the seedy dusty backstreets of Mos Eisley… 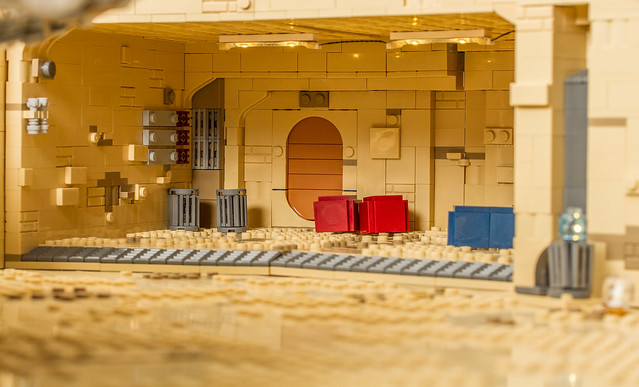 And finally, as if the model wasn’t impressive enough, the docking bay is fitted with a lighting system. I’d love to see this creation “in the brick”.