Back in 2017, Maelven teased the LEGO community with First Contact: The Drone. This small, intricate build fit in nicely with Maelven’s other vehicular creations, but would remain an enigma for years. Was it a spaceship? A creature? A bit of both?

Fast forward to 2019, and the reveal of First Contact: Ktulu Awaken! We finally learn where the drone came from, but we’re left with even more questions than answers. Described as a “scary alien thingy” all we know for sure is that it’s huge. Clocking in at just under 100 studs, this monster of the space lanes appears to be part squid, part Reaper from Mass Effect, part battleship, and maybe even a little electric guitar thrown in for good measure. Whatever its true nature, it contains some really excellent building techniques and part usage.

Red Technic panels provide the suggestion of mandibles, while the rest of the red hull sweeps back in well-constructed curves. Touches of white detailing in the body echo the biologic greebling, tying the whole build together. The use of a tan dome for the central “eye” also works really well (if that is an eye). The underside has a very organic feel, with the repetition of Bionicle feet and other tan elements giving a very lobster-esque vibe. 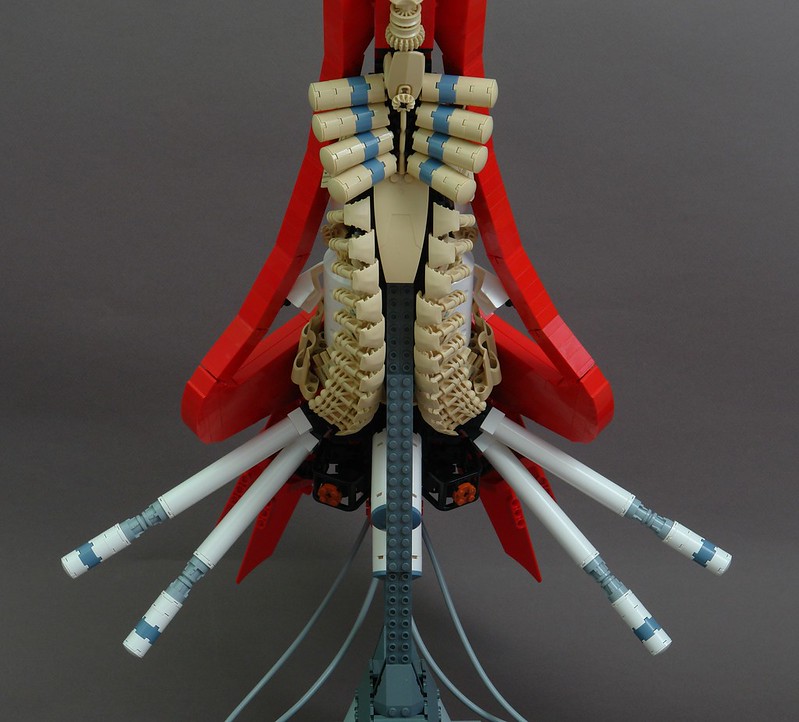 Whatever the true nature of Ktulu ultimately is, there’s no denying it’s an awesome creation.