Despite the vehicles from the Star Wars movies being built time and time again, from endlessly re-hashed official sets to uncountable builds from the LEGO community, sometimes a fan creation comes around that makes you say “Wow.” This Imperial AT-ST by GolPlaysWithLego is one such build, capturing the likeness of the scout walker impeccably. The hips have the wobbly look that is so distinctive of the aptly-nicknamed chicken walker, always sorely lacking in official sets, yet it still seems solidly put together while maintaining excellent proportions — it’s certainly the best I have seen. 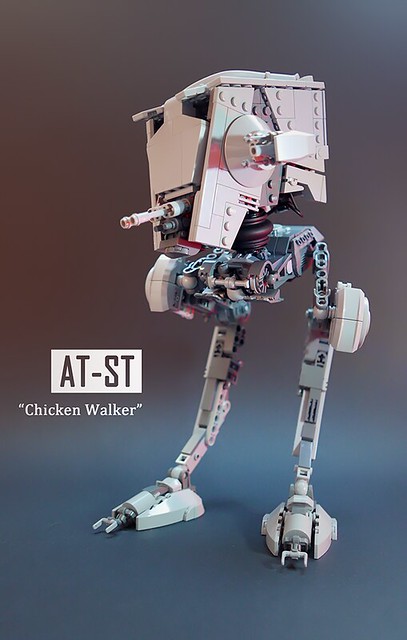 The fine shaping of the cockpit (or head) stands out, but the most impressive area of the build is the “torso”, where the legs and cockpit connect together. An inside-out tire gives a great look for the neck, and some Speed Champions rims provide sublime greebling, too. Other notable greeble elements include the jackhammer on the back of the cockpit and skis under the torso. The gun on the port side includes binoculars, ski poles, and one of the armor plates from buildable figures. “Illegal” connections abound, allowing for the precise detailing that elevates the build over the rather pedestrian official sets. 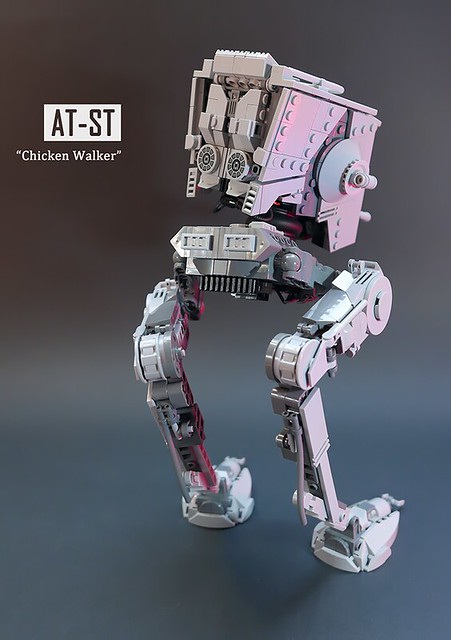 Best of all, it has a full interior, too! Now we just need to have a Tarzan-yelling Wookiee and a couple of adorable little furballs drop in from a swinging vine. Or else see how stable those wobbly hips really are by having it walk over some rolling logs. 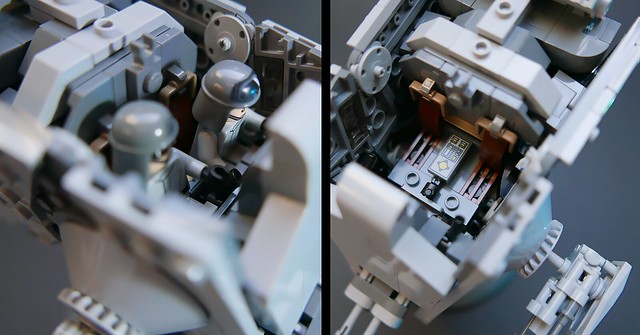