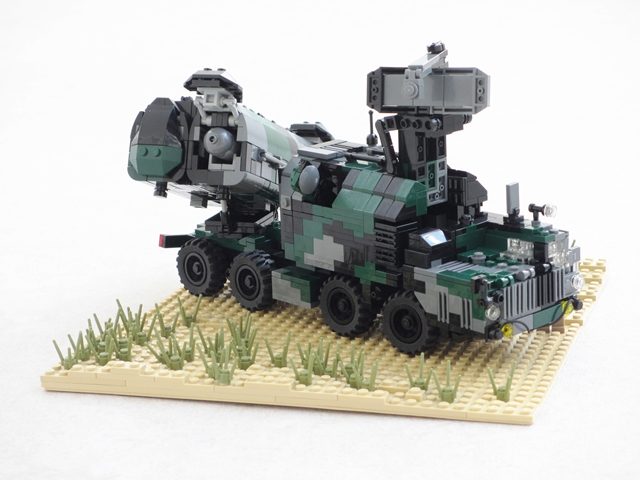 In early August, I’ll be at BrickFair Virginia, displaying LEGO models in a Cold War military collaboration. I’ve written about several of these in the last few months. I also intend to highlight some of the models by other builders who are participating. I’ve mostly built Western systems for the collaboration, so I wanted to build another Eastern block model. I specifically wanted it to be East-German because the division between East and West Germany was central to the Cold War.

My first thought was to rework my Iranian Scud launcher into an East-German version. However, whilst looking for pictures, I stumbled across the “Rubezh” (Russian for “Frontier”). This uses the same eight-wheeled MAZ-543 chassis as the Scud launcher. But, instead of a ballistic missile, it carries a large trainable launcher for two massive SSC-3 “Styx” anti-ship missiles, a radar system with a mast-mounted antenna to search for ships over the horizon, and an armoured shelter for its operators. The East-German Navy used such systems on the Baltic Coast. I thought it looked stupendous and I wanted to build one. 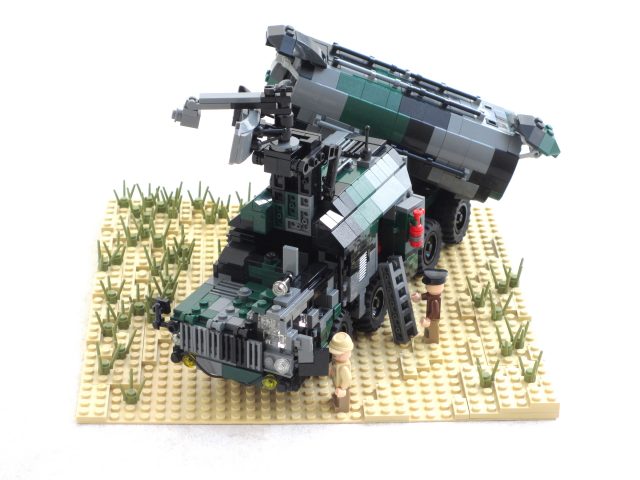 I loved building it. For a start, I like building camouflage. I also like building working features. For transport, the radar mast can slide down and the launcher can be aligned with the chassis. The cab and the shelter have opening doors. The doors that cover the ends of the launcher can swing open. Unfortunately, the structure required to build the shape of the launcher precludes fitting proper representations of the missiles. With the doors open, however, I can insert a missile front end into it so that it looks as though there’s a missile inside. I am very much looking forward to displaying it.