The first and only thing that came to mind when I set eyes on this space colony was Matt Damon.
The Martian is a movie starring Matt Damon. who’s stuck on Mars and is forced to find a way to feed himself or face death. Jon Blackford’s Hydroponics Research & Development Facility looks like a page pulled right out of the potential sequel to author Andy Weir’s The Martian — mass production of food to sustain a colony.

Although everything is built in a monotonous spread of grey LEGO bricks, the excellent techniques and great lighting breathe life into this scene, giving viewers a surreal experience. 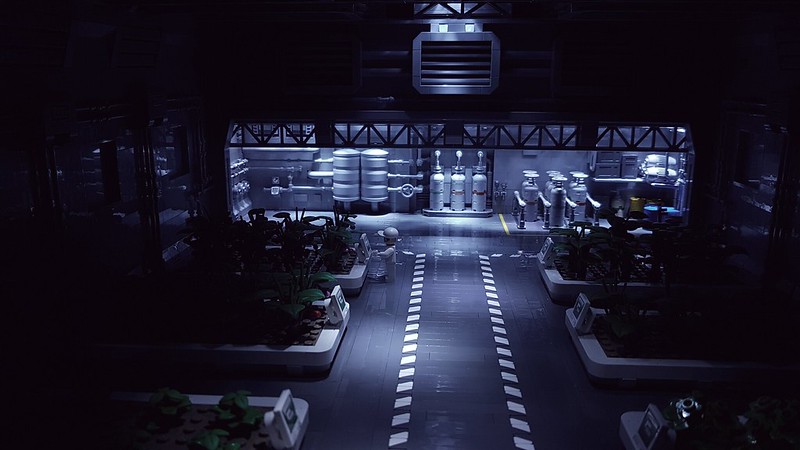 The various scenes in this build include a spotless white laboratory filled with tiny details that delight, including alien plants species, beakers, and Erlenmeyer flasks with green goo extracts. 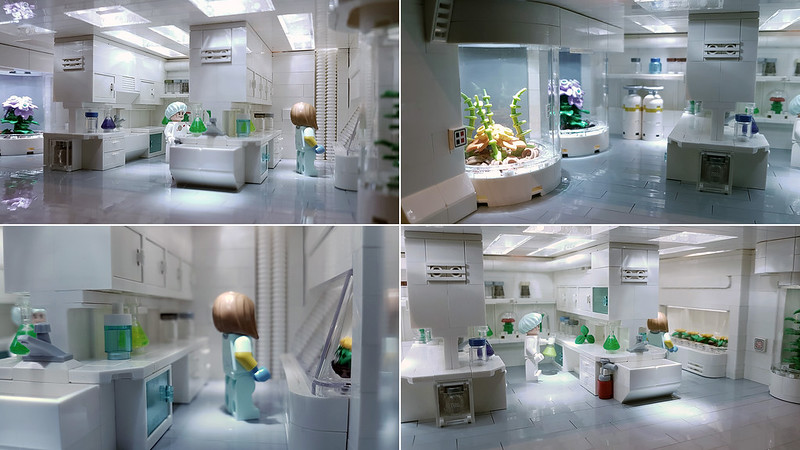