A builder going by the name of Gonkius has built a SHIP called WA:59, or The Wasp. According to the Triassic era LEGO builder gods who made this stuff up, SHIP stands for a Seriously Huge Investment in Parts that must exceed 100 studs in at least one plane. Not only does this creation satisfy that definition, but the builder went the extra mile with some neat LED light up features both fore and aft. Aside from its striking yellow and black striped color scheme this sleek craft bears little resemblance to an actual wasp from the side.

However, when viewed from the front at a three-quarter angle, the resemblance to a wasp becomes more apparent with a feature replicating the compound eyes of an insect. The glowing alien heads beneath the canopy are an excellent touch. Strangely, this SHIP looks as if it would feel equally at home in space or under the sea…or perhaps ruining your next picnic. 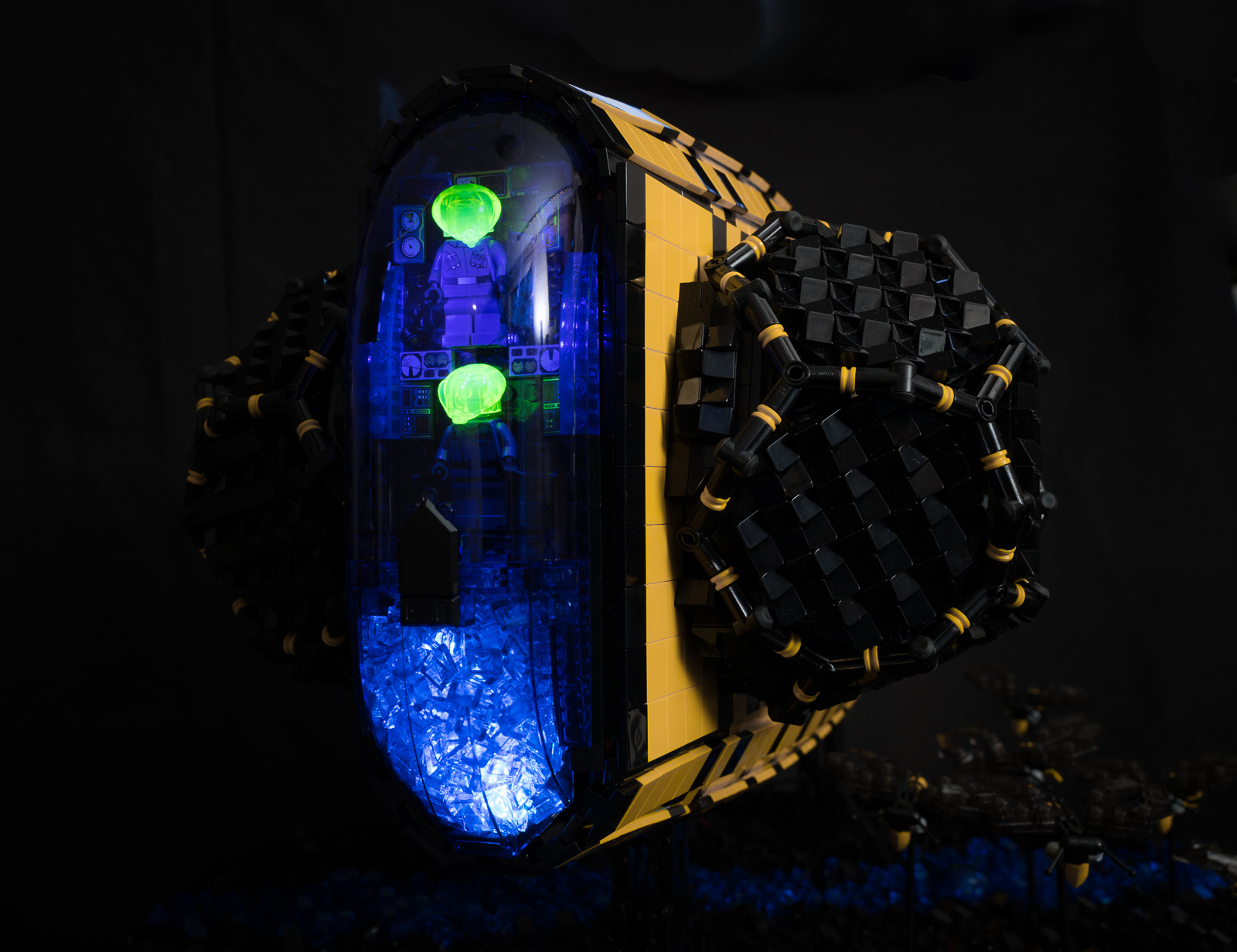