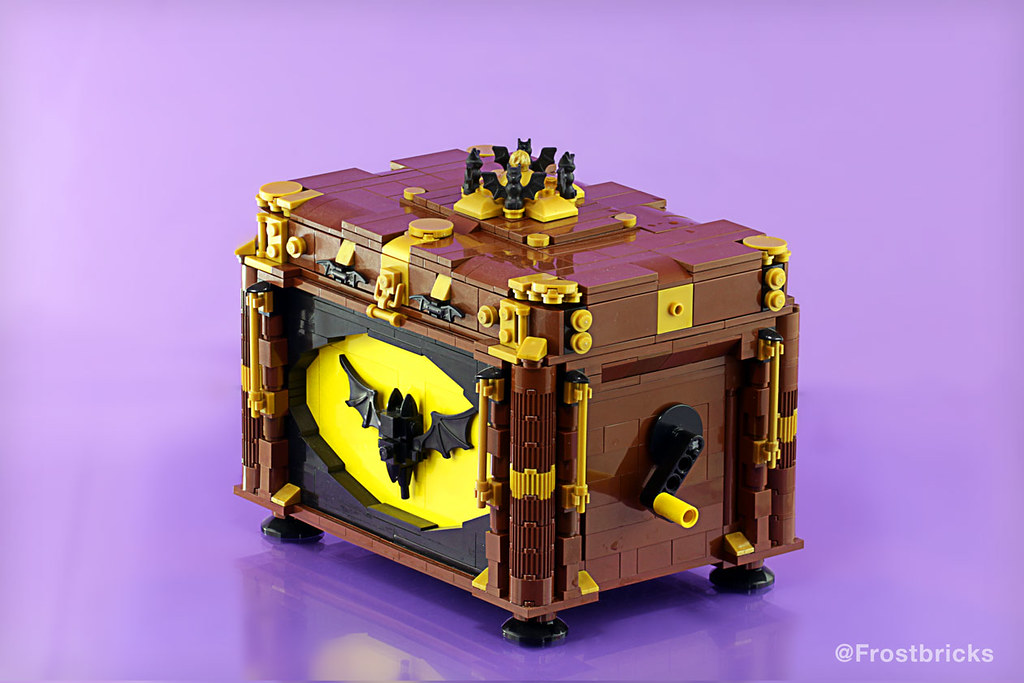 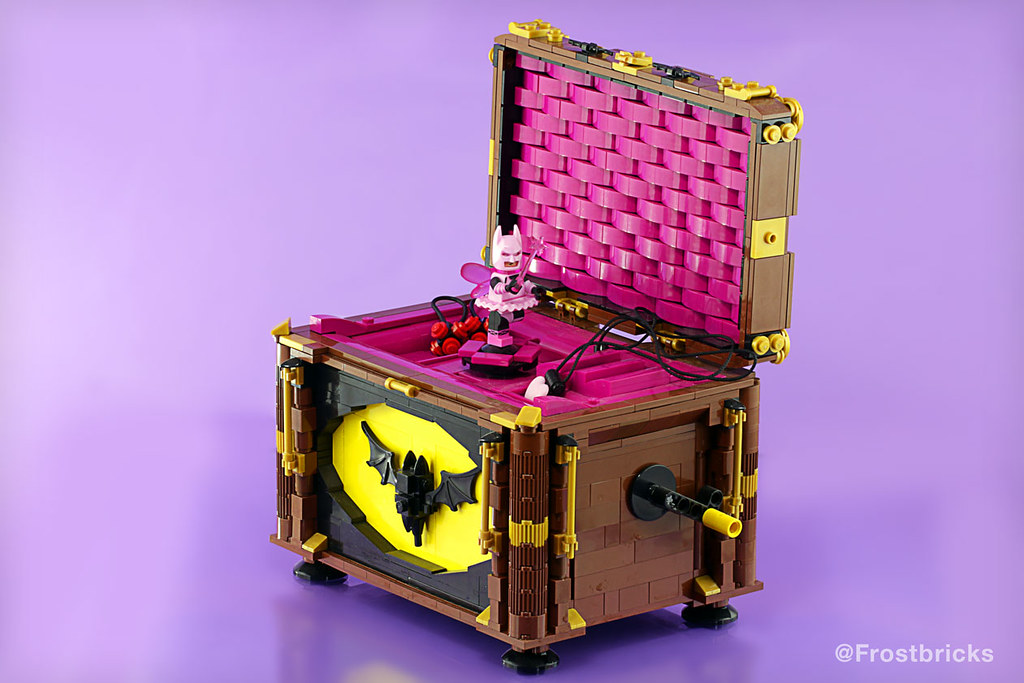 Lifting the lid reveals an eye-catching magenta interior. The basket weave pattern on the inner lid provides nice texture and personality. There are even spaces to store all your important Bat-Jewelry. And at the center of it all is the Pink Crusader himself, spinning in an eternal dance to the dulcet tones of Greensleeves.