The 2003 TV series Star Wars: Clone Wars has always been one of my favorite pieces of Star Wars filmography. As a child, I think it was the first Star Wars saga I had ever seen. Yes, some of the moments in the show were impractical and far-fetched compared to those depicted in the canonical movies, but I think that’s what made it so memorable. Lancer bikes were a prime example. Why one would need to fight with lances in a world of laser cannons and starfighters, I don’t know, but it made for an epic and memorable scene. I’ve been trying to recreate the lancer bikes in LEGO for some time now with the goal of making the definitive version. Originally I had one that could seat a full figure, but it didn’t look the greatest, so I opted to disassemble the legs of the figure and made a version that ended up looking much more accurate. 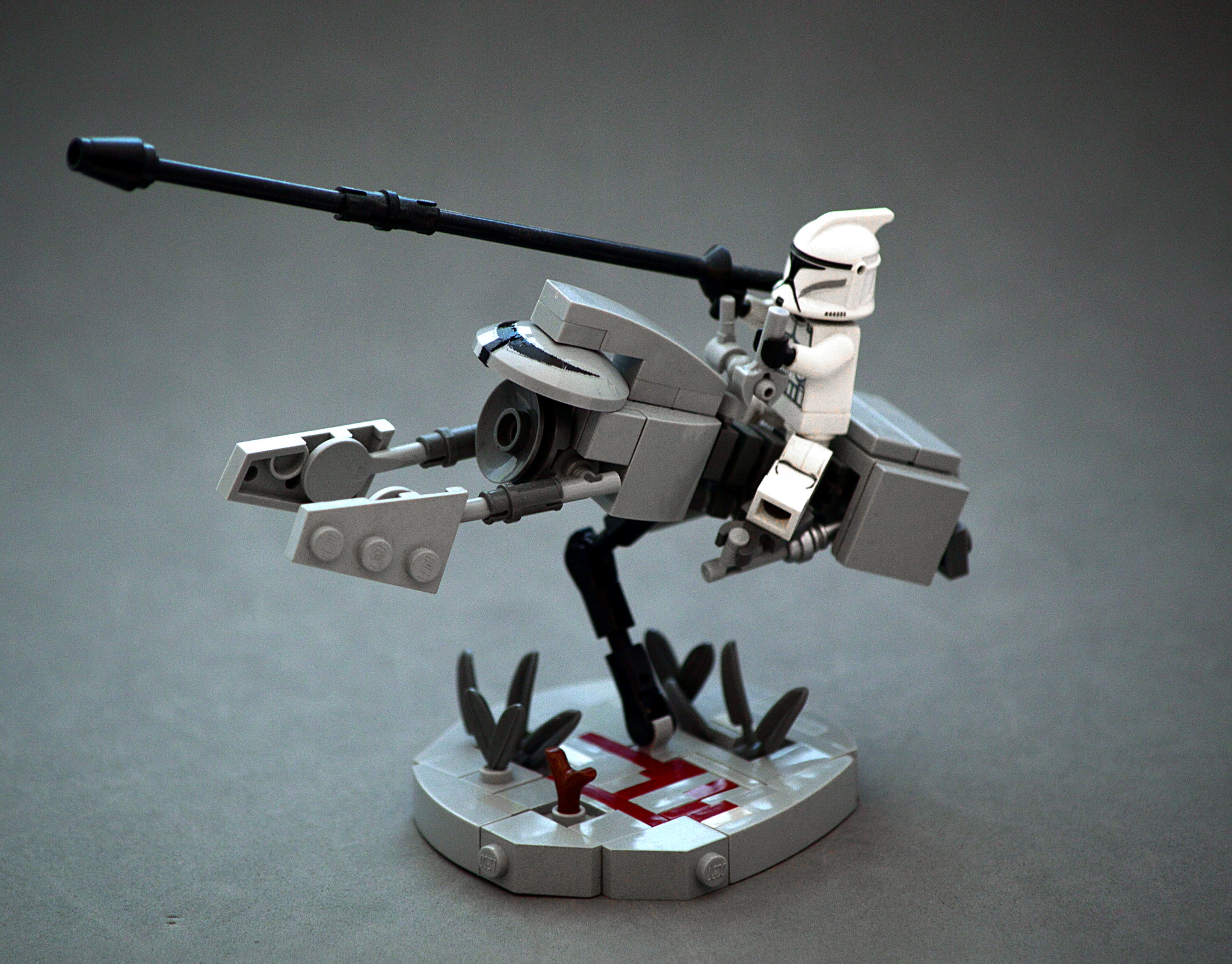 While the dark red pattern on the stand is likely blood from a recent battle, I placed it there as a sort of allusion to the frequent dark red explosions that occurred in the series.